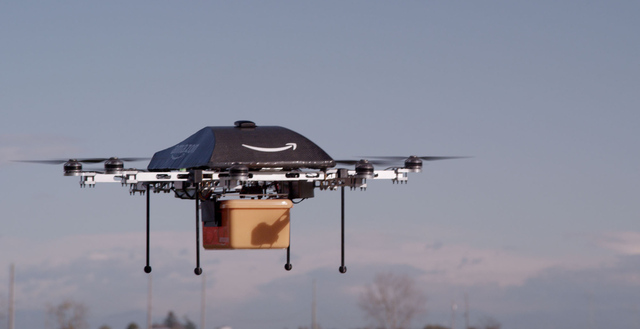 Amazon and the FAA have confirmed to the Washington Post that the company chose an international location to shoot its concept video for Prime Air, the drone delivery service CEO Jeff Bezos says Amazon plans to debut in the near future. That's because the commercial use of drones is currently illegal in the United States, pending new regulations set to be issued by the FAA in 2015.

The laws concerning drones are far more relaxed in neighboring countries like Canada, which is a relatively short trip from Amazon's headquarters in Seattle, Washington. And while commercial use of drones is illegal, numerous photographers and cinematographers working on projects in the United States have confirmed to The Verge that the use of drones to achieve aerial shots is common.

American advocates of commercial drone use point to situations like this as proof that the United States, which has been a leader in developing small unmanned aircraft, risks falling behind the rest of the world in terms of developing drones for business, due in large part to the lack of a complete regulatory framework.