I am working on a VTOL concept and thought I would post it here.  I hope to get as much feedback as possible from anyone who has any.  The depicted airframe is the simplest embodiment that would be capable of both rotary and fixed wing flight.  Alternative versions could look very much like a conventional helicopter having a stationary fuselage and a very small tail rotor or control surface.  This is basically just my website copied and pasted.  This is a concept only at this point, no prototype. Also, the ducted fans were just for simplicity for the animation, not necessarily for the working aircraft.
Thanks for looking. 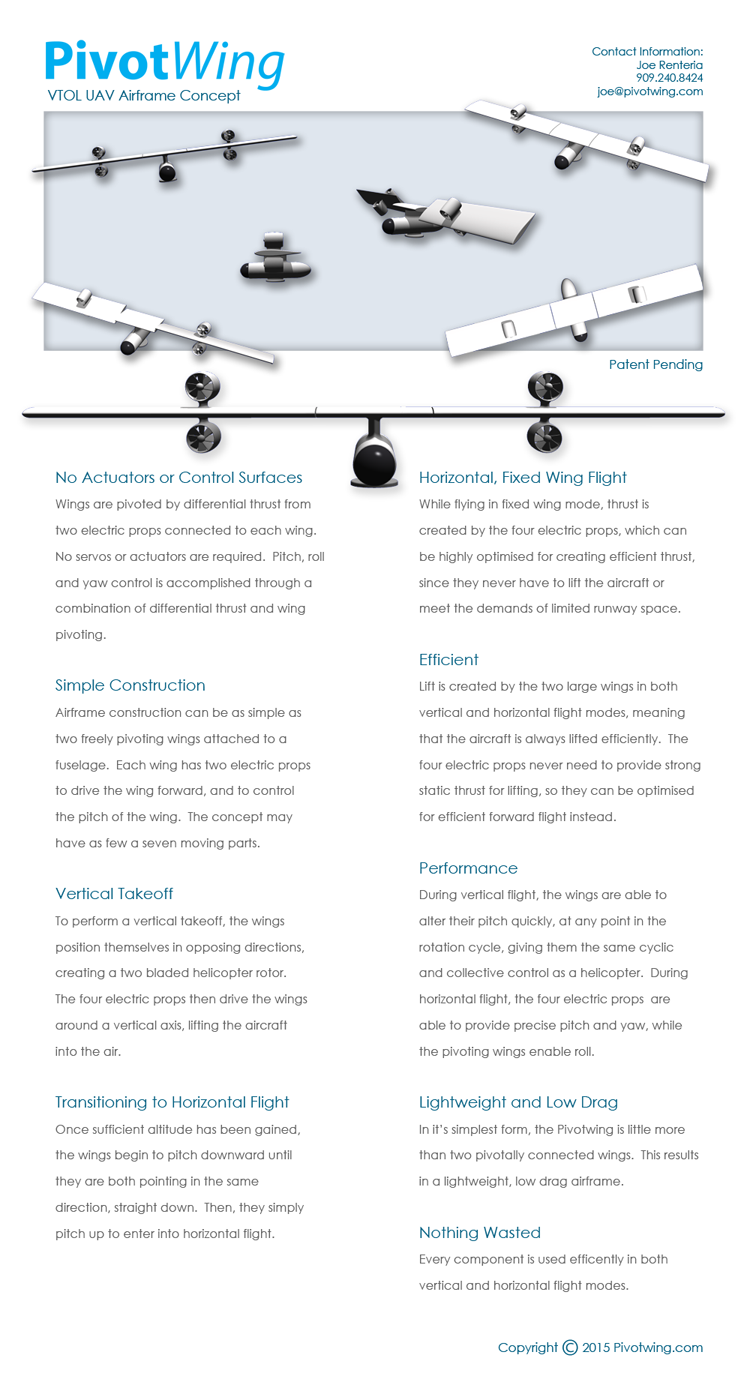