On the weekend I did a 425km flight with my Vigilant C1.

John Smith and Gene Robinson of RP Flight Systems supported me by providing the Vigilant C1 airframe. It has a 3m high aspect wing and loads fuselage space making it ideal for long endurance missions.

In terms of flight testing the biggest performance gain was from tuning the powertrain setup. I tested two options, a 4S battery vs a 6S battery with the stock 300kVa motor. The 6S with stock motor won hands down with a performance difference of around 25%.

I tested each parameter by flying repeated circuits of an octagonal test lap and analysing the telemetry log files to work out the power consumption. I could calculate the watts used and the distance covered to work out the best settings. I could extrapolate those figures to see how far I could fly if I used the full battery load.

One dilemma I faced was concerning the flaps. With such an efficient airframe heavily loaded I wanted flaps to control the airspeed and glideslope for landing. But I didn’t want to power the flap servos and carry the weight for the whole flight when I only needed them for 30 seconds at the very start and end of the flight. In testing I gradually reduced the flaps each landing and was relieved that I could land easily with a long low approach. I did however have trouble taking off. I used a bungee that dragged the plane along the ground. Even though I achieve plenty of speed, the fact it was on the ground meant I couldn’t rotate to pitch up. With flaps I had enough lift to take off every time but without them I couldn’t.  It took three attempts without flaps the first time to get airborne and even then it only happened because I hit a bump that bounced me up off the ground. I decided to remove the flap servos and glued the flaps in place and I made a ramp out of some plywood sheets and used that for the first time for the record attempt.

With the 6S setup I used a HobbyKing power module and the figures it gave in testing seemed too good to be true. I calibrated it against the amount of energy the charger put back in and that showed the power module had been underreporting the current used by about 25%.

I watched the weather and picked the best day I could have hoped for. It was very calm for the first half of the flight with only a light wind later in the day. I flew a large loiter circle (guided mode) with a 600m radius giving almost 2km per lap.

I tracked distance covered vs battery voltage and vs battery percentage remaining and found gave very consistent results that sat just above the 400km projection line all day. 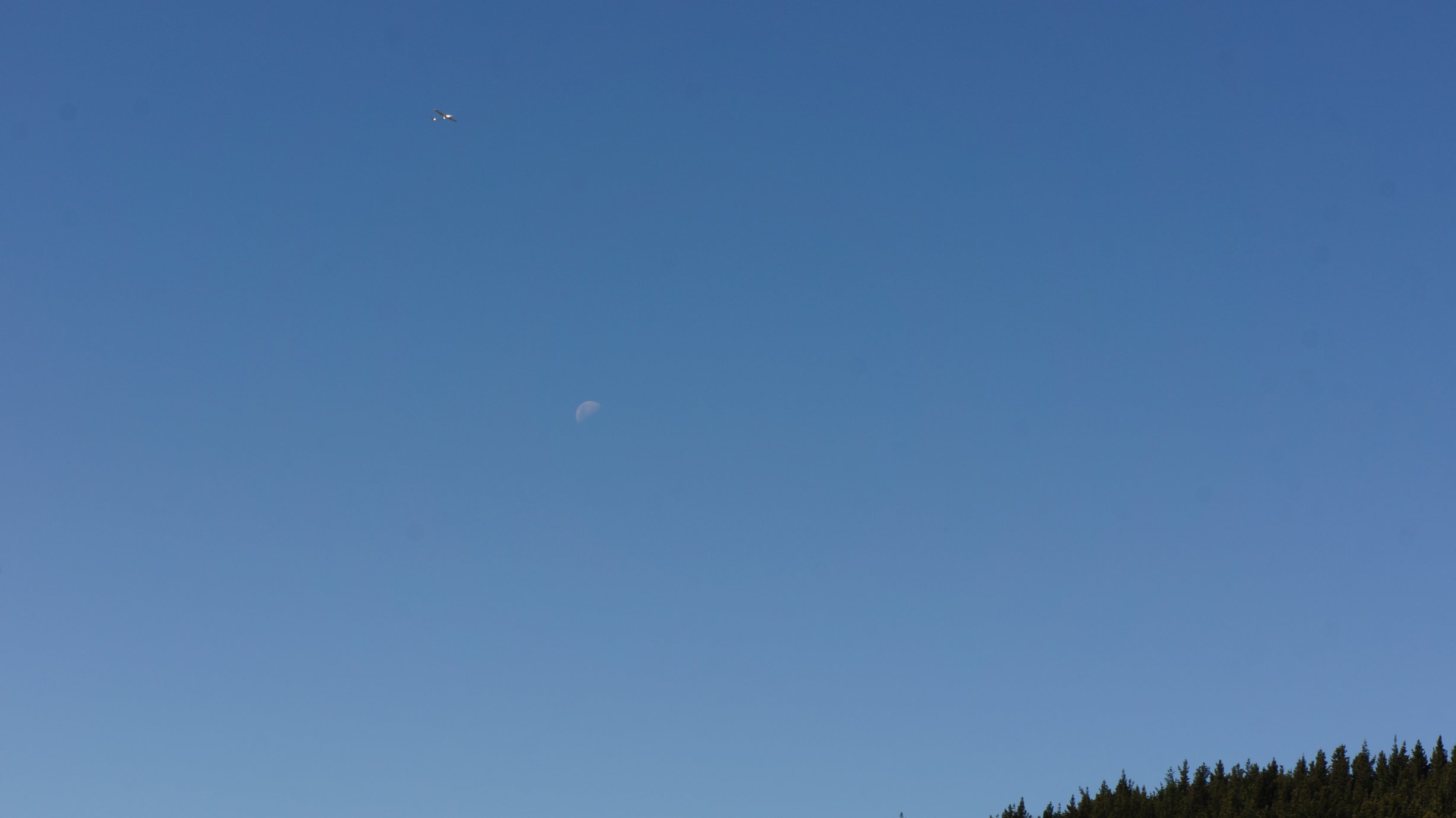 I trusted the voltage reading more than the battery percentage remaining. I knew the Li Ion batteries would be 95% depleted when they reached 3V per cell so I planned to terminate the flight at that point.

What I’m most excited about is the possibilities this milestone opens up. With an airframe like this the range limitations for tasks such as pipeline monitoring, mapping and search and rescue have just been moved to another dimension altogether.