Just a short post/update today on Terence - I've eventually found some legs I'm happy with! Yay, at last! Not the most elegant, and looks positively sinister from some angles (see above), but there we go.

Got these from quadframe, and the only fault I can find is that each clamp only clamps the leg once, and the leg angle is adjustable. I'd have preferred the angle to be fixed, and a double clamp, but it's still way stronger, simpler and sturdier than before.

(Loose wire in the pic is the Rx satellite cable...Given this thing is nearly 100% carbon apart from the aluminium arm clamps and screws, I'm upgrading it to a fully diverse system using this: http://www.quadrocopter.com/Diversity-Controller-for-Spektrum-and-Jeti_p_344.html). Sats will go on all 4 legs. 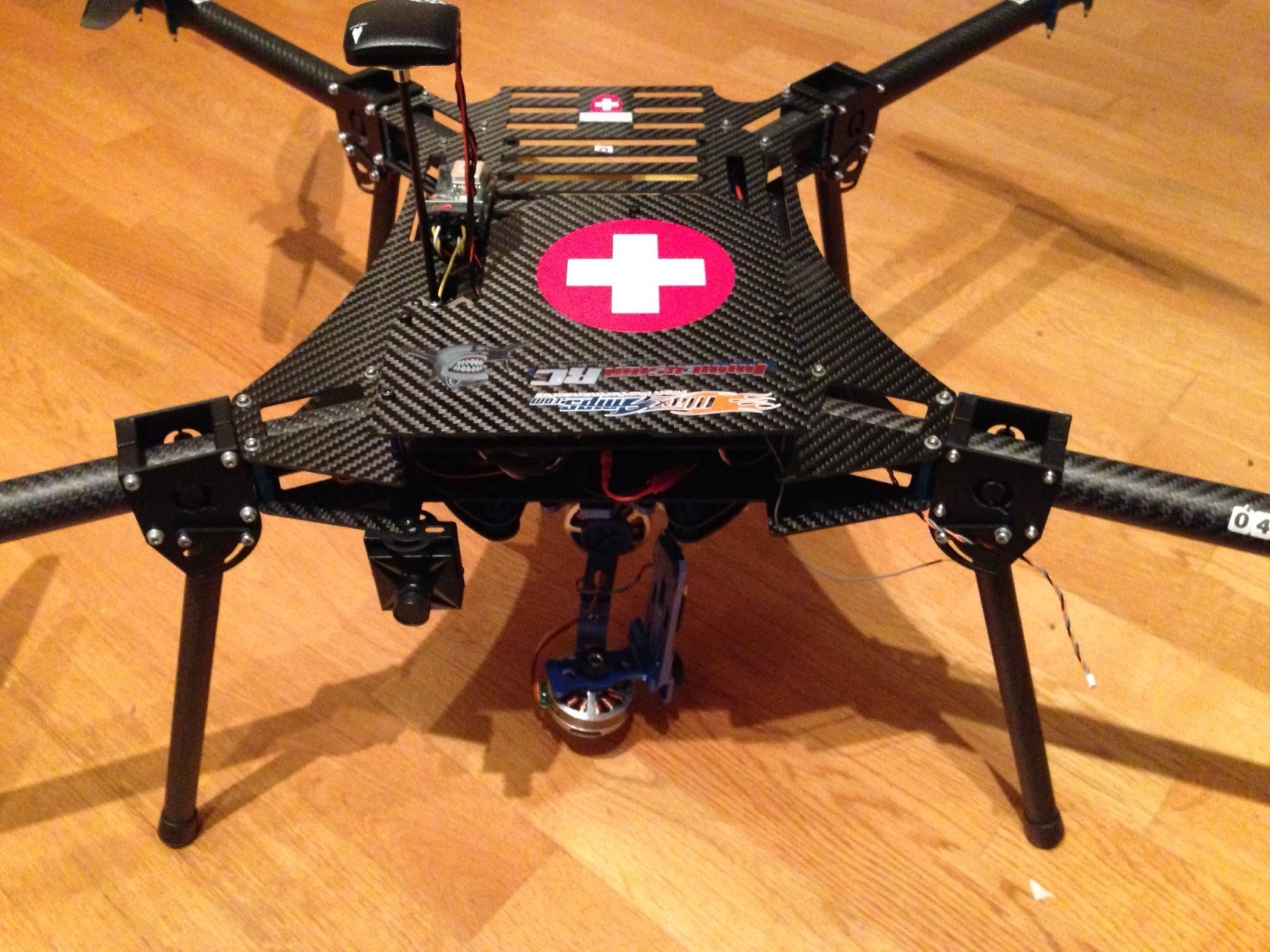 You can compare them to the old legs here. I'm going to canibalise the small plates to mount the sats on, as the legs are still 16mm I did look at "Peg legs" at the beginning, due to their simplicity, but I live in Switzerland - if you fly in winter, you need ski-style legs, even if it mean you need to add foam in winter. Peg legs, you don't have that option, and you're going into the snow, rather than onto it. Your gimbal won't be impressed...

It's now getting interesting - just waiting for the chinese holidays to end for version 1.2 prototype to get cut...all the pixhawk holes are configured and ready for the accessories when they get released. And this is the "gold" prototype, which will be release to beta testers at some point in March. 2 of the testers are on here, so hopefully you'll get to hear just how good/crap Terence actually is! After a couple of months of testing...make some tweaks from the beta test comments, then production!