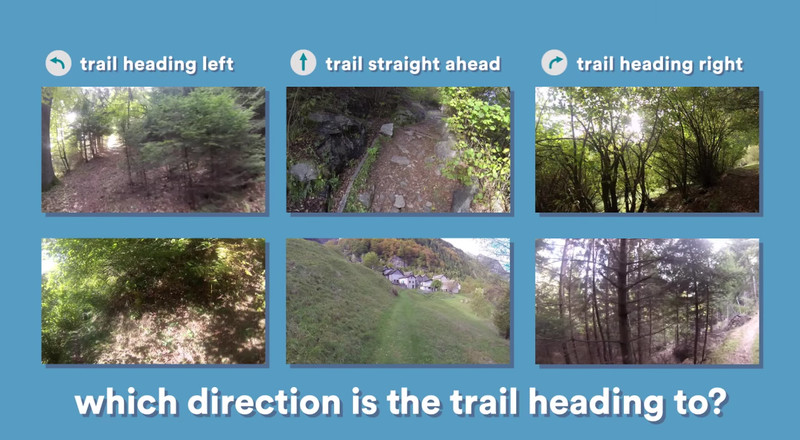 Autonomous drones have already mastered the wide-open skies. DHL, Amazon, and Google have each demonstrated self-piloting drones that can deliver packages — in fact, the latter two, as The Verge recently reported, are ready to implement full-scale drone delivery operations in the US and are simply waiting on regulators to get out of the way. But drones that can fly autonomously in complex environments with multiple obstacles (i.e. not the wide-open sky) are another story.

Navigation in terrains that are densely populated with obstacles is an ongoing challenge for researchers. There’s been some headway by a team at MIT, who last November demonstrated an autonomous drone avoiding trees while flying at high speeds in a wide-open field. Now, a group of Swiss researchers have developed technology that allows drones to autonomously navigate forest trails, a development they say could one day aid in search-and-rescue operations.

The group, comprised of researchers from the Dalle Molle Institute for Artificial Intelligence, the University of Zurich, and NCCR Robotics, used deep learning neural networks to tackle the challenge of training an autonomous drone to navigate a densely wooded forest. Teaching a computer to recognize the direction of a trail is a complex task. It can even be difficult for a human to determine the direction of a trail. Just take a look at these photos of trails taken by the researchers and try to determine which direction they’re headed in:

In order to train their algorithm, the researchers mounted three GoPro cameras to a headset and took off on hiking trails across the Swiss Alps. One camera was pointed ahead of the hiker, one to the left, and one to the right. After hours spent on these trails, the researchers had snapped over 20,000 images (images in front of the hiker and on either side). Then they used these images to teach their algorithm what the boundaries of a hiking trail should look like.

The result was a deep-learning algorithm that allows a drone equipped with a single forward-facing color camera to navigate a previously-unseen trail completely on its own — no human interaction whatsoever. The algorithm, the researchers claim, was even better than humans at determining the correct direction of the trails it traveled on, guessing the correct direction of a trail with 85 percent accuracy. Humans tasked with determining the direction of the same trails were able to do so correctly only 82 percent of the time.

The team cautions that these results are still in very preliminary stages. But while there’s a lot more work to be done before autonomous drones will be able to search forests for missing people, the researchers believe their work is a good sign of how deep neural network will allow autonomous vehicles to navigate situations that involve complex and highly dimensional inputs.

Check out the algorithm in action in the video below — which is scored with some pretty rad glitchy video-game music — posted by the researchers.