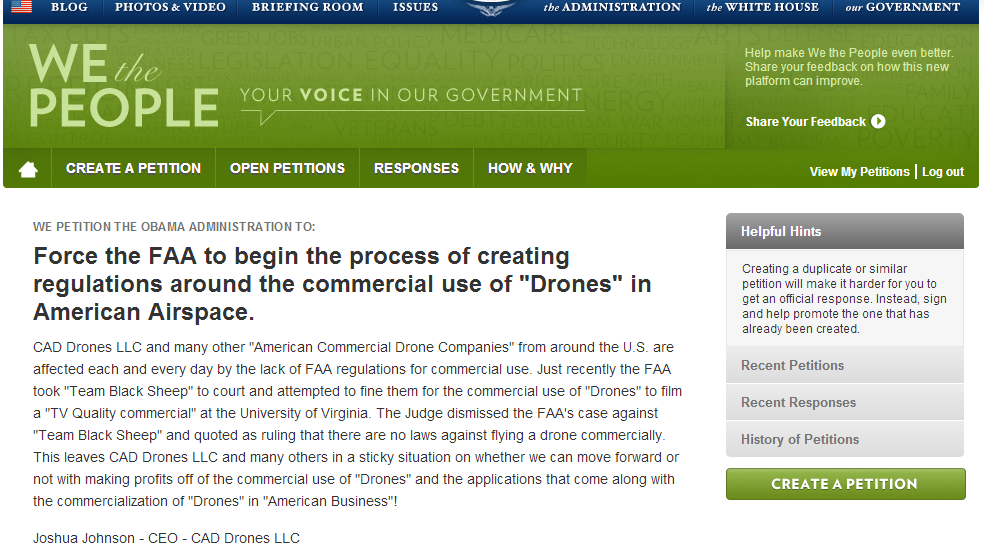 This is your chance to change things with commercial drones and the FAA.  Feel free to sign my petition and lets change the "Drone Market" in America for good!  The current ruling of the "Team Black Sheep" case has all us in a sticky situation.  Please feel free to let me know how you feel about my petition and any concerns you have with my petition.