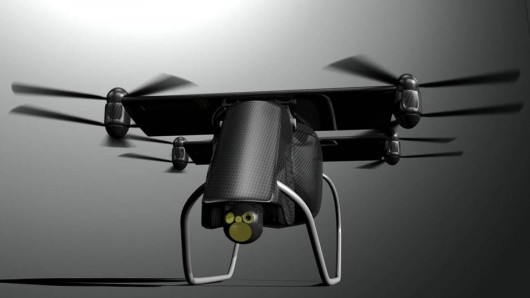 With the number of multi-rotor drone concepts competing for a narrow market share, you really need a unique selling point if you want to get your project off the ground. In the case of the developers of the Cargo Unmanned Air System (UAS), their point of difference is to claim a massive 60 kg (132 lb) lift capacity for their proof of concept, with the promise of an eventual production unmanned aerial vehicle that can carry payloads of up to 400 kg (880 lb) with automated "sense and avoid" capability.

The UAS team envisage that items such as mail and parcels, food and water, or even medical supplies and emergency equipment could all be delivered more quickly and securely than is possible with ground transport. As such, they argue that the increasing overcrowding on highways could be avoided using such a system but, more importantly, they believe that in emergency situations such as floods where existing road infrastructure has been damaged or is otherwise impassable, their UAS could be deployed to deliver medical supplies or food to stranded people.