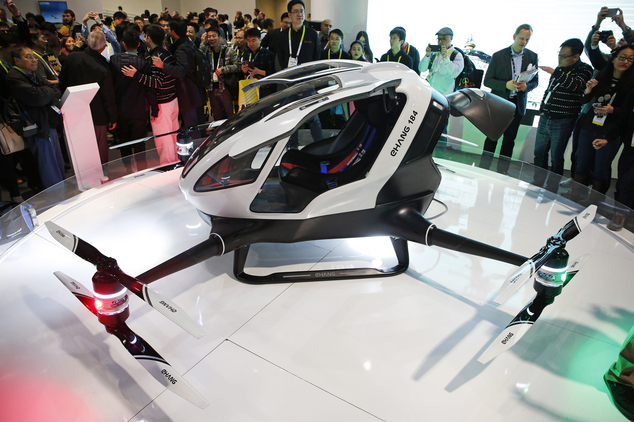 The Guangzhou, China-based company pulled the cloth off the Ehang 184 at the Las Vegas Convention Center during the CES gadget show. In a company video showing it flying, it looks like a small helicopter but with four doubled propellers spinning parallel to the ground like other drones.

The electric-powered drone can be fully charged in two hours, carry up to 220 pounds and fly for 23 minutes at sea level, according to Ehang. The cabin fits one person and a small backpack and even has air conditioning and a reading light. With propellers folded up, it's designed to fit in a single parking spot.

I wonder if it uses PixHawk? Comments?