Chris Anderson interviewed on moving manufacturing from China to USA

'Made in USA' not just Apple 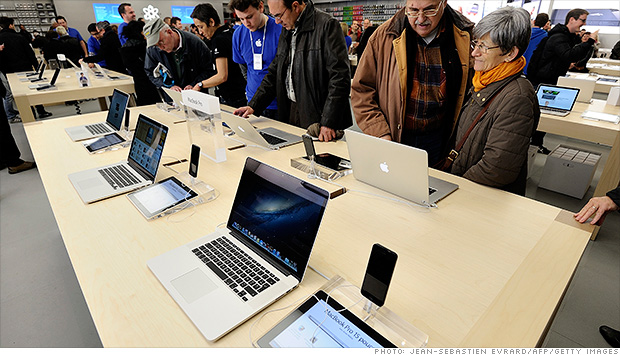 Apple's announcement that it will shift some of its production back to the United States hopefully will encourage other companies to follow suit, manufacturing industry insiders said -- even if Apple's move is mostly a symbolic step.

"Anything that Apple does, from design to manufacturing, is hugely influential," said Chris Anderson, the former editor of Wired magazine and now CEO of San Diego-based 3D Robotics. "Other companies could look at this and say, "If Apple can do it, so can I.' "

Apple (AAPL, Fortune 500) CEO Tim Cook said in recent interviews confirmed by CNN that his company, which currently does most of its production in China, would invest $100 million to bring some of its Macintosh manufacturing back to the U.S. next year.

Apple's move isn't surprising. It follows a continuing pattern of American companies bringing manufacturing back home due to rising labor, supply and production costs in China.

"China isn't cheap anymore. And you also worry about the political risks and the environmental cost of doing business there," said Anderson, whose firm creates consumer drone technology. He moved his company's production out of China two years ago, setting up manufacturing facilities in San Diego and Tijuana.

Anderson said making his products closer to his customers has actually turned out to be cheaper. Instead of manufacturing in bulk as he did in China, he ramps up production as orders come in. He also saves on shipping and other distribution costs.

Nice to see Apple doing this; I suspected this would happen eventually, and it's nice to know that I wasn't far off.