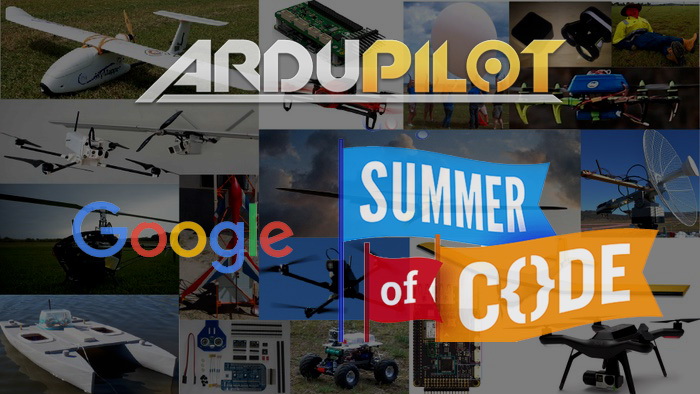 Every year Google proposes to fund students for the summer with its GSoC program, where open source organizations and students are announced  through a highly selective process. This year was the first time Ardupilot applied as its own entity, and Google just granted it  four student  positions. No doubt due in part to the high number of student proposals submitted to Ardupilot, and the high quality of many proposals.

This is great news for the drone and robotics community, professional companies, DIYers and professionals alike, and the open source world.  With lots of new development in perspective, adding to the already fast paced and steady stream of Ardupilot development and innovation.

Congratulations to the student accepted, who will be individually mentored through the summer by some members of the development team. More information about the proposals and selected students can be found here.