Four years ago, Chris Anderson posted a list of delayed Kickstarter campaigns. I was intrigued by this list and came back to it a few times over the years. 2014 and 2015 was the peak of the drone hype. 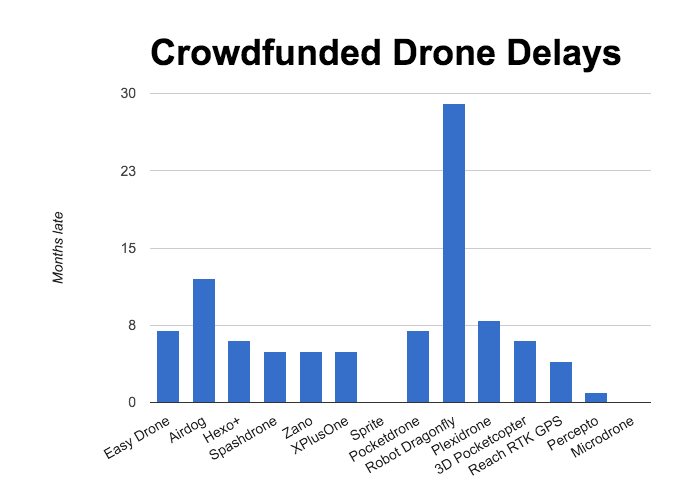 Here is the updated spreadsheet. Let me know in the comments if I made a mistake.