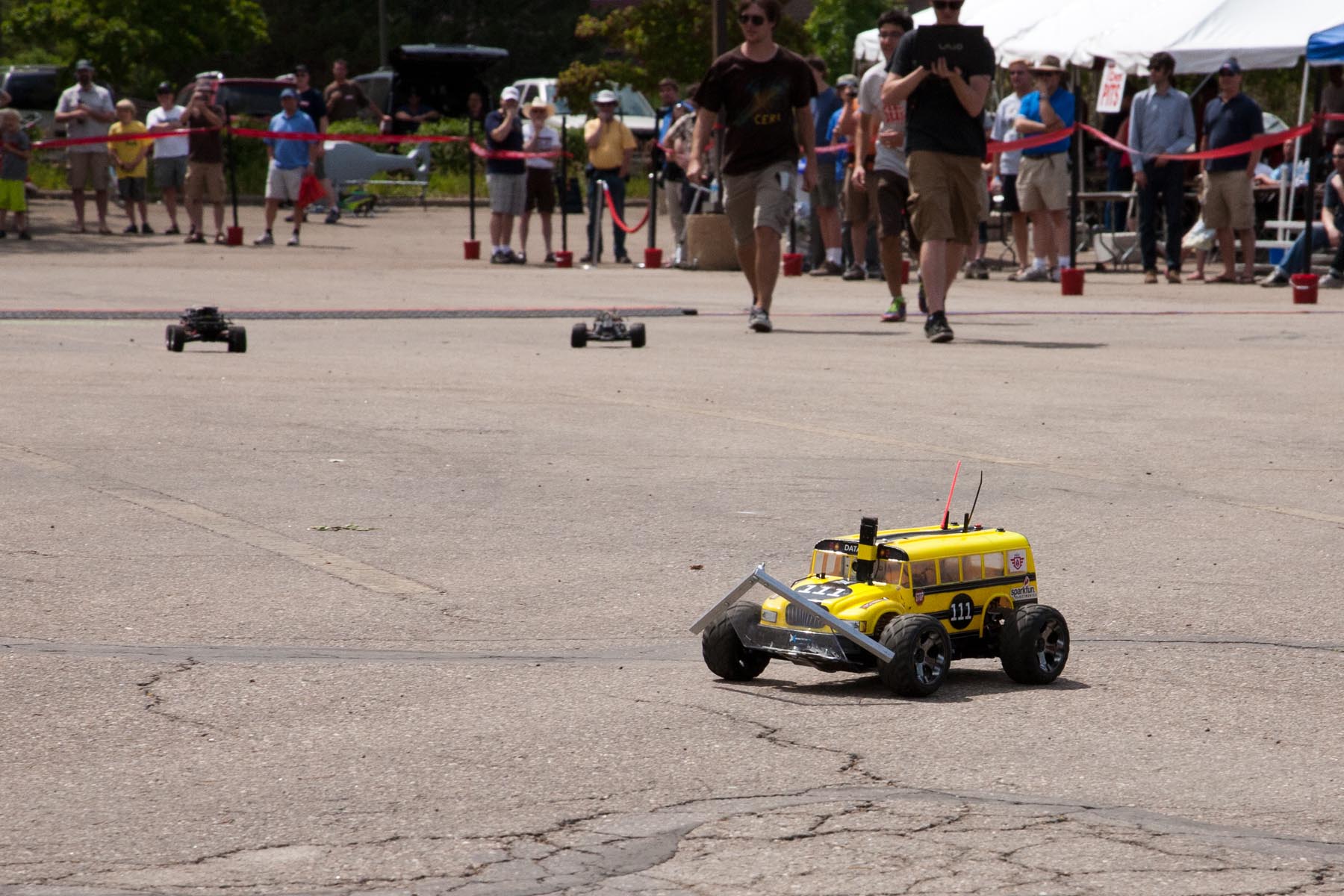 Data Bus mbed baseboards are now available on Tindie as a fundraiser! I figured maybe some folks wanted to experiment with their own algorithms and want a head start on their 2014 AVC ground vehicle entry. :) I ordered a very small run from OSHPark (hopefully they arrive before June 8, but if not oh well), but will order more as needed.

This baseboard is in its fifth revision (version 4 was onboard when Data Bus took 3rd in the 2012 AVC).

On Data Bus I run external power supplies, a separate encoder schmitt trigger board, a safety cutover so I can take control of the robot during testing, and I also run a Venus GPS, Pololu MinIMU-9 (for x axis gyro).

All the code is open source: