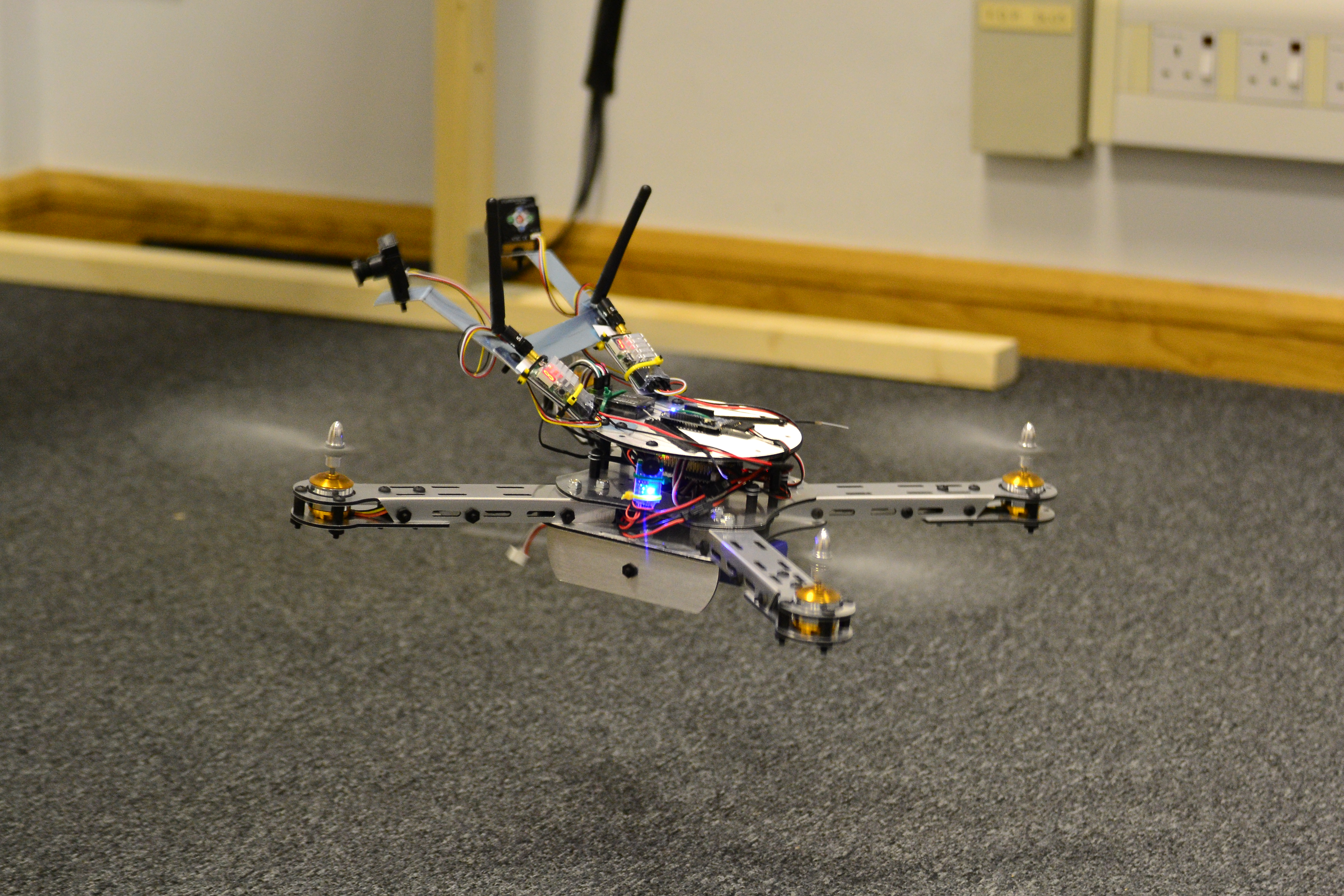 Inside the Green Brain Project’s labs in the United Kingdom, drones buzz up and down the halls without the need for pilots. Instead they navigate using an “artificial bee brain” that’s been uploaded into their circuitry.

It’s all part of Green Brain’s long-term goal of building a robot that thinks, senses and acts like a honeybee. To do this, scientists mapped a bee brain and recreated with circuits the neural connections that fire on and off in an organic brain. When this “brain” software is uploaded into a drone, researchers have found the bot flies in some remarkably bee-like ways.

Building a brain is not easy. The honeybee brain has more than 1,000,000 connected neurons that help it accomplish a host of cognitive behaviors. Late last year, a different team of scientists uploaded a digital worm brain into a wheeled LEGO robot, but that required them to map just 302 neurons.

So far, the Green Brain team has only recreated the part of a bee’s brain that allows it to see. Still the results were quite stunning. Using video cameras and it’s software, the aircraft flew down a corridor just like a bee trained to accomplish the same task. Currently, the virtual brains can only track motion and not colors or shapes.

Over time, Green Brain scientists want to digitally reconstruct a complete European honeybee brain and create the first robot that acts autonomously like a bee. But for now, they are focusing on recreating a bee’s visual and olfactory systems.