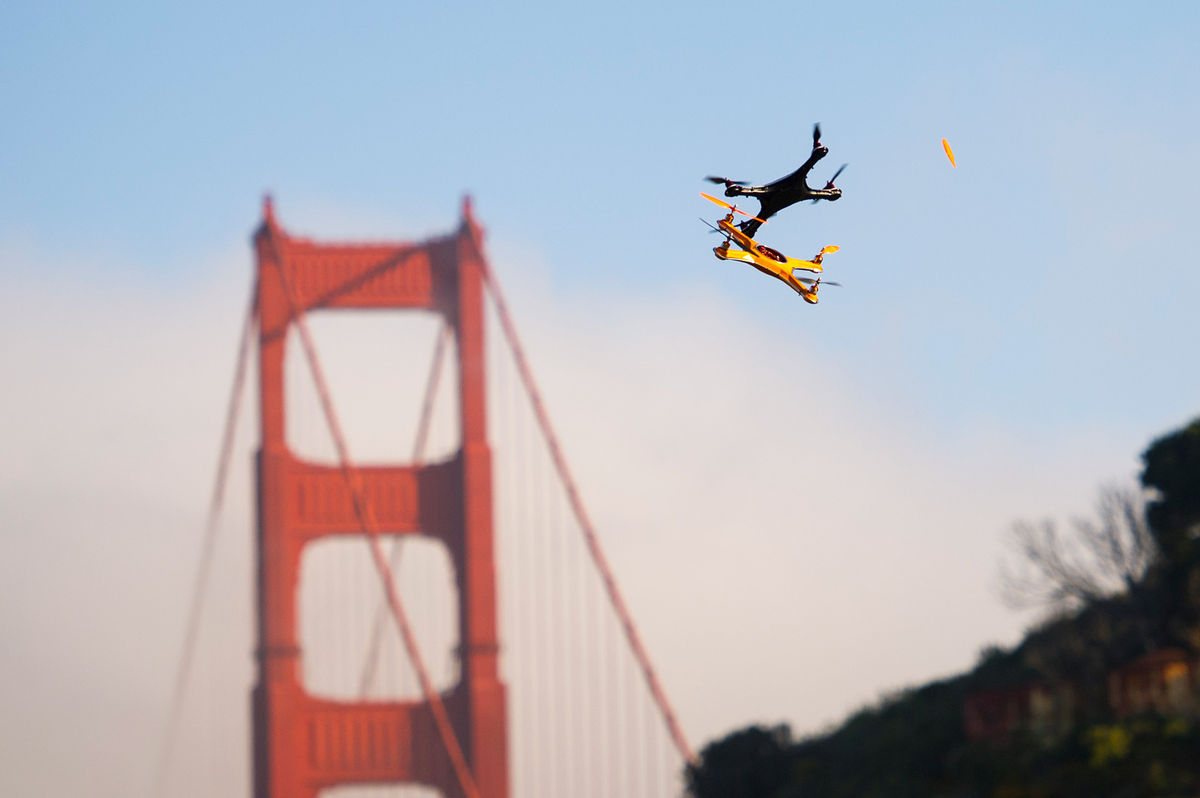 The commercial use of drones remains mostly illegal in the U.S. All the same, businesses are moving ahead with ways to profit from the small helicopters, with some assistance from the Federal Aviation Administration. In February the FAA, which is preparing drone rules, agreed to exempt State Farm from the prohibition, letting the insurer test the use of drones in claim inspections. On March 19 the agency granted Amazon.com a waiver to continue testing its package-delivery drones. And in Portland, Ore., startup SkyWard is pushing forward with a drone traffic control system that will allow thousands of the machines to fly through cities without colliding with one another or endangering people.

SkyWard is working with NASA and the world’s three largest drone makers—DJI in China, 3D Robotics in the U.S., and Parrot in France—to demonstrate that swarms of drones can safely coexist in crowded airspace. “It’s about applying the regulatory framework to a new kind of aviation infrastructure,” says co-founder and Chief Executive Officer Jonathan Evans. The software project, Urban SkyWays, is designed to resemble a conventional air traffic control system at altitudes of 1,200 feet or lower, says Parimal Kopardekar, who manages NASA’s experiments on drone coordination and whose researchers are contributing their time to the project.

Urban SkyWays would load SkyWard’s cloud software onto each drone and the computer used by its pilot, says Marcos Osorno, SkyWard’s chief technology officer. The software plots the paths of all drones equipped with it, so a dispatcher working for a company such as Amazon or UPS could log on to the system to file a flight plan and receive an automatically generated route, from pickup point to destination, to help a drone avoid other machines. The flight plans will also take into account local and federal regulations. “The first question our system has to answer is, ‘Where is it safe to fly?’ ” Osorno says.