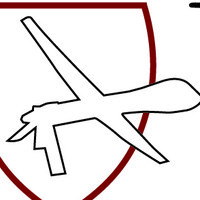 Here's the latest installment of the "Drone U" podcast from the New America Foundation. I've listened to the whole thing (15 mins), and I frankly I don't think members of this site will learn much they don't already know (the head of AUVSI explains the basics of drones, regs and the difference between an UAV and a UAS), but it's notable that they're doing this series on Slate.

Oh, and maybe "killer app" is not the best phrase for them to be using ;-)

This week, Drone U features Michael Toscano, president and CEO of the Association of Unmanned Vehicle Systems International. In this episode, Toscano discusses the upcoming transition from military to civilian uses for drones and the economic impact of the drone industry.

Toscano says that the current $13 billion global drone industry is dominated by military customers, but over the next 10 years he expects that civilian commercial applications will outpace military use of the these systems. Eighty percent of unmanned systems will be used in agriculture, where they can play an important role in addressing upcoming global food challenges.

Right now the world population is about 7 billion people and it is predicted that by 2050 there will be about 9 billion. Toscano notes that we have to find a way to feed all these additional people through higher agricultural yields. Farmers in the future will be using a variety of unmanned systems, both air and group, to help in the production of those crops.

When you look at the different phases of farming from determining ground content, to irrigation, to planting, and finally harvesting, all of these are stages where unmanned technology can be used. These are systems under 55 pounds and in some cases under five pounds, which will look very different from what people traditionally think of when they think of military drones. The Japanese government has been supporting the use of unmanned aerial systems in the agricultural sector for the last 20 years.

AUVSI recently published a report about the economic impact of the drone industry. It found that in the first three years after unmanned aerial systems are integrated into the national airspace (which is scheduled to take place in 2015), 70,000 new jobs will be created. It is clear that what these people will be using their drones for in the future will be very different from what we have seen them used for so far.

Listen to the 15 minute podcast here.