I gave much importance in this time to this idea but nobody of my colleges paid attention...

I made a couple of tests with a structure without motors, hanging from the ceiling whith springs controlling that

the tension of each spring was the indicated, the same.

and it turned out that the idea was perfectly possible.

The applications that crossed my mind were enormous, perhaps the most striking was,

to grind weeds on the facades as well as the cleaning of these and roofs, paintig at height,

delivering packages in the window...

extend even more than one meter beyond the propellers.

sustaining the same load, because the engines maintain the same thrust, like the

For some reason i never started to build it seriously...i returned today to search on the

internet, and surprise :) someone has built it, itś a small prototype, but the idea

is nailed (video above)

Of course this is not an excuse to not continue with the project,
it is much more important the execution of the idea and its team, that the idea
here i leave my pdf : https://drive.google.com/open?id=1_AORk1fc0-E-jtf8a8JXMY6YU-jdj7FV
drone study 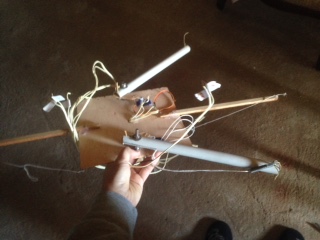 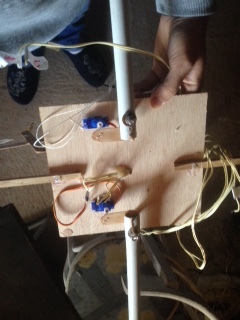 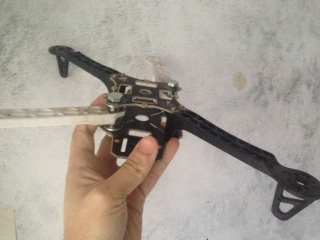