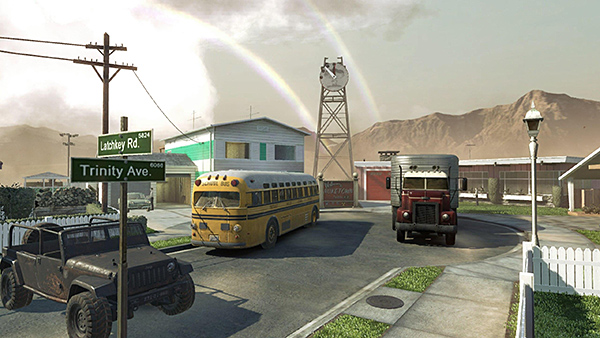 Last year, as part of Congress' mandate to prepare the American airspace for the age of the unmanned aerial vehicle -– or drone -– the Federal Aviation Administration (FAA) was ordered to designate six locations as test sites for this up-and-coming technology. These sites will be used to make sure drones are safe to be integrated into the airspace to share it with regular manned airplanes. Privacy advocates, for their part, have proposed that this is the perfect opportunity to test the drone's exceptional surveillance powers -– on fake, dummy cities specifically built for this purpose.

"You know those creepy images of the Nevada nuclear test site, with the fake houses and fake people? Think like that, but for testing drone surveillance," said Dave Maass, an Electronic Frontier Foundation (EFF) spokesperson, in an email to Mashable.

Both the Center for Democracy and Technology (PDF), another digital rights advocacy group, and the EFF included this original idea in proposals sent to the FAA yesterday. For Jennifer Lynch, the EFF staff attorney who wrote the group's proposal (PDF), "the goal of the test sites is to test the capabilities of drones and to plan for their integration in the national airspace," she toldMashable in a phone interview. "And as part of that we should have a rigorous testing program related to privacy and surveillance, so we need to see what drones are capable of doing."

To test the technology, the groups have called for what the CDT called a "mock testing environment" — basically fake houses and businesses. The idea is to then have drones fly over them and see how much data they can collect. If the military does the same thing to test weapons or missiles, why not do it for drones as well?