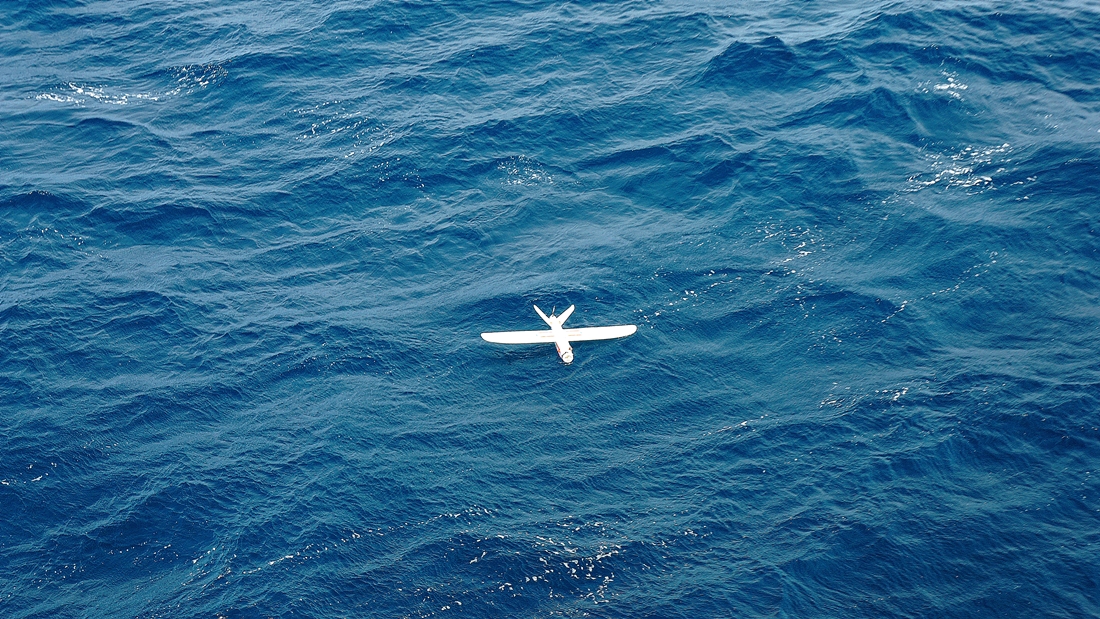 Unmanned aerial vehicles (UAVs) or drones which can safely land on water are a relative scarcity, and fixed-wing users working in the “splash-zone” could benefit greatly with a drone specifically designed to sustain this type of environment. Thus far, fixed-wing UAVs have been the industry model of choice for surveys which require power; long endurance times, substantial payload and extensive range, and the new Aeromapper Talon Amphibious delivers all that plus the ability to function 100% amphibiously by landing on water and being watertight.

The Aeromapper Talon amphibious has been extensively tested in challenging marine conditions by marine ecologists in London, who were the original inspiration for the design. Marine ecologists, and field biologists, have it tough. Their working conditions on vessels or in far flung remote island locations may appear idyllic but can present many logistical problems and constraints when it comes to gathering data. There can be waves, wind and rain at any given moment and the scientists needed a UAV which could stand up to this harsh environment. We were fortunate enough to not only train two scientists in our UAV handling and piloting, but to send two of the amphibious units to the field, to be tested, proving that the system can be quickly taught and implemented. The UAV was successfully flown in the British Indian Ocean Territories (BIOT) as part of a scientific expedition led by the Zoological Society of London. This is the first time that a fixed-wing amphibious UAV has been used in the UK Overseas Territories and the applications of a water landing unit in marine ecological surveys, fisheries management and maritime surveillance are vast. 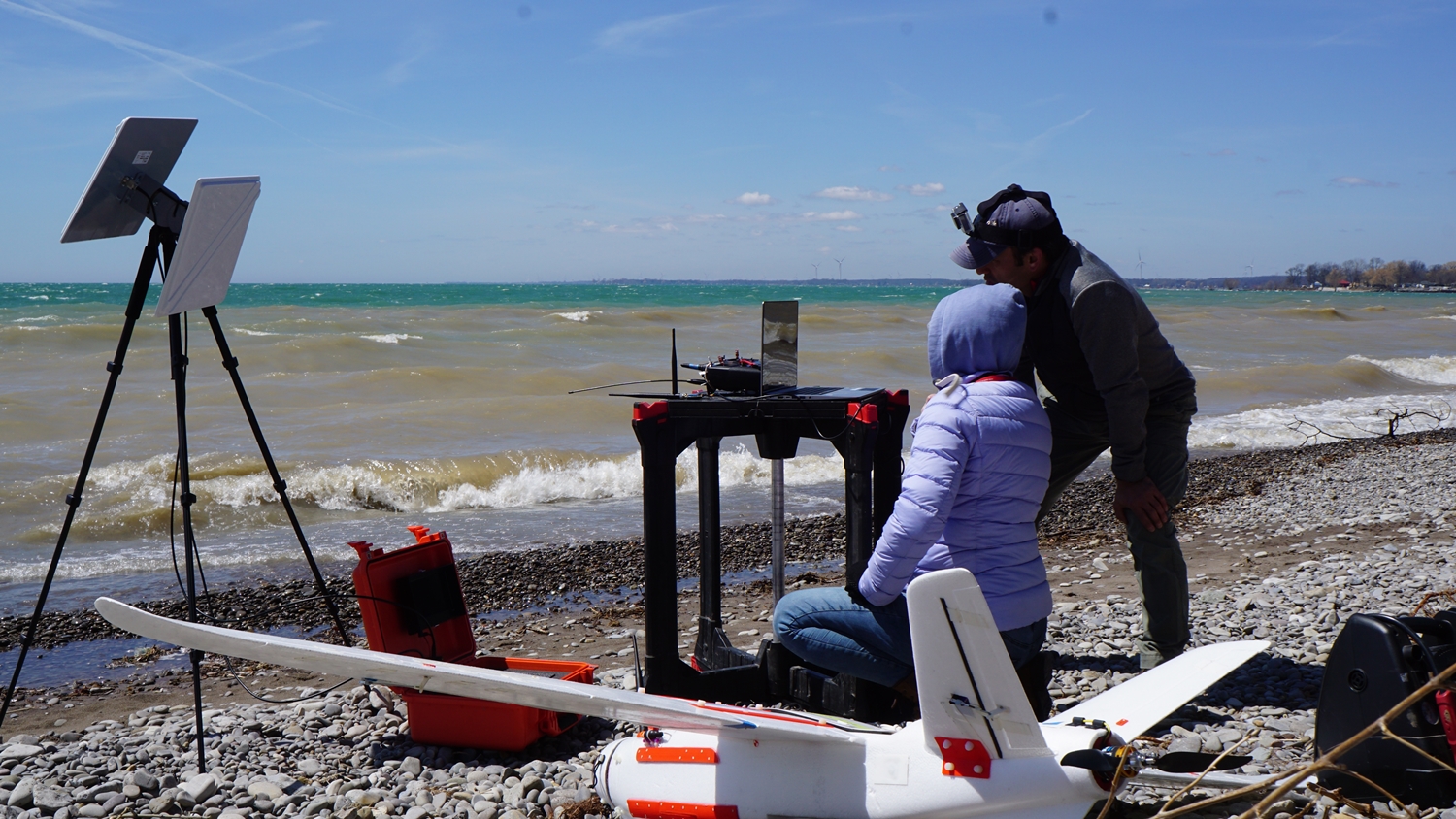 The amphibious UAV was piloted and trialled by an MSc student from Imperial College London, who described the unit as “An incredible tool for gathering vast amounts of ecological and habitat data, safe in the knowledge that we can easily land anywhere near the main vessel, on the ocean. In the tropics, rain clouds can often hit out of nowhere, and with this amphibious UAV, we no longer have to worry about rain water leaking in, either.”. Over 25,000 images were collected during the ecological surveys and the scientists were able to analyse the images to calculate the abundances of sharks and birds. Their camera of choice was the Garmin VIRB which allowed for geotagging of each image. The UAV is already gathering a lot of interest in the research world after being showcased at a marine symposium in London, with scientists and managers from around the world, looking to implement it into their coastal project operations.

The UAV is quickly assembled and deployed by hand (easily done by anyone), from the shore, from a small boat or from large steel vessels, without disruption to the GPS system; an issue which can affect multicoptrers and VTOL drones. What makes this system unique to life on the water, is the fully waterproofed fuselage and internal components, using marine grade parts which will avoid corrosion from salt water.  The UAV can also be equipped with a live camera system (excellent for monitoring and surveillance) as well as a 20Mp camera which will take crystal clear stills or film. The UAV is simple to retrieve from the water using a small boat or you can land it near to, or on a beach. With a cruise speed of 60kph, communications range of +30Km and flight endurance of nearly 2 hours, it is possible to cover a huge area, saving money and time. 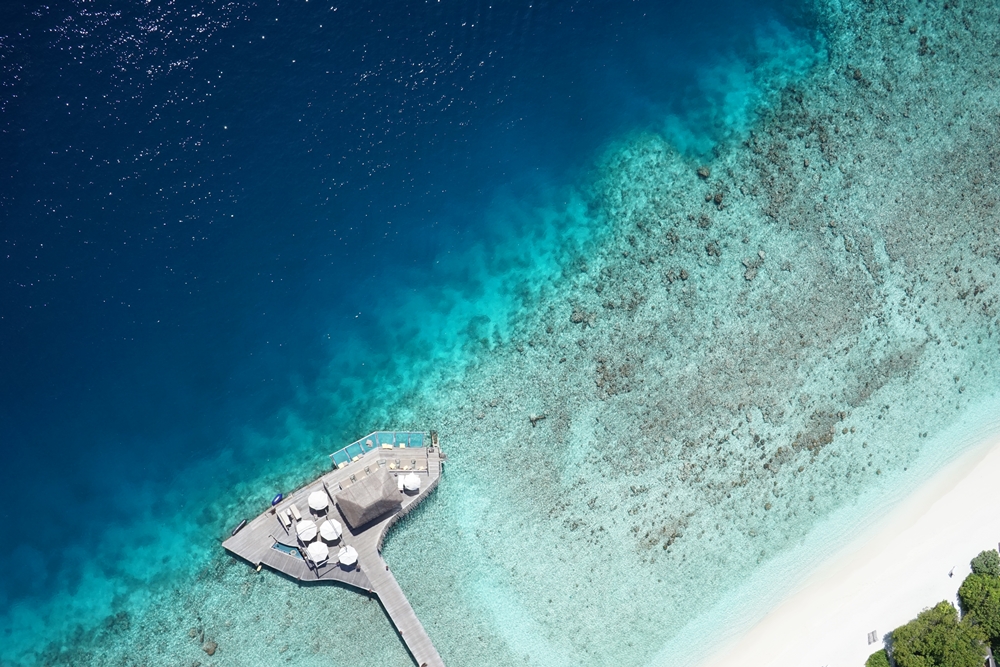 The range of industries that can benefit from a UAV of these characteristics is quite wide: aquaculture, marine sciences and conservation, coastal management and enforcement, freshwater body management, flood zones, fisheries, disaster areas, around oil rigs, dams; in fact, anywhere where water was once a hindrance to your UAV surveying. 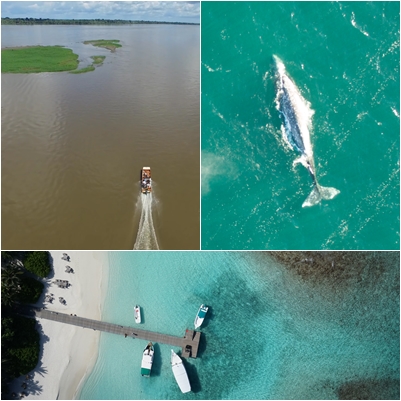