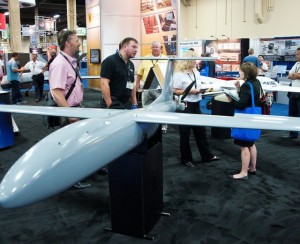 The lagging federal effort to fully integrate drones into U.S. airspace is in danger of falling even further behind schedule.

A funding bill now before the Senate essentially would stop the process in its tracks by prohibiting the Federal Aviation Administration from moving forward until it completes a detailed report on drones’ potential privacy impact.

The report, called for in the Senate’s fiscal 2014 transportation appropriations measure, would be yet another hurdle in the FAA’s already complex, time-consuming drone integration initiative.

The agency has been charged by Congress to write rules and regulations allowing drones — now used primarily by the military, law enforcement and researchers — to operate commercially in U.S. skies by September 2015, but the industry fears that deadline is likely to be missed.

Requiring the FAA, which traditionally deals only with airspace safety and has little experience in writing Fourth Amendment protections, to craft a comprehensive privacy report would all but guarantee the date will be pushed back.

Leaders in the unmanned aerial systems sector warn that such setbacks will hamper American technological innovation and carry economic consequences.