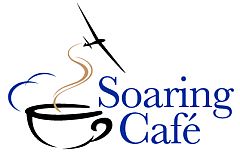 A disquieting report from our friends in the manned soaring world. Yet another reminder to STAY BELOW 400 FEET!

One of the pilots in our local soaring club was surprised to discover that he was sharing a thermal with a model aircraft [commonly referred to nowadays as 'Unmanned Aerial Vehicles' (UAVs)] at ~2,500′ MSL (~1,800′ AGL). With the proliferation of such aircraft, glider pilots may need to be especially vigilant for unmanned aircraft. As one of our club instructors informed us, in the United States, UAVs are required by the FAA to remain below 400′ AGL or have a Certificate of Authorization (CoA) to operate at higher altitudes (but see the link in the quote below for clarification on the FAA’s stance regarding UAV operating altitudes). CoAs are currently only issued for restricted areas in the Continental U.S.mIn any case, we need to be on the lookout for unmanned aerial companions while soaring.

Today I had what looked like a fast quadcopter join me in a thermal above Cecil Ashburn Drive.

I think I was at about 3,100 feet MSL. The copter was about 500 feet below and gaining.
At first I though it was a bird, then a mylar balloon, then a manuevering craft with a red blinking light.
He was turning the same direction I was, but turning at a different rate so I couldn’t continuously see him.
I bugged out.

The thing that bugs me is that if there was a midair, he’d be out a copter, I’d just be out.

Anybody know what the rules are in this situation?
Prior arrangement for formation flying.
Glider versus powered right of way.
Anything goes if you can get away with it.

Here’s a link to the quadcopter community’s thoughts on the rules.

The quadcopter folks agree that AC-9157 does specify a limit of 400 feet and line of sight, But they say that the process that makes an AC is not a rule- making process with a public comment period and so is not binding on the general public. They claim that the FAA has admitted that this is correct in court. They say this leaves 14 CFR part 91. Does a particular section come to mind in there that might apply?