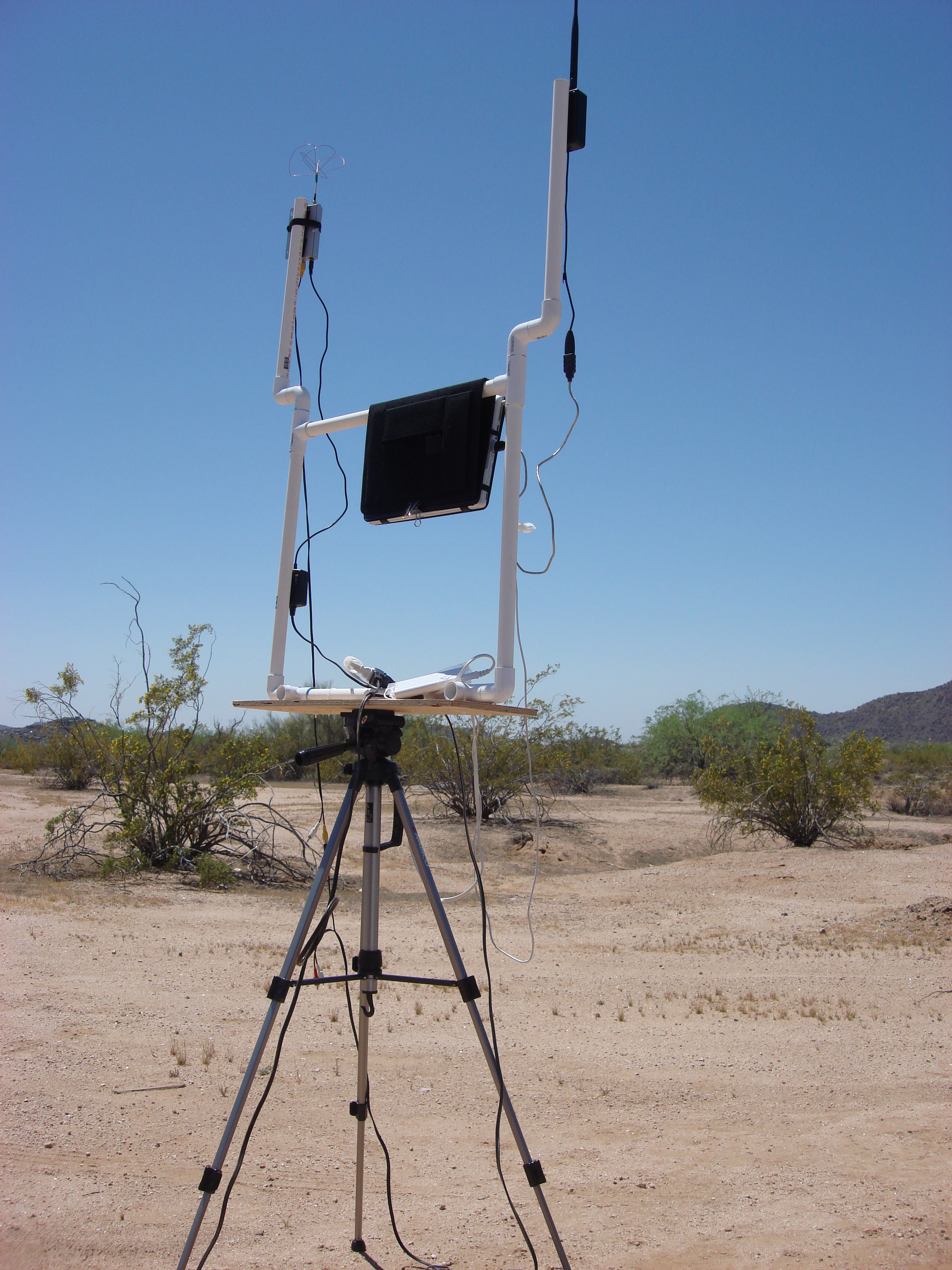 I had previously setup my video receiver and telemetry set on a tripod with a PVC "mast" to establish height and antenna separation.  Xbee on one side, video receiver on the other.  My ASUS tablet PC hung in a case on the cross-bar between the two masts.  Video runs down to a Digital-8 video tape recorder, sitting on the ground because it's weight was difficult to balance on the wooden platform between the tripod and the PVC frame.  Power is provided by an AC inverter in the SUV,

I setup the tripod right next to my SUV. 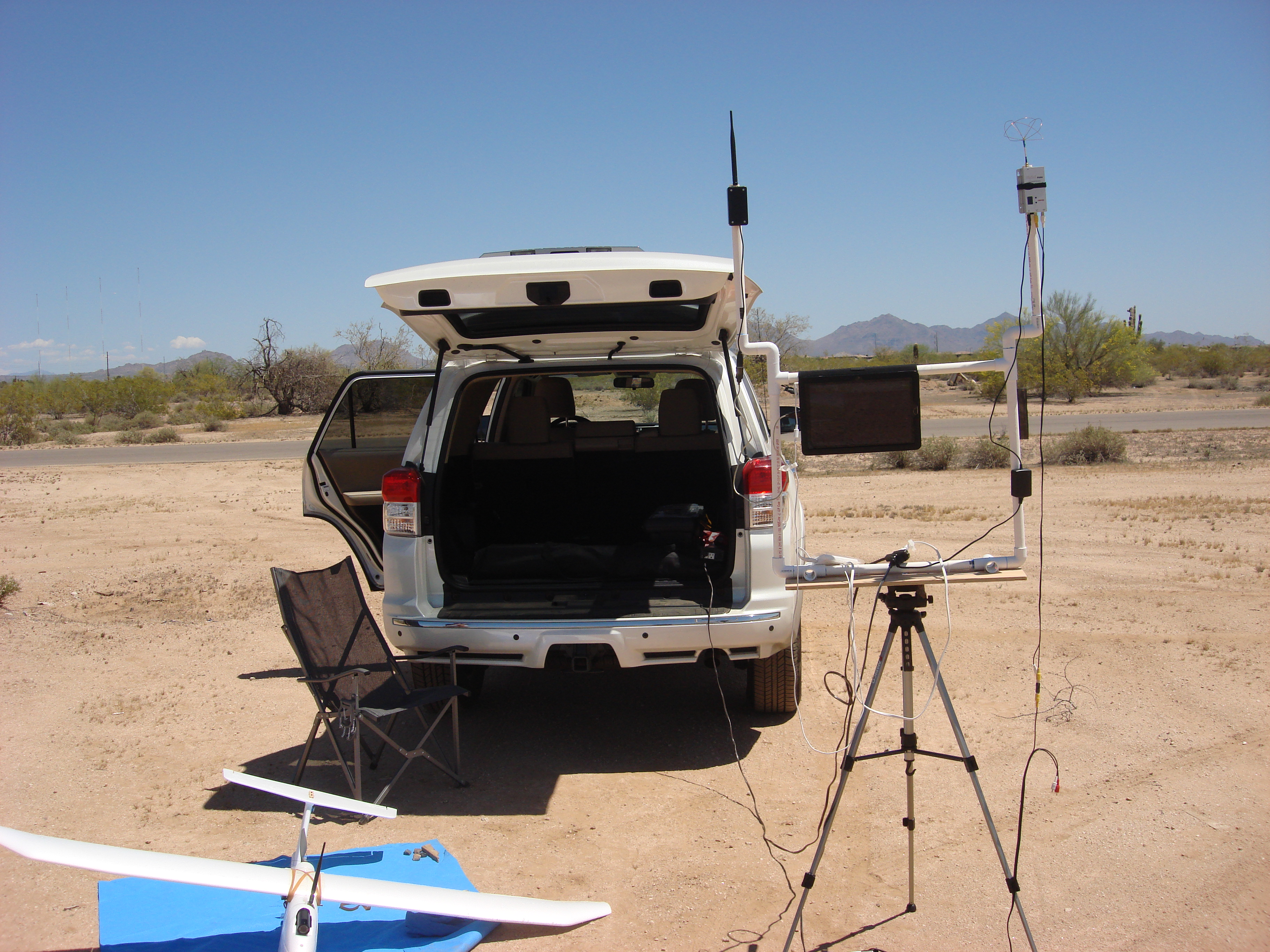 Unfortunately, the tripod was pretty unstable.  I've had the whole assembly fall over due to wind and even with a stable tripod, the pan/tilt assemble is a weak point.  With the PVC frame it was quite top-heavy and it required me to run an AC cord out from an inverter in the cargo area to power the video recorder, tablet PC and video receiver. After thinking that one through a bit more, I decided to rig up an antenna mast with a magnetic base that I could mount on the roof of the SUV. It's bigger than it looks.  I built it from 1-1/4 inch PVC rather than the 3/4 inch PVC the prior apparatus is made from.  The magnet base is about 6 inches in diameter and quite strong.  With this setup, I can get the antennas up as high as with the larger, more cumbersome tripod arrangement, but with a simpler, smaller apparatus.

I was able to identify a number of additional advantages:

- I can pick-up and chase an runaway plane without having to load equipment back into the SUV, maintaining video/telemety contact on the move.  This might be a bit sketchy.  I would never intentionally "operate" in this mode, but if moving the ground station (with a designated driver) will allow me to regain control, I think thats a good thing.  If I seriously ever want to do this, I'll have to examine just how strong the mount would need to be as a function of the possible speeds the SUV would be moving at.  Dirt road at the flying area - easy.  65mph on the adjacent freeway while the plane tries to fly to Tucson - not so easy.

- After launch, I can take a seat inside the vehicle, benefitting from AC (it gets hot here) and shade (tablet display is hard to read in bright light.) I'll have to ease into this to ensure I truly know what I'm doing here.

- Affords better protection to the video recorder and tablet PC.

- I believe that being mounted on the roof will provide the antennas a source of reflection that would benefit them in terms of additional gain.  There won't be any electrical connection to establish a true ground plane (at least not intentionally), but just reflection alone should help a bit.

I'll come back and post more photos as I actually assemble the various components onto the SUV.