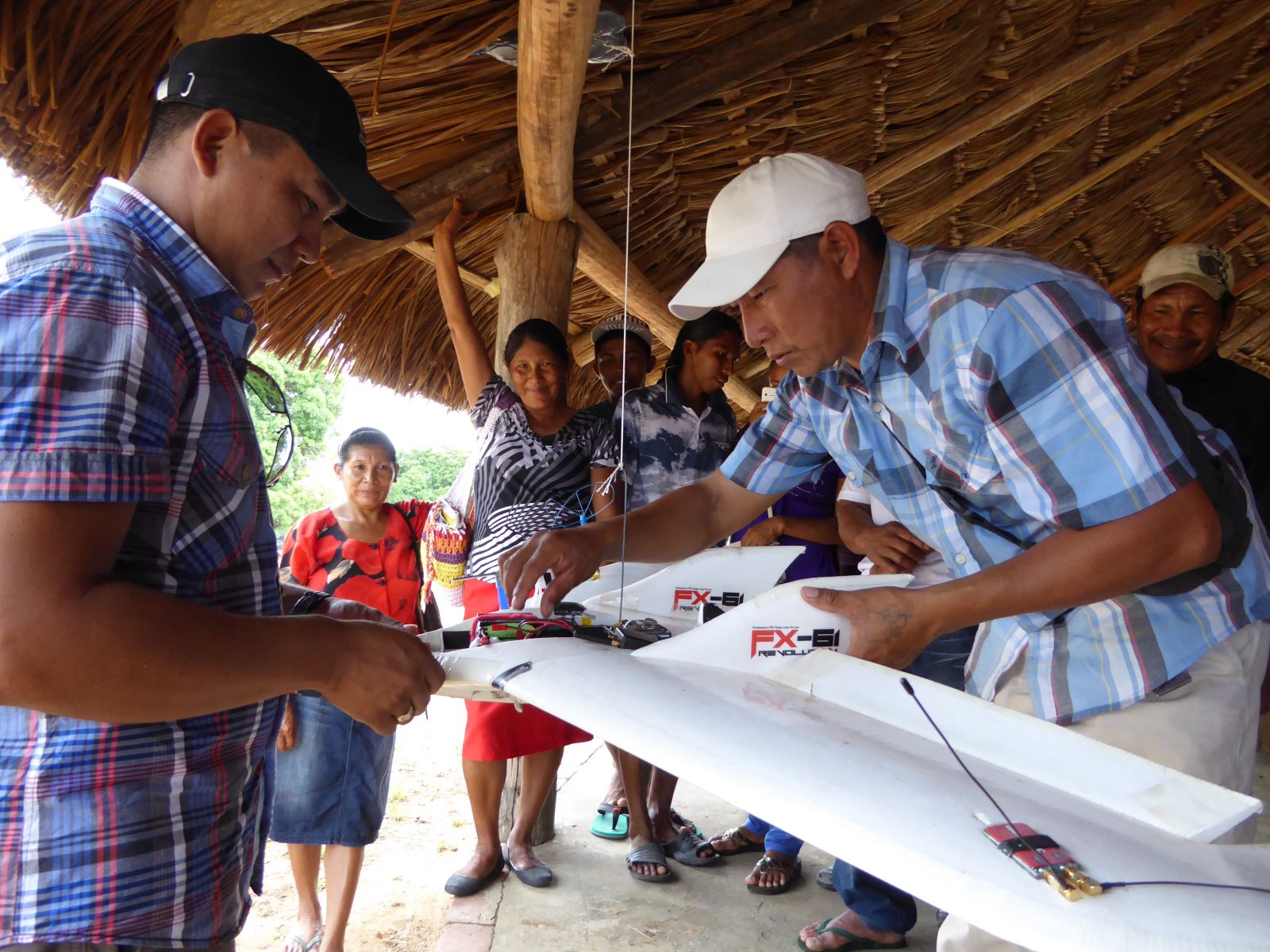 Quartz has a good piece on how a Guyanese tribe, working with Digital Democracy, are using an Arduplane they built to monitor their land and spot illegal logging. Excerpt:

They mounted a camera donated by GoPro and programmed it to take a photo every two seconds. This created a series of stop-motion images that could later be layered to create a multi-dimensional interactive map. They controlled the drone with Mission Planner, an open-source flight-tracking software.

The community’s land rights struggle began in the 1950s, prior to Guyana’s independence from Britain. In 1977, the titling of indigenous lands began. But local leaders’ requests were denied; they were only granted 15% of what was rightfully theirs, they say, and have lost some of that to illegal logging. They’re now fighting to reclaim some of the land that has been granted to extractive companies. Such deals, they say, reek of malfeasance. The Guyana Geology and Mines Commission has been accused of corruption, and Guyana as a whole is one of the most corrupt countries in South America.

“With the drones, we can go into really inaccessible areas,” Fredericks told Quartz. Using its footage, the Wapichan are assembling a “living map” to document their customary land use—and to demonstrate to the government how outside interests were impinging upon lands the Wapichan have safeguarded for centuries.

Their drone confirmed what the Wapichan had long suspected: In the south, close to the border with Brazil, illegal loggers were harvesting trees in lands that were supposed to be protected. And the gold mine at Marudi Mountain, to the southeast of Shulinab, appeared to be leaching pollution into the headwaters upon which the Wapichan depend.

“We are hoping to get them to recognize that these maps will actually help the government to resolve issues,” Fredericks said. “Without our lands, our futures are in jeopardy.”