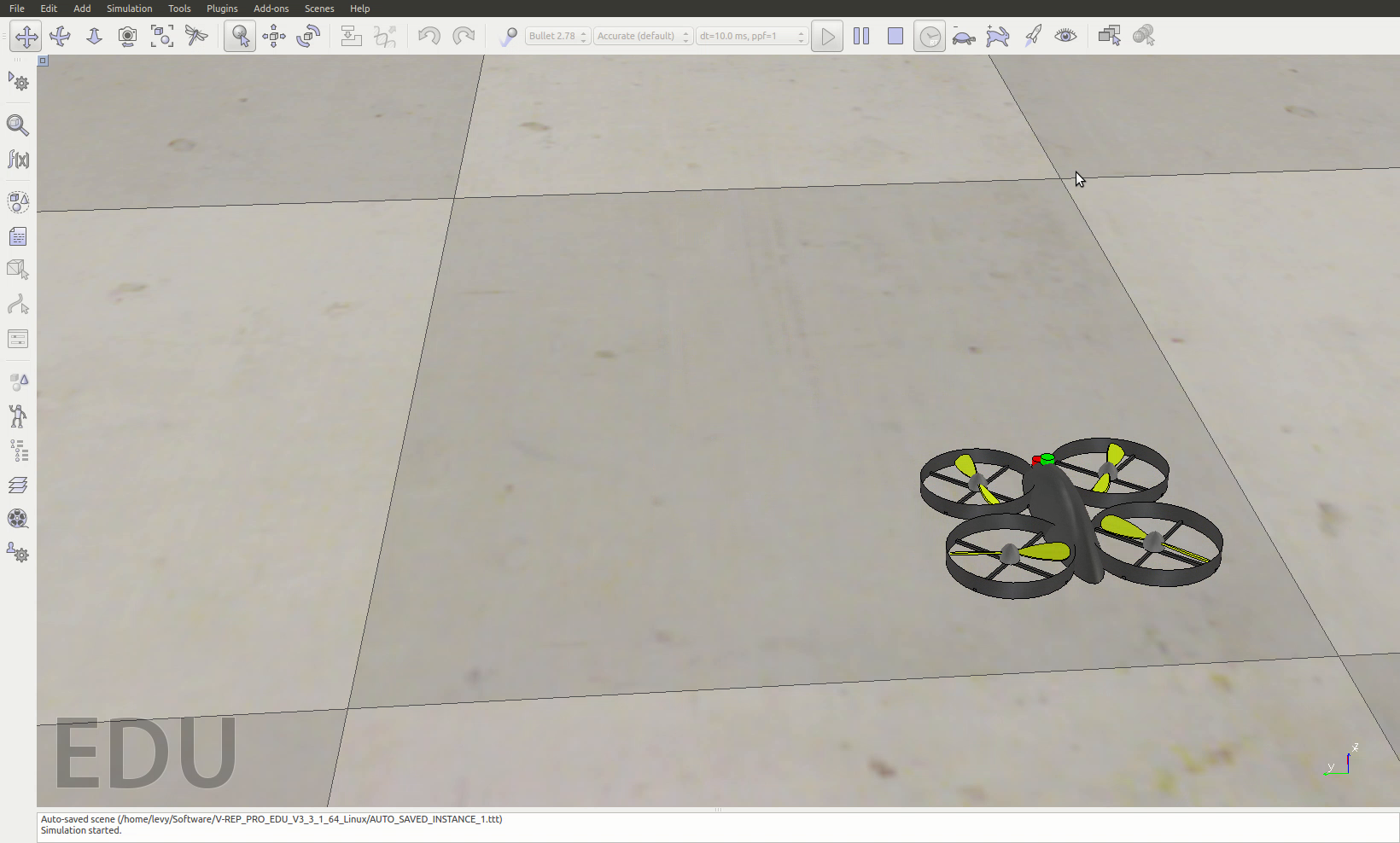 In earlier posts I wrote about  PyQuadSim, a Python-based flight simualator built on top of the Virtual Robot Experimentation Platform (V-REP). Although PyQuadSim enabled some pretty cool projects, it relied on a client/server model that limited the simulation speed to an unrealistic 10Hz, and required configuration steps that made it difficult for people to use. It also used an ad-hoc stabilization algorithm that was not easy to relate to actual firmware code.

So as an upgrade to the simulator I naturally thought of using actual firmware like the minimal Hackflight firmware I wrote about in my previous post. The result is HackflightSim, which incorporates this firmware as a V-REP plugin, allowing 100Hz updates -- still slower than the cycle time of Hackflight and other firmware, but fast enough so that the firmware can be tweaked to work with the simulator.

This brief video shows a test flight of HackflightSim. Like the Flip32 flight controller on my quadcopters, the simulator has a green LED that is solid during the initial gyro-calibration phase and flashes when the pitch or roll goes above a critical threshold (25 degrees), and a red LED that indicates whether the vehicle is armed.

HackflightSim currently requires Linux to buld the plugin, and a FrSky Taranis transmitter with USB cable. If there is enough community interest (and time!) I will try to support other OSs and controllers.