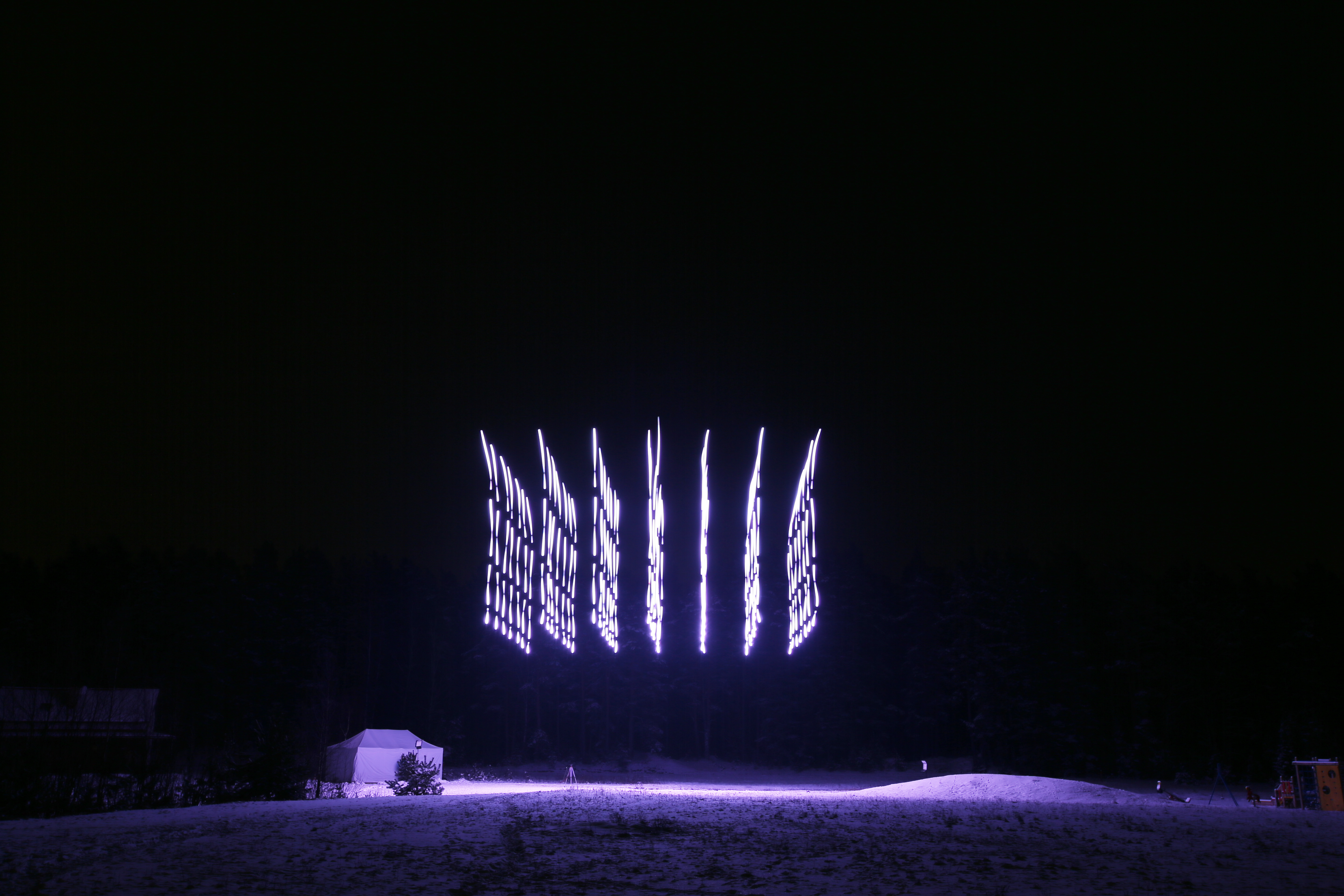 First of all, Happy New Year to all you DIY Drones users!

Shortly before Christmas, we decided to bring a childhood dream alive and create Rudolph the Red-Nosed Reindeer using drones. We created and flew a 50 drone show and would like to share with you the footage as well as our experience. Without further ado, here's the video:

And here's the flight at real speed:

Flight planning and drone control was done using our Drone Show Software. You can read more about it here: http://www.droneshowsoftware.com All drones flown were Pixhawk-equipped (Pixhawk 2 Cube or Dropix). They were also equipped with RTK GPS and LED modules. Wi-Fi modules were used for communicating between the drones and the ground station. To get the animation done we collaborated with one of the most experienced graphical animation companies in Latvia - baseMotion. This was the first animation they did for a drone show but certainly not their last. The animation was done using open source animation software Blender. Afterwards, it was converted to paths which were uploaded to the drones. 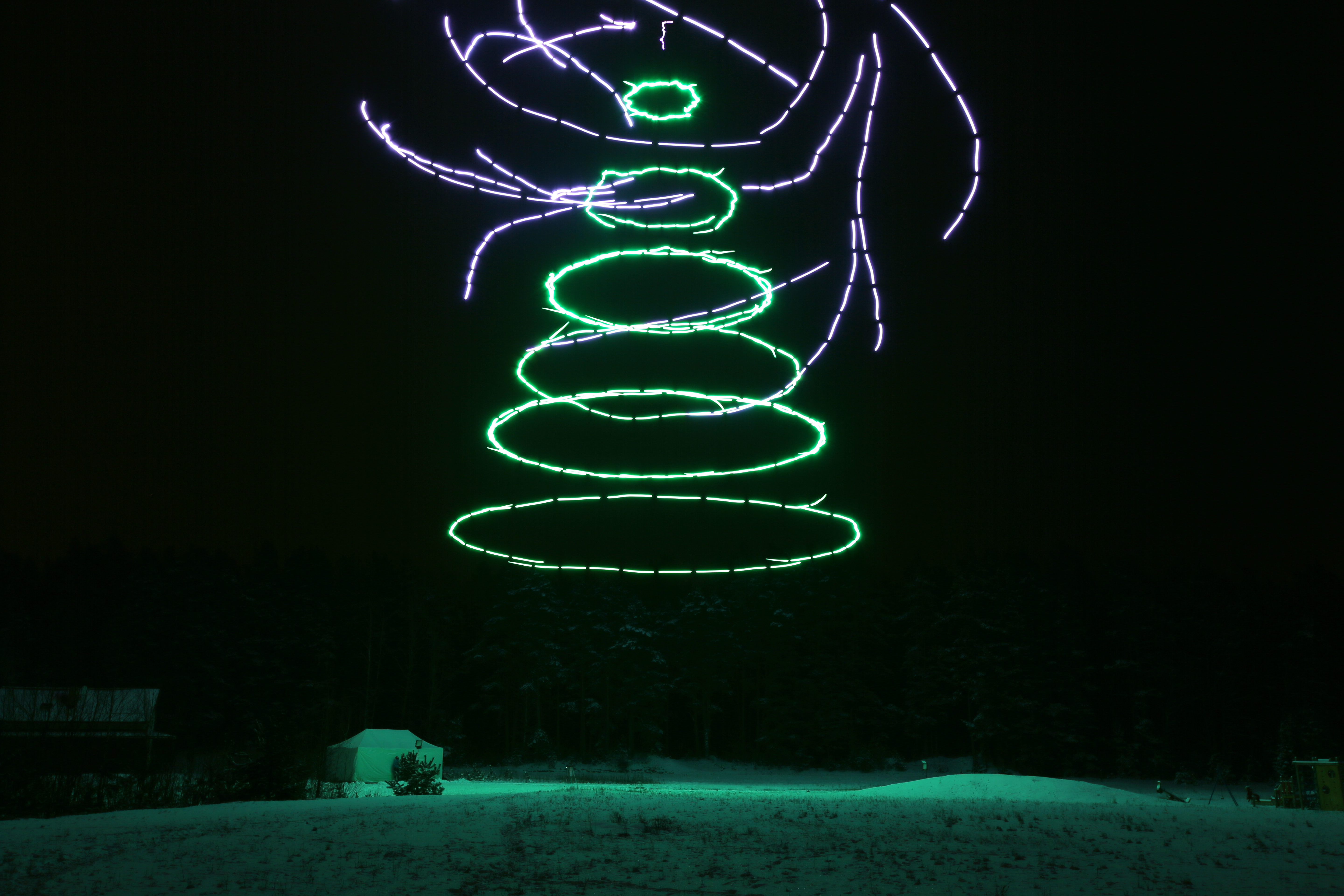 The biggest struggle was the cold. It was about -5 degrees Celsius at the time of flying the show. So we had to think about keeping ourselves as well as the batteries in warmth. For batteries, we used special boxes and for ourselves sweaters, warm winter jackets and, most importantly, warm socks. The outcome was breathtaking and certainly worth the effort. Seeing it in real life is far beyond anything that pictures or video can convey. 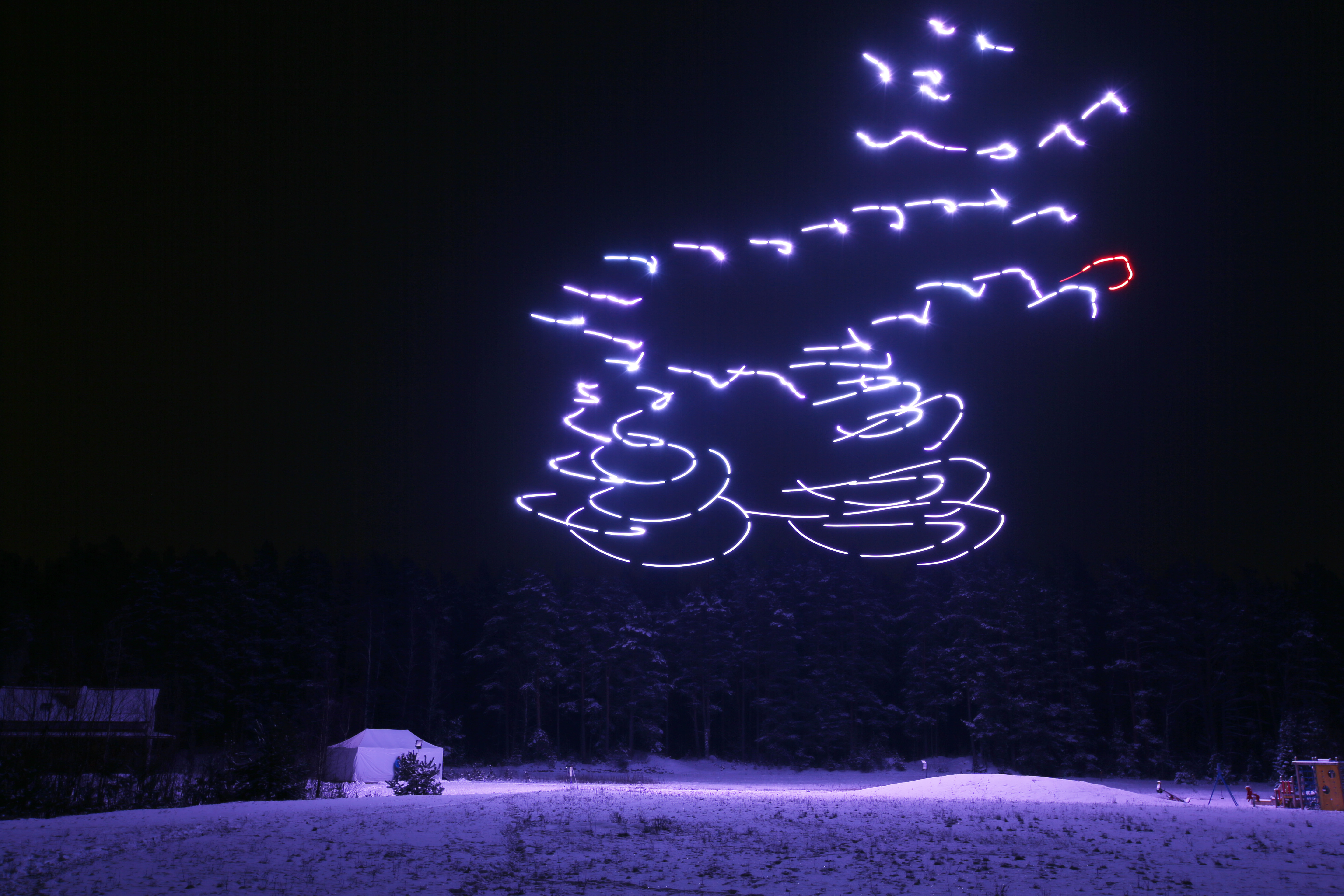 If you have any questions or are interested in creating a drone show yourself, visit our website http://www.droneshowsoftware.com and drop us a message.

May you have a successful year!