I would like to show what we have done here in Namibia in developing Inexpensive UAV systems which we are beginning to actively use in conjunction with Namibian Ministry of Environment and Tourism, tasked with wildlife conservation in Namibia, and also for photography missions for the local quarry mines and Salt mines. 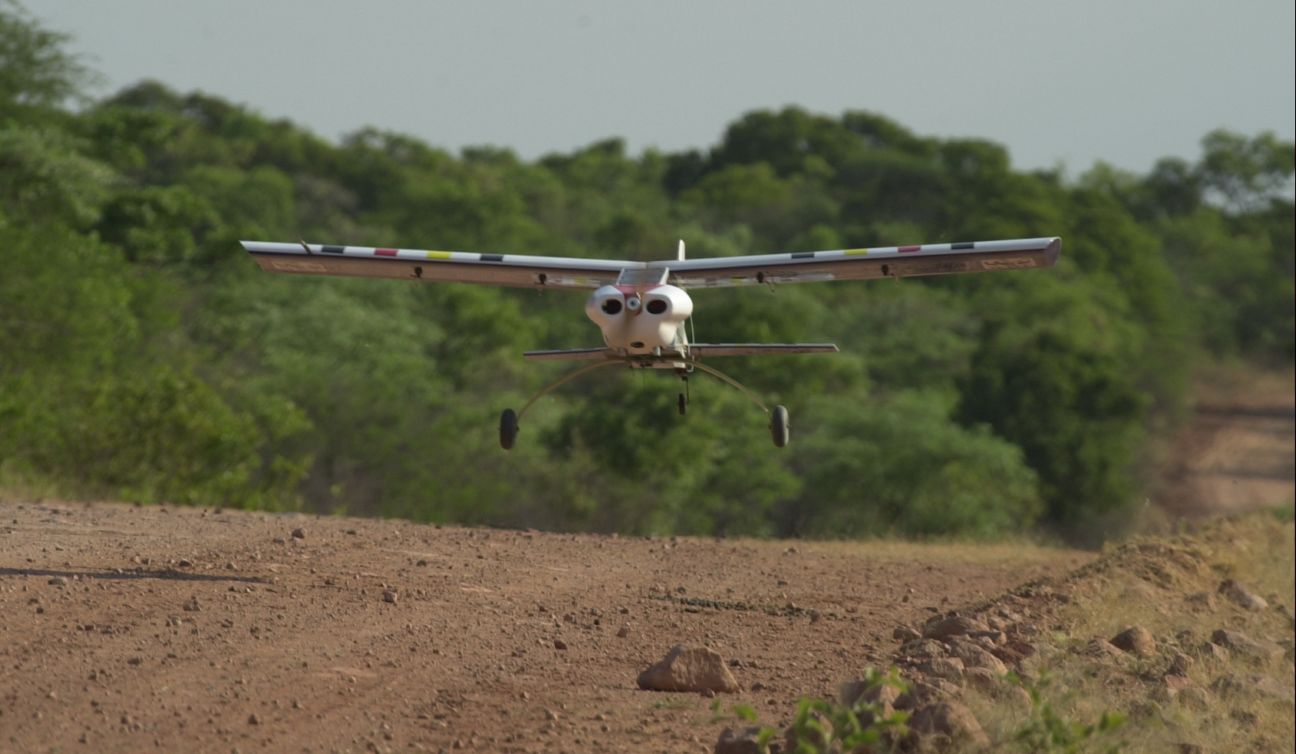 Shown , in order, are three aircraft, GUPPY,  fully designed from the ground up and built by me, HORNBILL, built from a semi built kit, the Lanyu-100, and the third, KIWIT, an electric flyer of unconventional wing design.

HORNBILL is fitted with an RF tag tracking system and antenna and flew many autonomous, beyond visual range flights tracking tagged animals, especially Rhino as an aid to the National Parks anti-poaching campaign. The next trial will be with an Infra-Red camera fitted to aid the detection of poachers at night.

it was a lot of fun! See the report: waterberg_report.pdf

GUPPY was designed from the ground up, a full 3D model developed on CAD, and designed to be made from good aircraft grade ply. However, it was built with plain Marine ply in the end, as and exercise in cost reduction. It was designed to carry  a hi resolution camera , which was subsequently flown to create geo-referenced imagery for the Quarry miners, as well as for the Salt Works.  GUPPY has tremendous STOL performance and can land/takeoff anywhere. 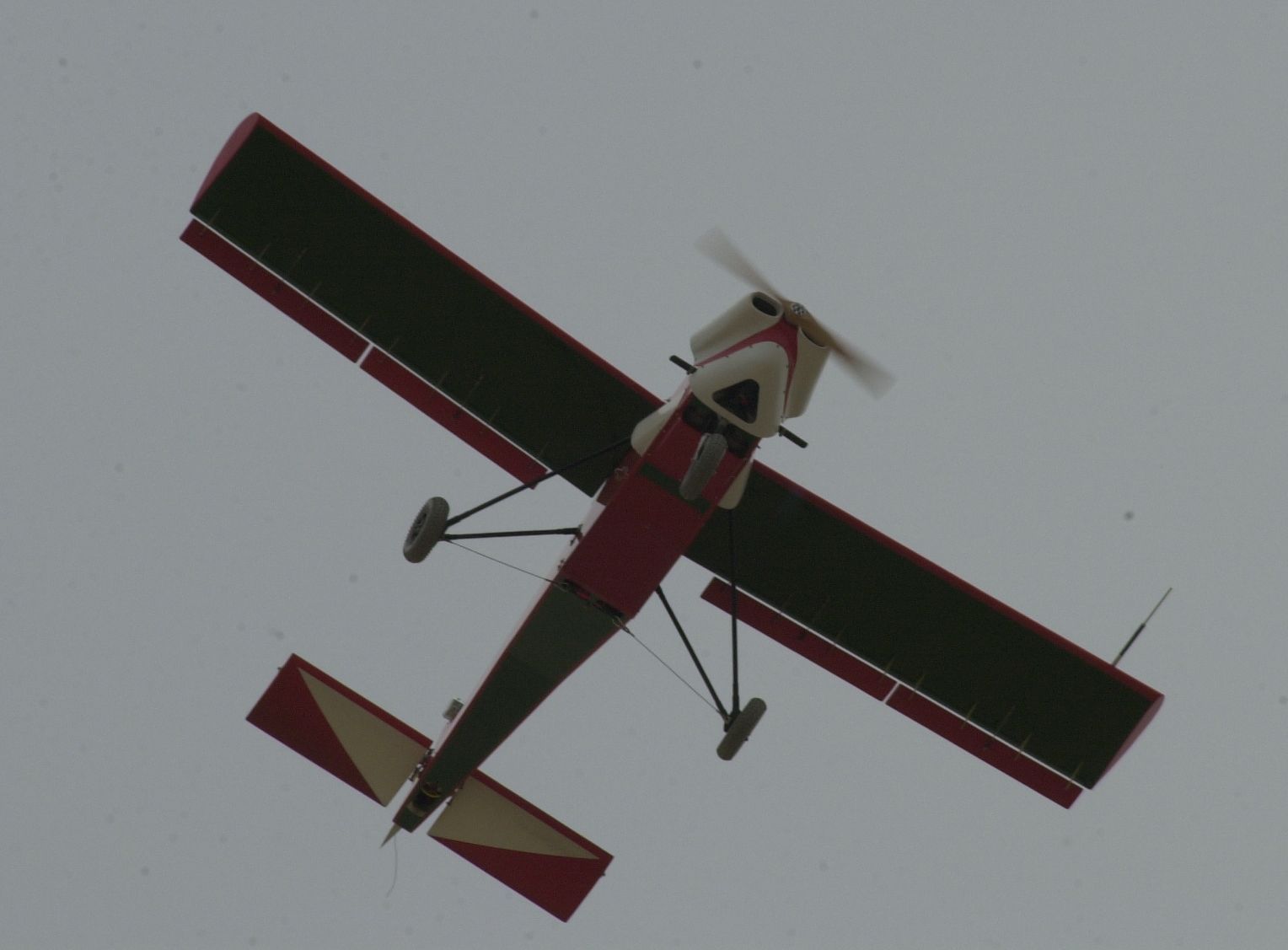 The electric flyer was actually two Aircraft, PiPiStrello, and KIWIT. Both share wing profile type, Jedelski,  and both are V tail. Both are made fully from composite materials.

PiPiStrello has straight wings with dihedral, and was fitted with ailerons, not normal on Jedelski wings – resulting in  excessive adverse yaw so was canned… 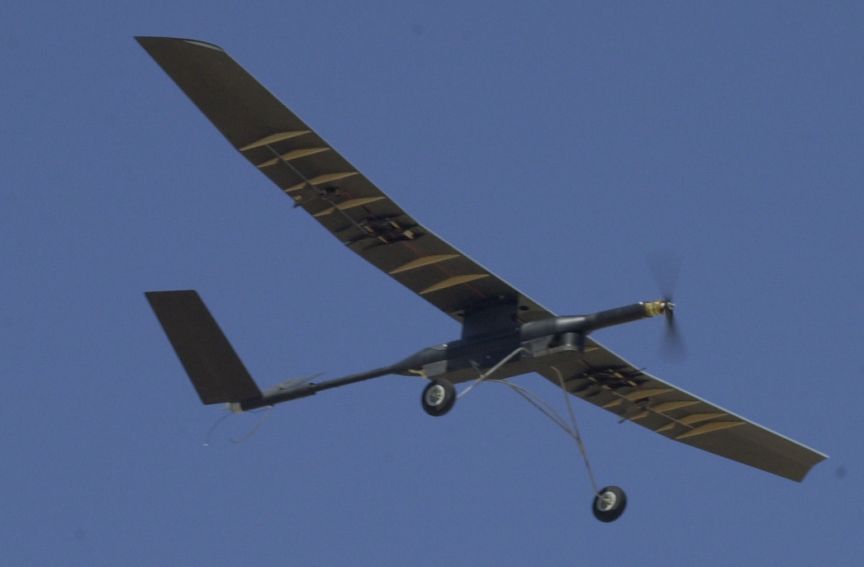 KIWIT and its prototype flew many flights tool to verify the existence of a Vulture Chick in a nest in a tree out in the desert. We annually undertake a conservation mission where we currently fly in a Cessna 180, spotting Vulture nests in the Sparse Namibian desert regions. When we spot a nest, we fly closer to see if there is a chick, and if so we GPS mark the spot. Often the tree is among a dozen others, so the exact spot is 'close by'..but not easily found when we return in ground vehicles to capture, ring and tag the chick. So we used KIWIT to overfly the nearby area and find the chick again. 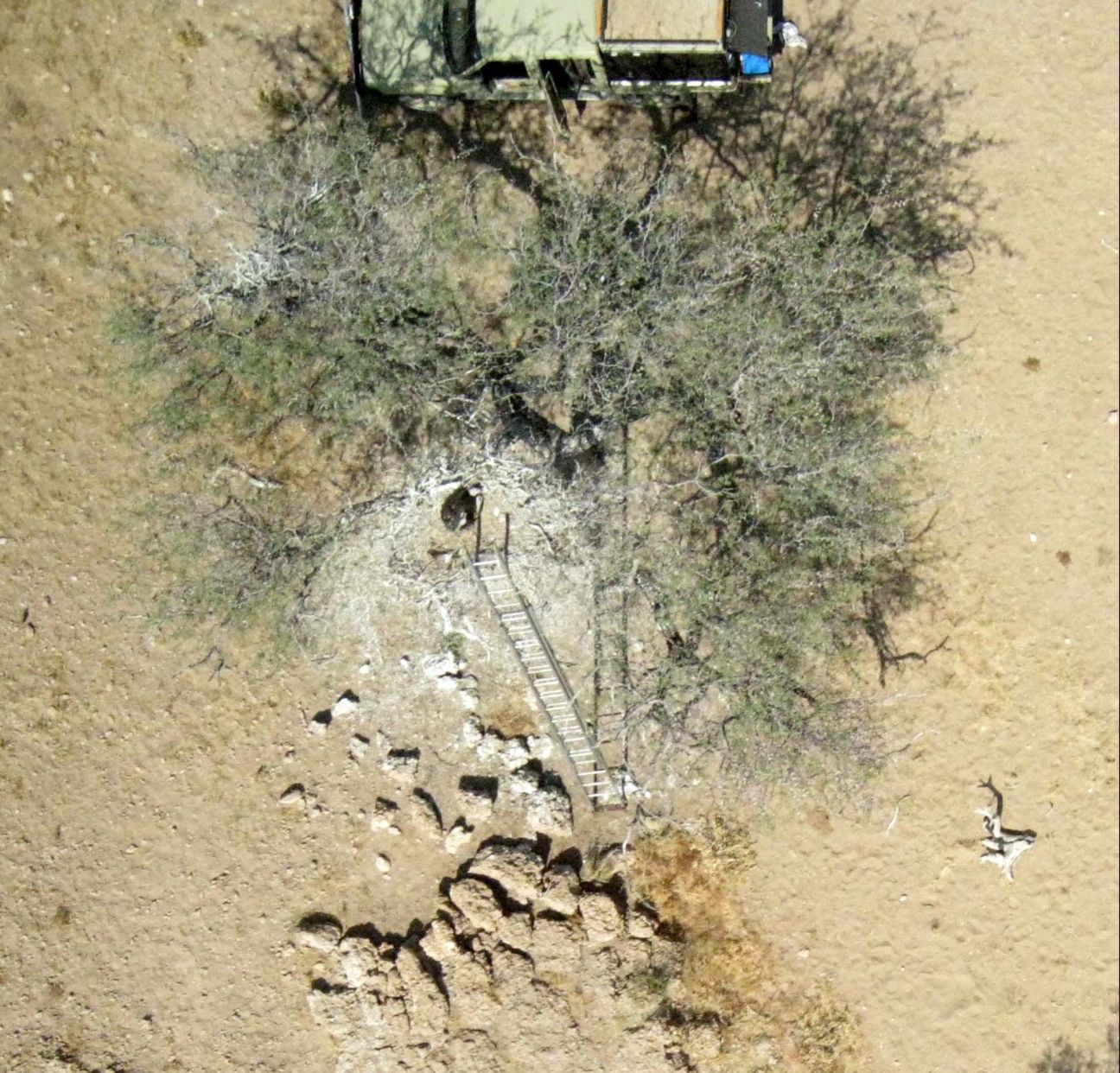 We have also perfected fully autonomous land and takeoff with KIWIT.

Have a look at these videos for the Auto Launch and land:

And these videos for the flights of GUPPY and HORNBILL:

Have a look at the postings under Aircraft Platforms and Autopilot Hardware for more info.

The autopilot fitted  to all these aircraft is called the 'NamPilot' and is based on multiple modules, namely: The Ground Control Station - This is a PC based system and can be anything from a simple, reduced functionality Laptop based system, to the one depicted in the PDF files listed below. This system interfaces to a datalink antenna, with optional autotracker for the antenna, tracking theUAV in flight. It also interfaces to a dual video receiver, built into the video RX antenna. The video from the UAV camera is available in real time on the GCS, and can be recorded. A dedicated configurable Payload control panel is on the GPS operator position, allowing control of the UAV stablised camera, steering, setup, etc. All flight plans are prepared on the GCS, with a map of the flight regime, and all flight paths are shown, as well as the track flown. Numerous flight patterns can be selected, figure 8, square, straight line,  circle, loiter, point to point flight plan, etc. Aircraft control loop tuning is also done in real time, during flight, from the GCS.

Take a look at these PDF’s for more info: 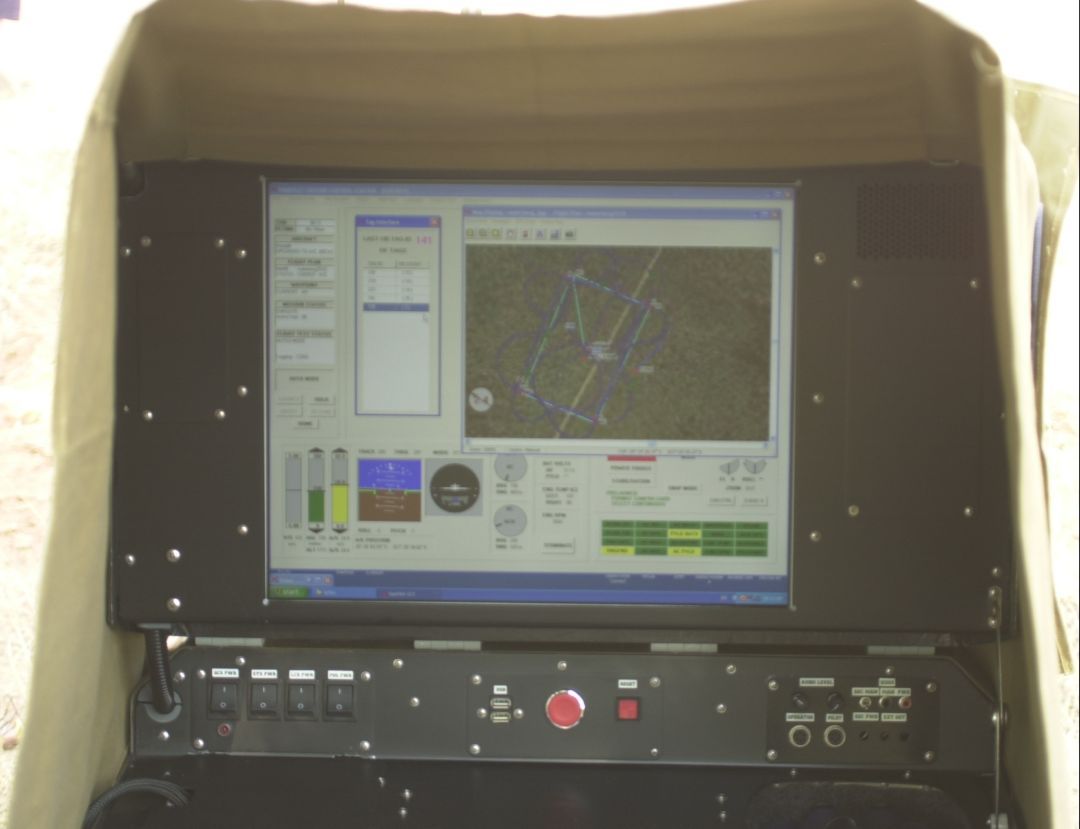 This is far too much fun for just two people!!