So we tried making the actuator pull the flap instead of push it.  This made gravity the restoring force instead of air.  Maybe it wouldn't need as much power & could stay on full time.  FUGGEDABOUTIT.  It needed just as much power & quickly overheated.  Your best option is a pushing actuator.


It transmits packets more frequently during a change.  Fortunately, Darkstar2000 also reverse engineered the S107, so changing protocols won't be a complete disaster.  Exactly why he did all this work is a mystery. 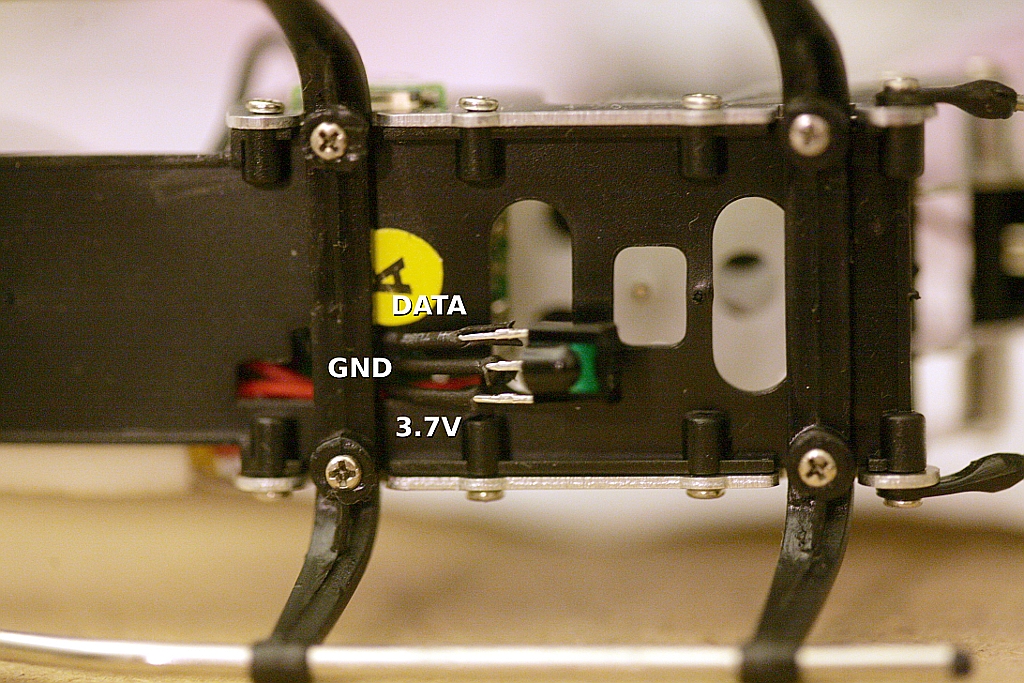 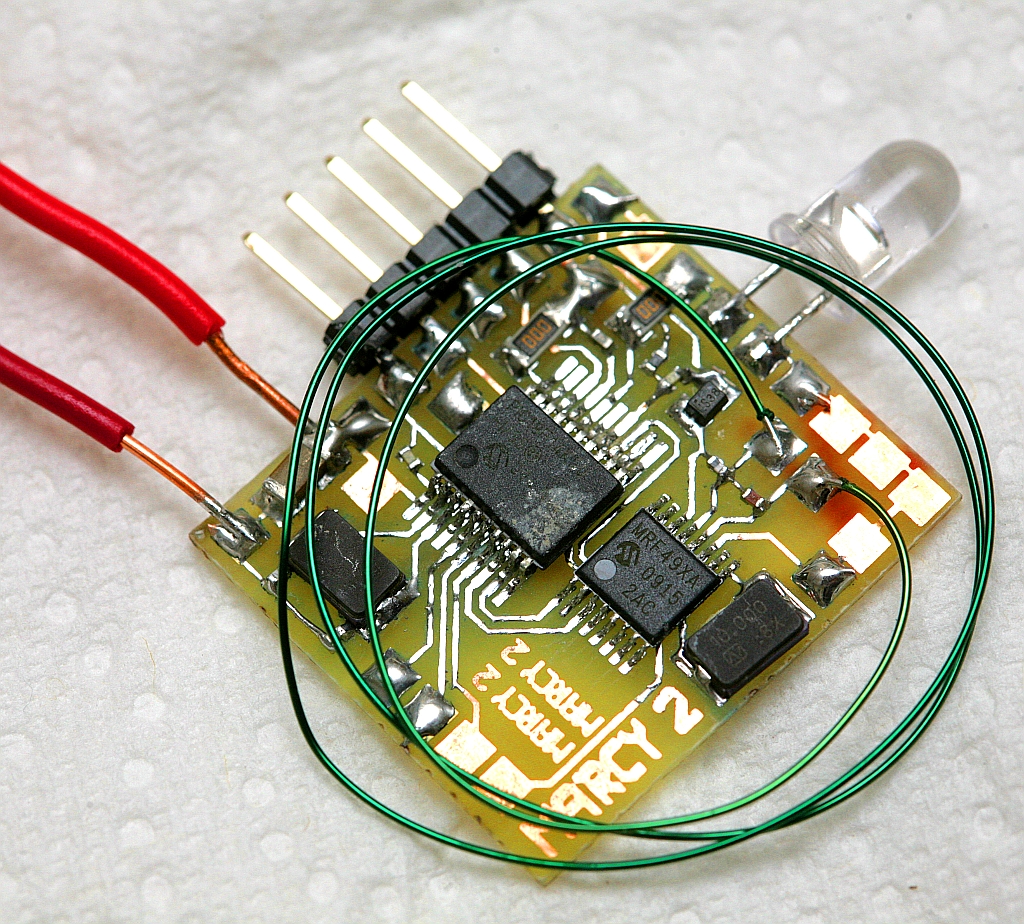 Next comes a new Marcy 2 board for azimuth sensing & sonar on only 3.7V.  It's pretty aggressively weight minimized. Converting it to 900mhz was a no brainer.  Mounting the board for flight was a nightmare.  Servo connector or soldering?  Enough power in the flight battery to test the board?  Can you justify the weight of a servo connector or an aux power source + diode?  2 pin + permanently soldered data connection or 3 pin connector?  Eventually, it came to a 3 pin servo connector. Our 1st flight test of a photodiode as azimuth sensor, indeed the world's 1st flight, was disappointing.  The signal had so many peaks, it would take herculean processing to convert it to a period & phase.  It would have to be flown with a single light source, at night.