Been debating whether to chase aerospace jobs in LA or keep doing short contracts in Silicon Valley.  It looks like you're just going to get short contracts these days.  LA looks like the main Aerospace environment but it's quite a move & we've heard horror stories.

Our dumpy apartment was 15 years old when we moved in & now it's 25 years old.  It's the longest we've ever lived in the same place & we've done the 680 commute twice as long as our dad.  It was convenient living next to a golf course for flying & astronomy, but the area has become too bright for astronomy, we reached the limit of what flying can be done on a hobbyist budget, & commuting insane distances to live where you fly was becoming a bit insane.

Our last flight was some skywriting on Sep 26 to test the helical uBlox 5 & the IMU in 6 DOF mode.  Was disappointed in the number of satellites & glitches were just as likely as the patch antenna. With the IMU in 6 DOF mode, was doing attitude hold flights & crashed. 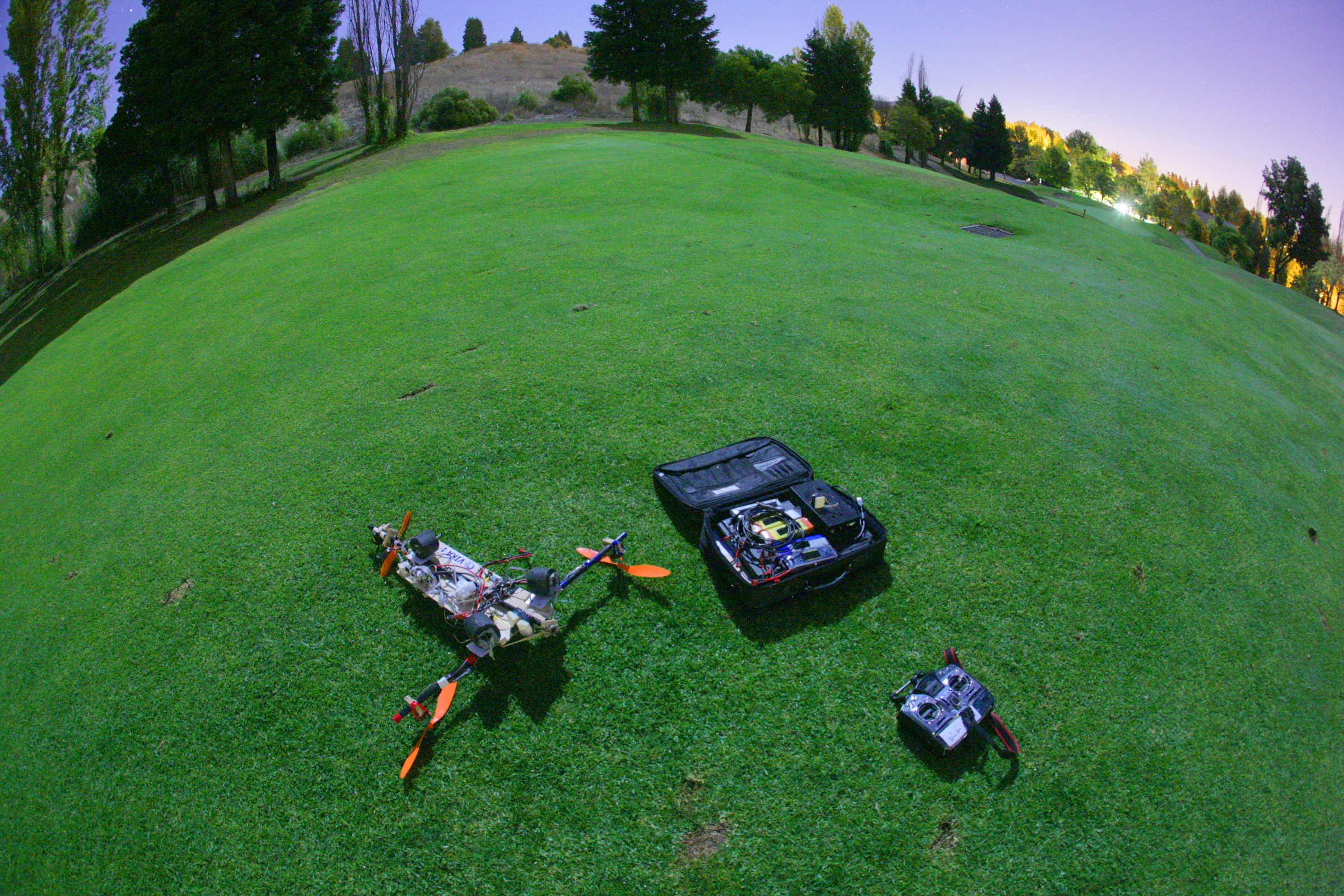 Attitude hold mode & not position hold is what you want for video.  Unfortunately it seems we've reached the lifespan limit for this airframe.  Tried ordering new motors from hobbyking with the cheapest shipping & the USPS lost it.  $55 gone.  Consider the $30 shipping a requirement. On Sep 18, flew in attitude hold mode to get closer to the camera. Then switched to autopilot. GPS glitched. PID limits were too high & she flipped over.