Clever research from ETH showing how it uses the drone camera to maintain position while a quadcopter spins to maintain control after one motor fails.

Researchers at the University of Zurich and the Delft University of Technology have been able to keep a drone flying after a motor fails. The researchers have managed to use onboard cameras to keep the test drones in the air and flying safely.

A team of researchers has come up with a simple yet ingenious way to solve a problem that will usually result in a drone falling to the ground due to a motor failure.

Well, motor failures don’t often happen, but when they do, the drone needs to stay in the air regardless, especially if people are nearby or the drone is being used for a commercial job. Redundancy is important when it comes to drones.

Davide Scaramuzza, head of the Robotics and Perception Group at UZH and of the Rescue Robotics grand challenge at NCCR Robotics, shared:

When one rotor fails, the drone begins to spin on itself like a ballerina. This high-speed rotational motion causes standard controllers to fail unless the drone has access to very accurate position measurements.

Scaramuzza essentially says that the standard controllers in drones cannot cope with the fast and random spinning of a free-falling drone. This led the team to onboard RGB cameras and event cameras, which we’ve gone into in the past for obstacle avoidance.

GPS methods were also explored before the cameras, but the researchers ended up dumping the idea as GPS isn’t available in all situations, especially when it comes to specific drone missions. 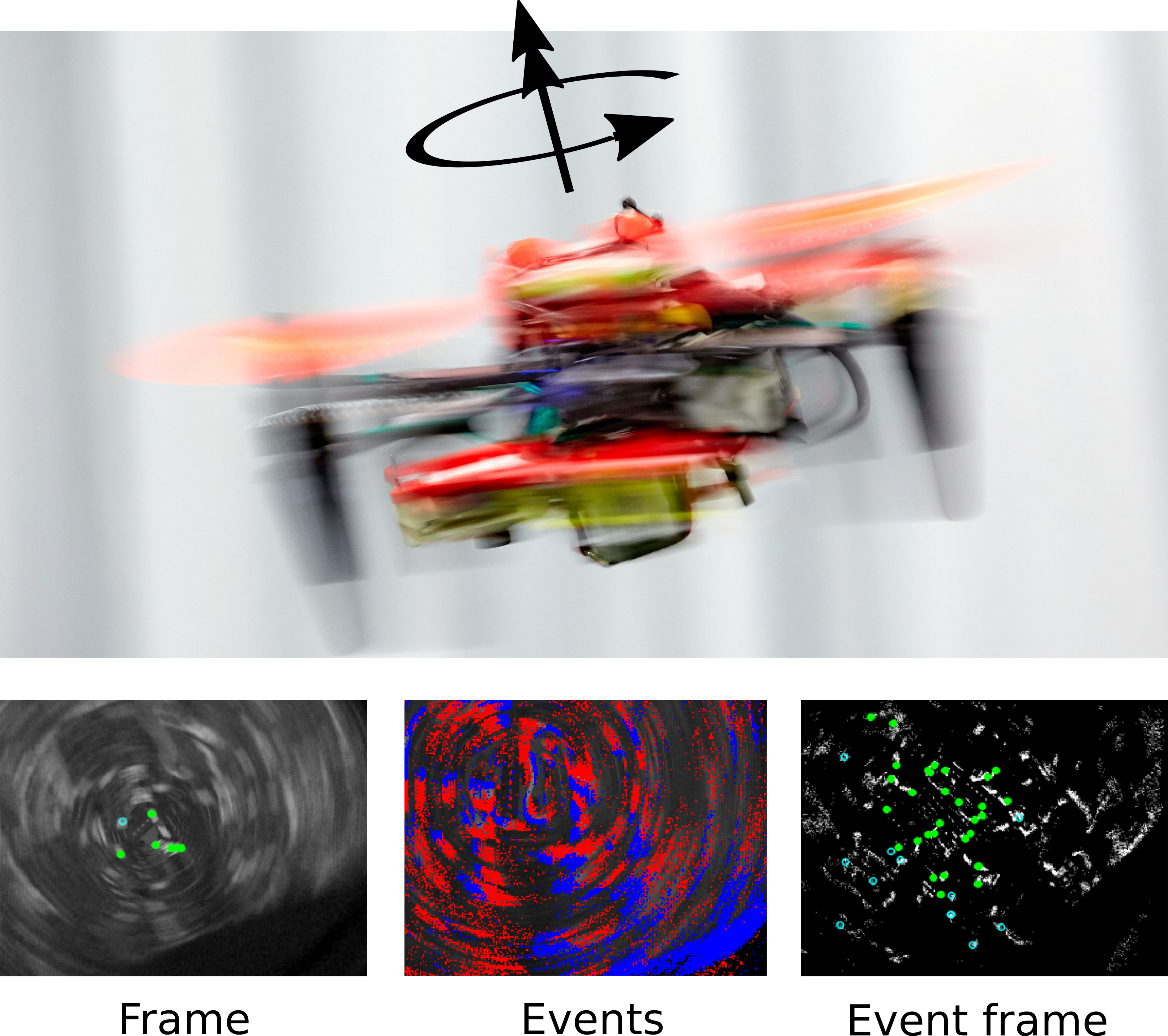 The changes between the frames

The data from the two cameras are combined using a specially developed algorithm that then tracks the quadcopter’s position relative to its surroundings. This allows the flight controller to take control of the drone as it spins and flies.

Both cameras work great in well-lit environments, but the RGB camera begins to suffer as light decreases. In testing, the researchers were able to keep the drone stable with the event camera all the way down to 10 lux, which is about equivalent to a dimly lit room.

Video Player
E-mail me when people leave their comments –
Follow