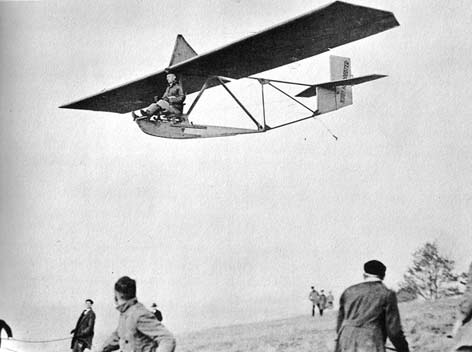 How a simple, DIY-inspired design helped create the worlds most dangerous flying corps.

When World War 1 came to an end in 1918, the victorious allies took care to heavily restrict the military development of powered flight in the Treaty of Versailles.  It wasn't long however, until the land of the Red Baron discovered a loophole wherein the treaty overlooked the use of unpowered flight as a military training tool. The resulting training regime used a brilliantly simple design called a Schulgleiter(English: School glider) and arguably produced the finest airmen in all of WWII (at least when evaluating individual skills alone...).

For a regime better known for engineering achievements like the ME-262 (the world's first jet fighter),  than for inspired design practices as those that produced Russia's T-34 Tank or Britain's plywood Mosquito Bomber, the Schulgleiter is truly extraordinary.  Officially designated the DFS-SG-38 Schulgleiter, the craft had a simple stick for steering, foot pedals for flaps and little else.

The gliders would be launched by a giant bungee chord on a mountain known as the Wasserkuppe where gentle slopes and perfect tailwinds make it the heart of German aviation to this very day.  The following image shows a Schulgleiter in mid-launch position, and the 1940 vintage training video shows how the process worked.

With such ideal flight conditions, the SchulGleiter was far from the only aircraft developed at the Wasserkuppe, nor was it the only advance in unpowered flight at the time.  The Horten Brothers are best known for developing the Ho-229. A jet-powered, Flying Wing with characteristics so far ahead of its time, that Northrop Grumman, designers of the B2 Stealth bomber, famously constructed a replica for the purposes of testing its stealth characteristics. While the Ho-229 has attracted a sizable following of aircraft modelers and enthusiasts, less attention has focused on the fact that such a high-tech marvel is almost entirely derived from seemingly low-tech glider designs.  Going back as far as the First World War, the Horten's had been developing the flying wing concept as a glider.  Such designs might appear familiar to readers of DIYDrones, though some might warrant further research. 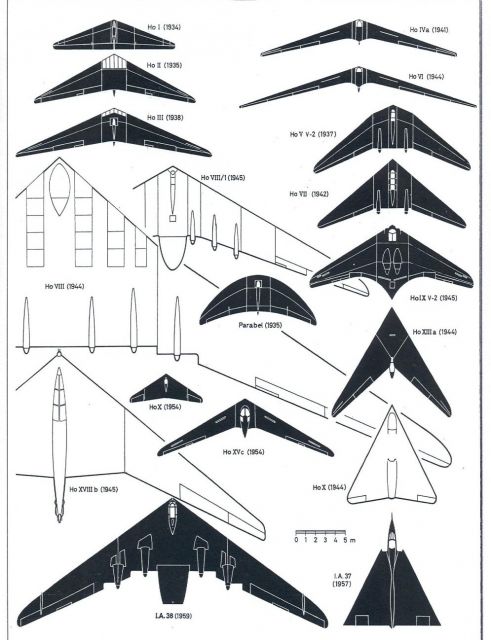 Of the unpowered-wings, the best known is perhaps the Horton H.IV whose extremely broad, thin wingspan was a breakthrough in tailless aircraft design. 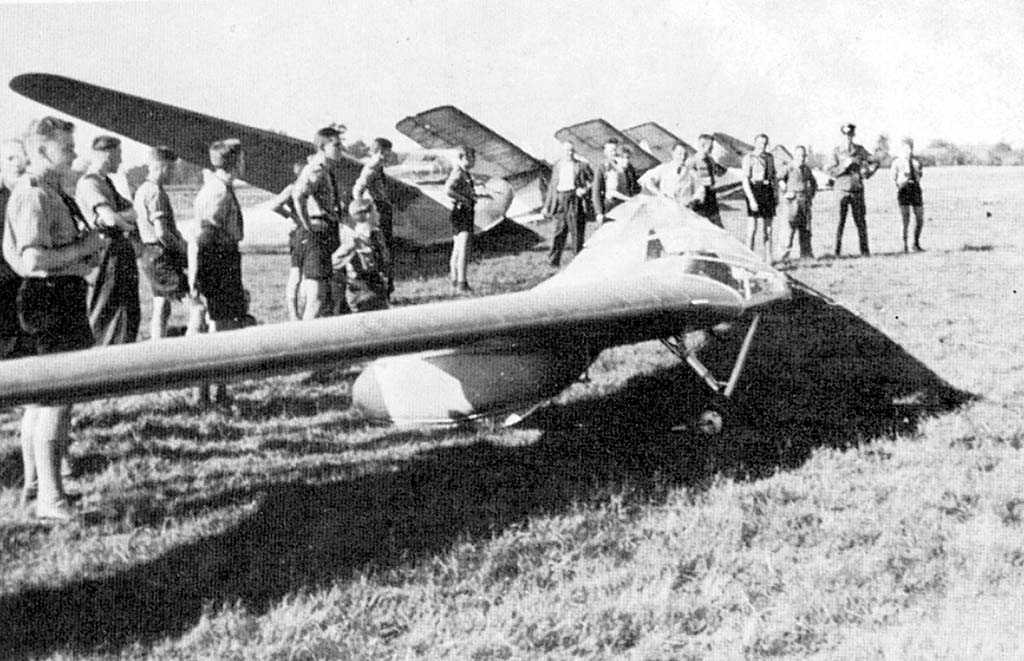 I am highly interested to learn if other contributors to the DIYDRONES community have tested similar airfoil/wingspan designs or are aware of detailed blueprints for Horten wings or other prewar German glider designs.

AFAIK the Wasserkuppe is still a popular location for Gliders and RC aircraft and currently houses the German Sailplane Museum.  Please feel free to comment if you have flown at this location or are interested in the subject in general.

*This is the first post of what I hope to be a series of blog posts, tutorials and curricular guides under the hashtag #makinghistory.  MH entries will examine historical antecedents to contemporary practices in the DIY, Open Source, Maker and Civic Hacking movements.