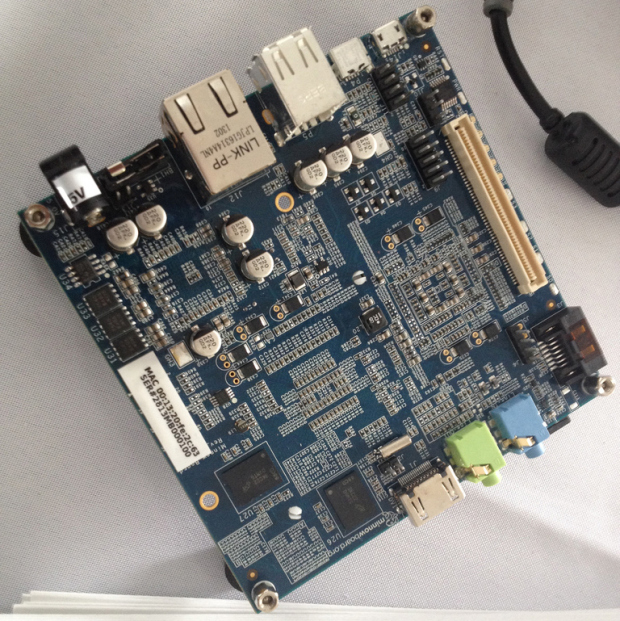 At World Maker Faire last weekend, I got the chance to check out Minnowboard, a new Open Source microcontroller board that is going after the Raspberry Pi market not by emulating the popular RasPi, but by blowing it out of the water with a four-inch $200 mini PC running Ångström Linux on an Intel Atom CPU. It has a host of intriguing features like x86 compatibility, gigabit ethernet, and a gig of DDR2 RAM, as well as the GPIO pins that hardware hackers like.

As a brand-new platform, the MinnowBoard has precious few accessories to offer. However, they have released the MinnowBoard’s specifications for their add-on boards, called Lures, enabling fans to start building compatible open-source products.

At Maker Faire, they had a neat demo at their booth — a hobbyist robotic arm controlled by a MinnowBoard and equipped with a camera and OpenCV computer vision library, enabling the MinnowBoard to detect an object and direct the manipulator to pick it up.