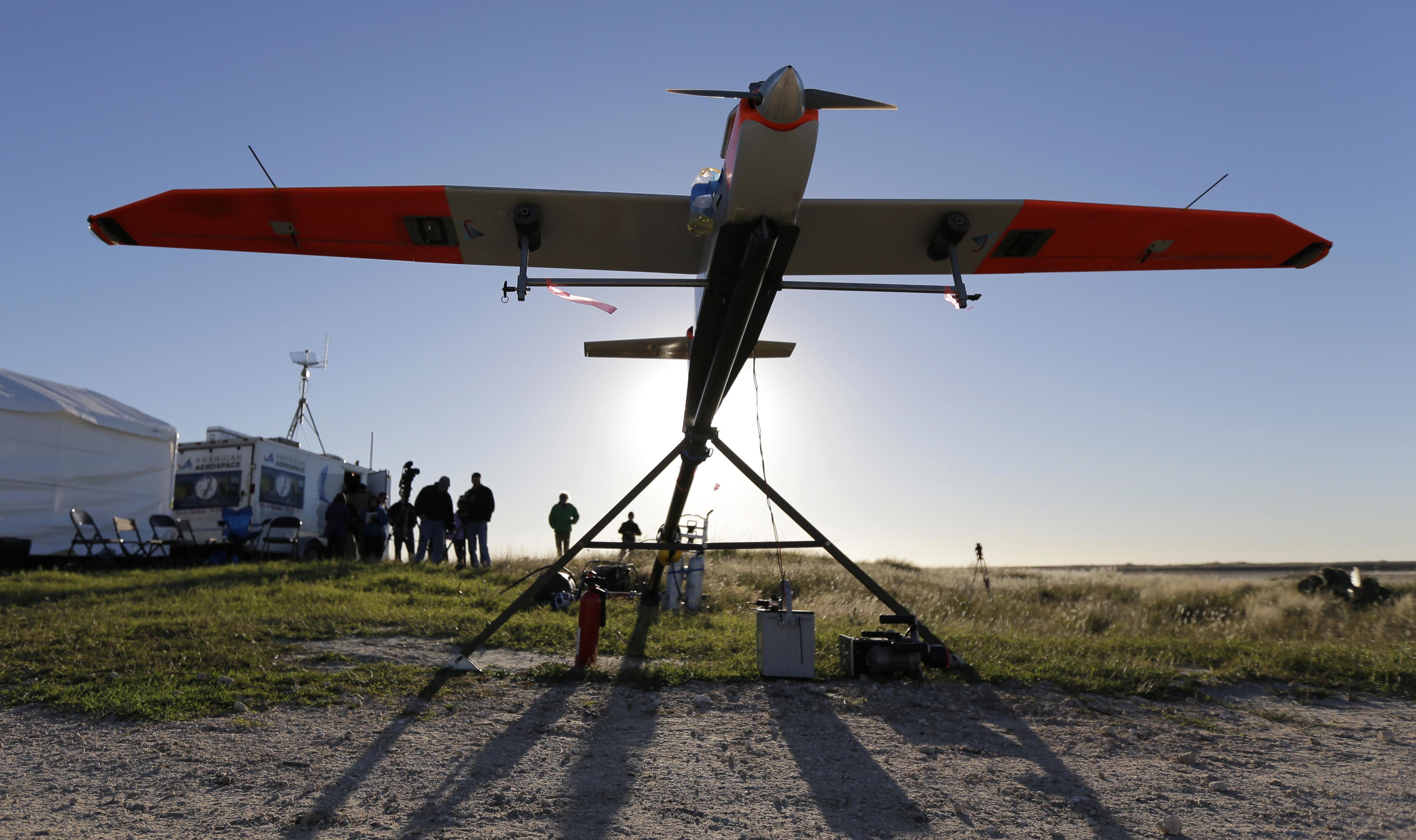 Students at the Massachusetts Institute of Technology are at work on a device that would, if approved by the Federal Aviation Administration, give unmanned aerial vehicles the ability to land on power lines to recharge their batteries.

Joseph Moore, a PhD candidate at the prestigious Ivy League university, told Business Insider he is at work on a magnetometer that would help steer a UAV, better known as a drone, toward a power line, attach itself to that wire, and recharge its system. The drone would use that already existing power source then continue on to its next destination.

Moore said that, because power lines already give off an electromagnetic field, it would be easy for a drone to fly into that source, perching on it as a pigeon or crow might. Such technology could be a major tipping for drones in the future, hypothetically giving them the ability to fly non-stop around the US or even the world.

Moore put on a demonstration for Business Insider and while the young man still has yet to master the technique, the prototype flew “within centimeters” of a mock wire.

Not only would the magnetometer give drone pilots the ability to travel without worrying when their flight is coming to an end, it could also revolutionize how much weight a fixed wing aircraft is able to carry. Quadrotor UAVs, drones that resemble helicopters more than planes, are currently better equipped to haul heavier loads than their jet-like counterparts.

Jeff Bezos, the CEO of Amazon, famously promised last year that he hopes his company will be able to subvert traditional delivery methods and send packages to online shoppers via drone as soon as 2017. Such a bold pronouncement created a wave of headlines, many of them focused on how Bezos’ idea may be inevitable but for now remain incredibly difficult.

“Drones are currently technologically limited, at least when we’re talking about the non-weapon enabled variety,” wrote Kashmir Hill of Forbes magazine. “The Octocopter-type drone favored by amazon can usually only fly for about 30 minutes to an hour with a limited distance. Forget about the ‘neither snow nor rain nor heat nor gloom of night’ postman creed.”

Yet the FAA currently prohibits essentially anyone who is not a hobbyist from operating a UAV. The aircraft must remain under 400 feet and within the pilot’s line of sight, among other restrictions.

That is poised to change after Congress reauthorized the FAA’s budget in 2012 with the stipulation that the regulatory agency make room in the airways for commercial drones no later than 2015. Loosened restrictions could permit Amazon, Google, and other technology leaders to deploy their own fleet of drones for any number of conceivable purposes, possibly even with help from Joseph Moore’s perching technology.

Others at MIT do not have to wait for the laws to change. Researchers at the schools Senseable Lab are developing a small fleet of test UAVs to help lost students find their way through campus, with the aim of eventually using them in emergency situations.

“Drones have had quite bad press because of the military implications. But this project is about helping people,” Carlo Ratti, director of the Senseable City Lab project, told CNN last year. “We are trying to look at the positive side of drones – people controlling drones, rather than the skepticism around drones controlling people."