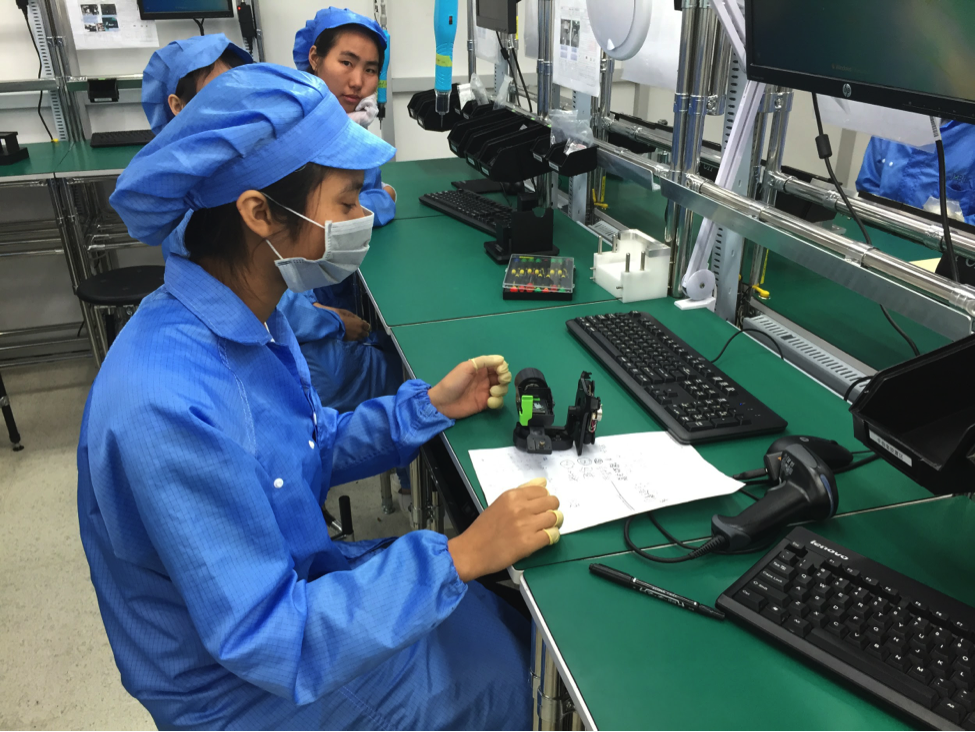 The gimbal is making good progress, with our production crew delivering some great footage recently. Check it out below.

The team is currently in China working on DVT2 of the gimbal, a pre-production build. If it goes well we move directly into making sellable units. The DVT2 units are essentially identical to PVT units (the ones we sell and deliver), so right now we’re just verifying the entire assembly and test procedure is in place before we say GO.

WHEN WILL THE GIMBAL BE OUT, BY THE WAY?

Right, a most important question! We’re targeting the end of July, about a month from now, and it’s looking good so far. Like we said, we want to get it right, so we always prioritize quality over schedule. Plus, the schedule has extra buffer time built in for any unknowns that may arise, so we’re feeling really good about making that delivery date. Until then, here’s a look at some footage from the gimbal as it is today—not even a touch of stabilization in post.

MORE ON THE STATUS OF THE GIMBAL

We’re happy to report that the HDMI flexes for production are meeting spec based on the latest testing, and we’ll be putting them into the DVT2 units by the end of this week. We’re still root-causing the 2% failures due the to over-currenting mentioned in the last post, and, long story short, we’re working on fixing this with more advanced filtering techniques on our power management. This means we’ve been able to turn this into a software issue, which means it won’t affect our manufacturing schedule—and for you, the delivery date!

The plan right now is to run the units through the actual assembly line with all the fixtures and test procedures in place. These procedures have been iterated on since the last build.

Right now we are finishing SMT—this acronym basically means the printed circuit boards are being cranked out and tested. The next step is assembly, in which all the pieces of the gimbal are put together and tested—this will be done this week, which means we will be test-flying the latest and greatest on copters over the weekend.

Meanwhile, in software land, a lot of supporting pieces are falling into place. These are mostly key pieces that include behavior not directly related to stabilization. These include making sure that the gimbal updates seamlessly when installed on the copter—this means that the user will be able to update the whole system at once via the Solo app, without any wires or uninstalling/reinstalling/screwdrivering of anything.

There is also internal “devops” infrastructure, such as updating our entire software build process to ensure new gimbal firmwares are always in sync with the rest of the code. The Pixhawk firmware, the Linux firmware on both the vehicle and controller, the STM32 on the controller, the app, the ESCs—whew—it’s a lot of stuff to coordinate. When you are early in the test process, the number of people fiddling with the system is small, so you can have a pretty manual build process. But as we test with more and more people, it’s crucial that we ensure all the systems remain in sync.

Finally, we’re adding much more robust datalogging from the gimbal, so we can better track and understand the behavior of the system over time. This will be one smart gimbal!

Stay tuned to this blog as we continue to roll out updates—we’re hoping to be able to add one every week, but honestly, this stuff might get way too technical and dull, so we might package weeks together. At any rate, we’ll maintain transparency every step of the way until the gimbals are on Solos and blowing minds!

Check out a video of recent footage. No post-stabilization.