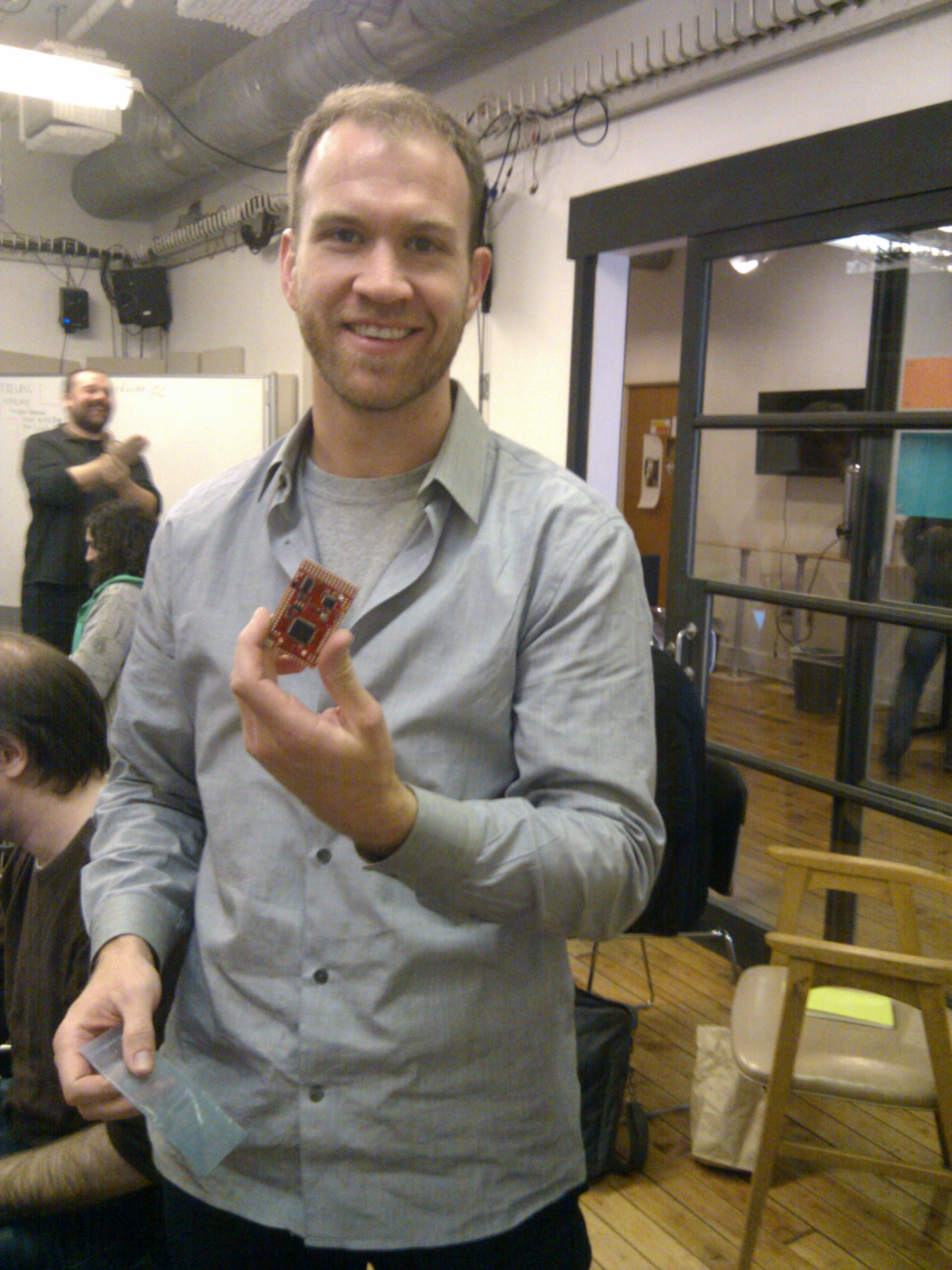 Here's a closeup photo of the board. It looks great! The only thing that's not quite right is the GPS connector is supposed to be sideways, so it doesn't rip off in a crash, but we'll fix that in the next batch. It doesn't really matter, because nobody will use that connector; they'll be using the GPS connector on the IMU shield instead. 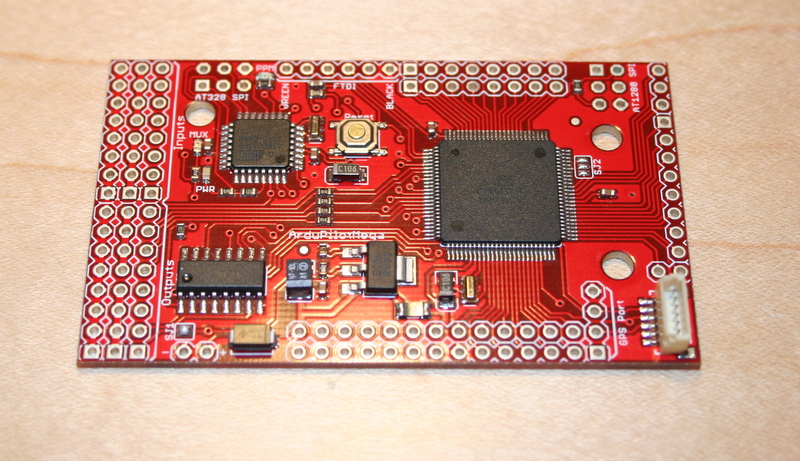 I don't have an ETA on when they'll go on sale, but it's not long now!