This video is a showcase in which I provide an overview of the capabilities and usage of the 14 additional autoflight modes which will come with the upcoming release of FlightZoomer (version 2.0).

In the second half of the video I show the shortest possible flight during which any of the 14 modes is used.

In case you want to learn more about these autopilot modes I have provided another new video, which actually is a training video. It takes more than 40 minutes and explains the new autpilot modes one after another in great detail:

Here is the handout to the training video, which provides additional information in written form:

FlightZoomer is much more than an autoflight control system; but in this post I specifically address the autopilot capabilities that are as-yet untapped by current Ground Control Systems. For example: 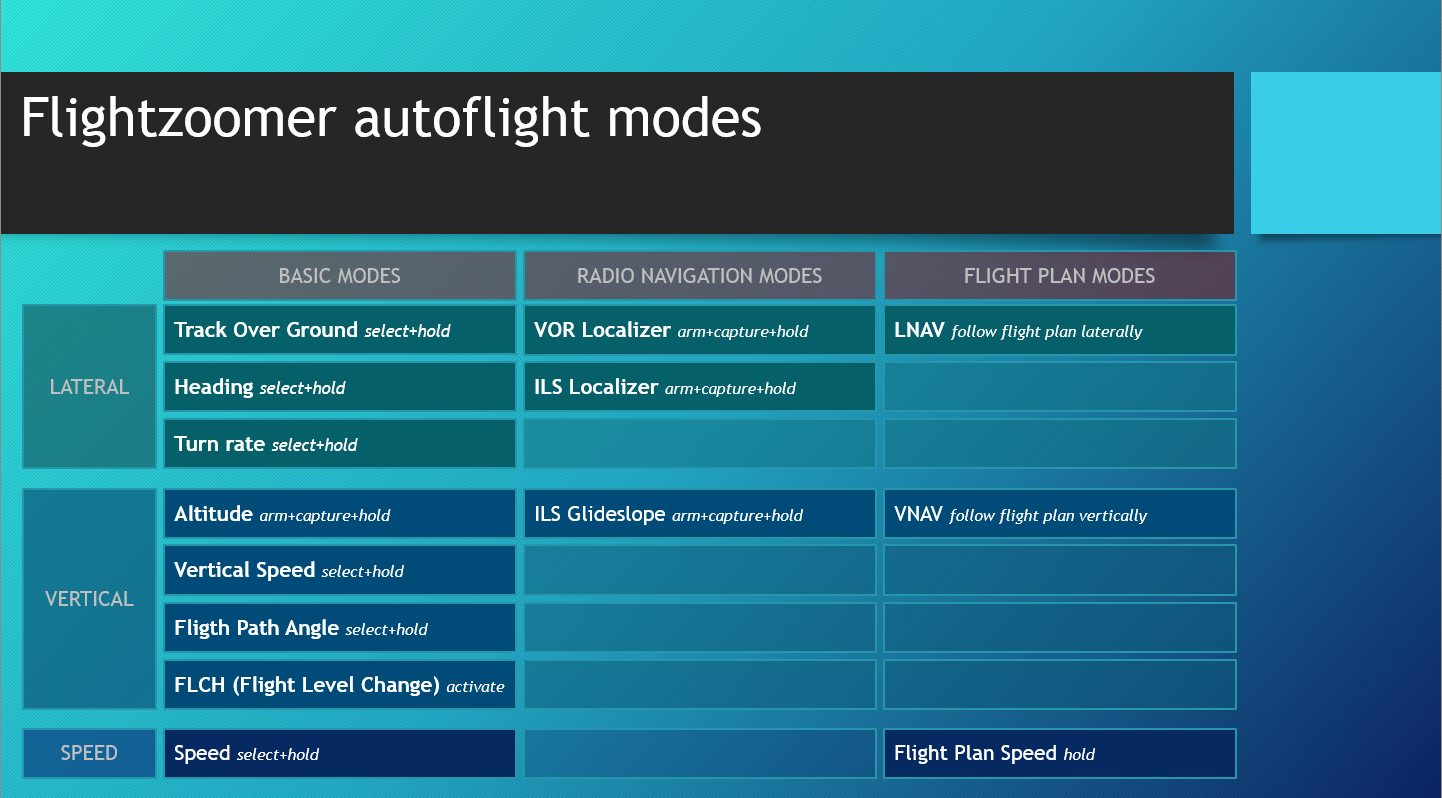 More information can also be found in some of my earlier about FlightZoomer posts here:

A word about the usage of Windows Phone-8® OS
I am fully aware that I have built FlightZoomer on the least prevailing phone OS. The reason is that I can achieve the highest productivity using the Windows programming stack and I can leverage a lot between relay server and the phone apps. I would simply not have reached this level of capability and application maturity this quickly.

For the same reason (time to market) I am reluctant to begin porting the apps e.g. to Android. There would be considerable time “lost” without gaining new features (I will port the apps however as Windows Universal apps: these support Windows 8 and 10 across all device types from phones to tablets to laptops to desktops).

But, on the other hand - let me argue this way: we fly around with copters that cost thousands of dollars mostly consisting of just proprietary hardware. We buy proprietary hardware for RC systems, ESCs, FPV stuff, cameras, gimbals, OSDs or even whole RTF copters. So for non-Windows Phone users using FlightZoomer would mean just buying another two proprietary hardware devices. These cost less than almost any of the aforementioned hardware.

Or – to say it differently – imagine I would build and offer fully proprietary hardware for FlightZoomer, like an onboard companion computer with touchscreen & sensors & cellular G3, G4 connectivity & Wi-Fi & Bluetooth & camera & autonomous power supply for 50 bucks (that´s how much I paid for my "companion computer"). Everybody would cry hurray! And, with FlightZoomer you don’t need to build complicated Python scripts and debug errors….

Likewise, what if I would offer a proprietary groundstation with 6, 7, 8 or 10 inch touchscreen, which supports all the FlightZoomer features for 100 to 150 bucks? I see people investing much more in groundstations that are not as capable.

Tags: flightzoomer
E-mail me when people leave their comments –
Follow