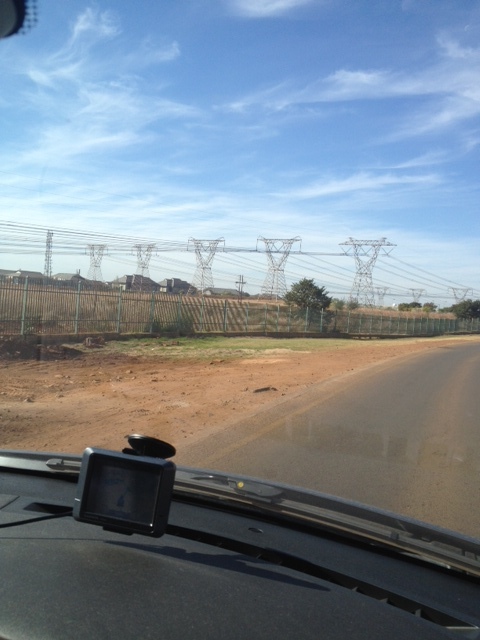 The SF30 laser range finder module has been designed to detect all kinds of different obstacles from a moving UAV. The most difficult obstacle to detect is an overhead power line because of its small diameter and dark color giving it a very small "laser cross-section". Add into this mix the issue of moving past these lines at speed and the real magnitude of the task becomes apparent.

In this test we drove under 5 groups of overhead power lines at 60km/h with the SF30 pointing directly upwards into the bright African sky. We used a laptop to record the results and limited the update rate to a relatively slow 1144 readings per second so that the USB comms and file storage could keep up. Measurements were taken in "snapshot" mode, meaning no averaging or filtering, and the resolution of the SF30 was set to 0.25m 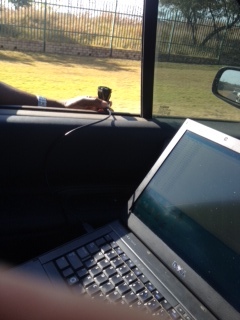 Data was logged using the LightWare Terminal app and the objective was to detect the presence or absence of the overhead power lines. Graphing the results shows the five groups of cables as hoped for, and we labeled these 1 to 5 from left to right:

The first surprising result was that the SF30 was not only catching the main power lines, but it was also picking up the static lines at the top. This is a much thinner cable that is used for lightening protection. We were also surprised to see that the height above ground of the cables varied quite a lot between the pylons and even within a group on the same pylon.

When we zoomed in more closely, we noted a strange thing in some places in the data:

The first group of results near the top of this data set were from the static line but the main line appears near the bottom as two distinct groups of data. So we drove back to the site to check out this result and here's what we saw: 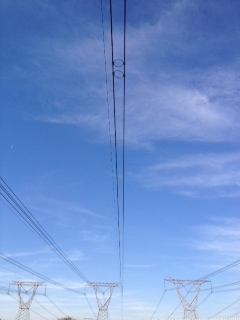 The main power lines appear to be in pairs when viewed from below and you can clearly see the static line just off to the left (we were driving from left to right under the lines).

We then examined more of the data and found another unexpected result in some places:

Here we could see three sets of data from the main power line. So back we went and took some more photos: 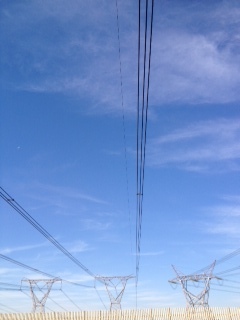