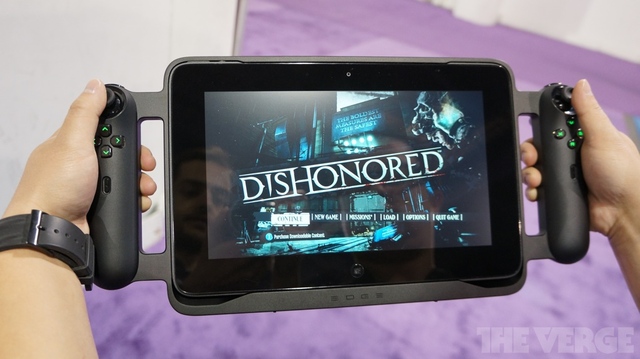 Starting at $999 for the Core i5-equipped, 64GB variant, the Razer Edge isn't cheap, but Razer doesn't seem to have skimped on quality. There's an Nvidia GPU inside it, beefing up the graphics, the base spec features 4GB of RAM (maxing out at 8GB on the Edge Pro), and though the screen resolution is only 1366 x 768, the display looks to be of a decent quality. Look for the Razer Edge to arrive in Q1 of this year, alongside the $249 gamepad dock and $99 docking station, with its keyboard dock coming up in the latter half of 2013.