The new ArduPilotMega Mavlink branch with the latest QGroundControl development branch enables the operator to dynamically load waypoints and set gains in flight. To test out the communication we setup a small ground based experiment with an RC Car. No gains were changed from the default ArduPilotMega gains. Also the inertial navigation code was used between GPS updates but the GPS reset the position/ velocity when each GPS packet was received. This led to some oscillations that will be corrected in later tests. The autopilot trim throttle/ steering is set at the beginning of the experiment using the autotrim feature of the ArduPilotMega autopilot system. At the end of the experiment the trim throttle was insufficient off-pavement and led to the end of the test. More experiments to come! We will be testing out the data-logging and in flight gain adjustment.

Below we have included a screenshot of the ground trajectory. We were using a ublox gps. Note that there was significant GPS signal degradation due to the surrounding buildings that led to the trajectory deviations from the flight plan. 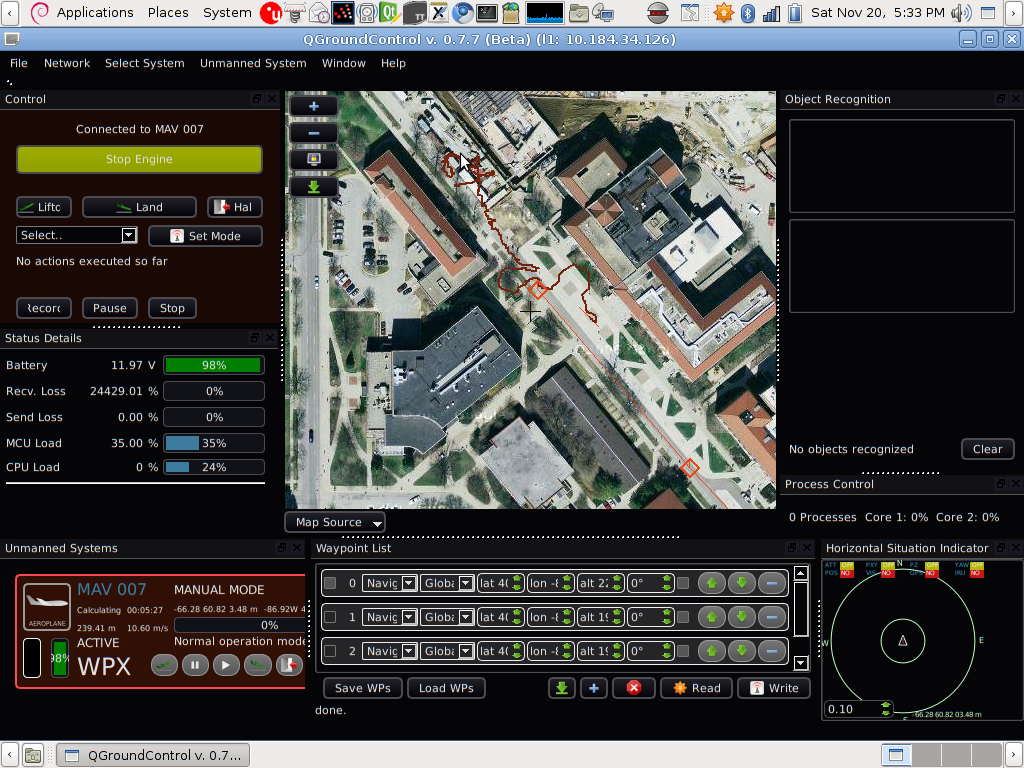