The upcoming 3.5.0 release of APM:Plane includes support for QuadPlane - a hybrid plane/multi-rotor that allows for high speed long distance flight with vertical takeoff and landing.

The above video shows a converted HobbyKing Firstar 2000 doing a fully autonomous mission, with VTOL takeoff, followed by automatic transition to fixed wing flight and then a VTOL landing. The planes builder, Jack Pittar from CanberraUAV, is shown with the plane below. 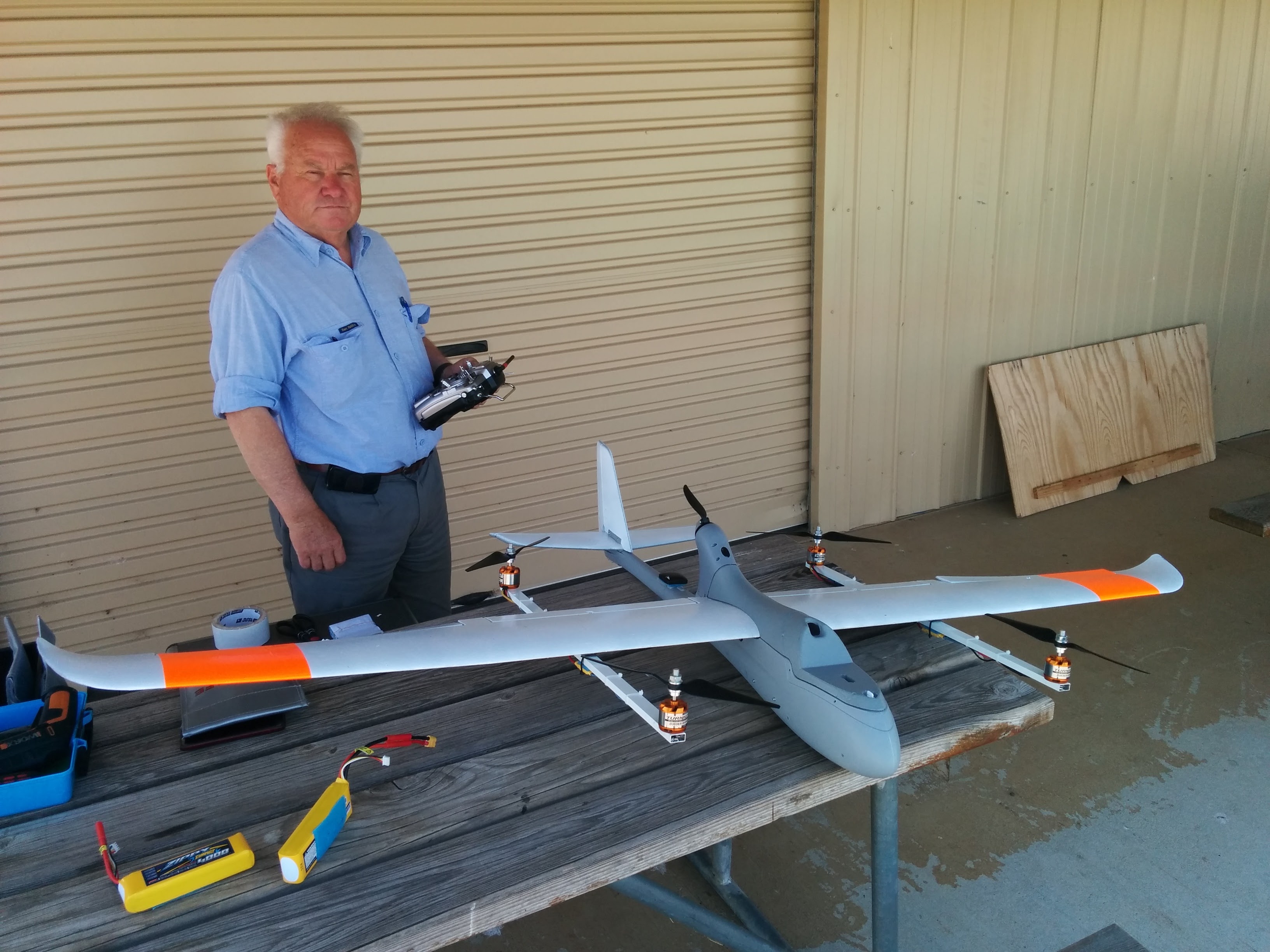 The plane itself was fairly easy to build, with the simple additional of rectangular section aluminium arms on the Firstar wings and 4 quad motors.

One issue we found is that the battery we are using (a 3S 4Ah 65C) doesn't handle the 65A needed for vertical takeoff well, with the voltage dropping to 10V on takeoff. After takeoff completes and it transitions to fixed wing flight it quickly recovers. We will be changing the battery setup for future flights.

A second issue is that the wings tend to twist a bit in flight, especially when yaw is commanded. That greatly reduces yaw authority when hovering. We are still thinking about the best ways to prevent wing twist.

The new QuadPlane support is documented at http://plane.ardupilot.com/wiki/quadplane-support and is included in the 3.5.0beta1 release (I will do a separate blog post on that release shortly).

In the near future we expect to add support for other hybrid frame types, including tilt-rotors and fixed wing aircraft with other types of multi-rotor frames attached.

This QuadPlane follows on from our earlier Senior Telemaster QuadPlane which used two Pixhawk flight controllers.

We built the Firstar QuadPlane to test the new code where a single flight controller board running APM:Plane is used, which makes for much simpler operation. We plan on now building a much larger version, with a 50cc petrol motor for fixed wing flight.