Just press start & it flies itself.  A self contained autopilot was the goal.

There were a number of options. Wifi ended up having too many dropouts to be used in any feedback loop, but would have to be used when communicating with a tablet.

So all the intense vision processing had to be done on the camera mount, wired to the cameras. The camera mount required an access point to communicate with a tablet for the user interface.

In the old days, this would have required an FPGA or DSP with custom software.  The computational requirement meant the STM32F407 was completely out of this project.  Nowadays, a 1Ghz linux board computer with webcams & a wifi dongle is the easiest, cheapest way to do it.

The pi only reached 900Mhz, regardless of active cooling.  The complete flight software without user interface used 80% & 1.5A with a cooling fan. With a user interface connected over the network, it used 90%.

Using an LM317 to convert 12V to the 5V was the most reliable power supply.  Amazing for all its hardware multimedia for set top boxes, it can barely do machine vision. According to the goog, this is the 1st time anyone has ever done anything that couldn't be done without overclocking it.

Certain uses of memcpy to shift a buffer by 1 byte don't work on the pi. You need for loops. 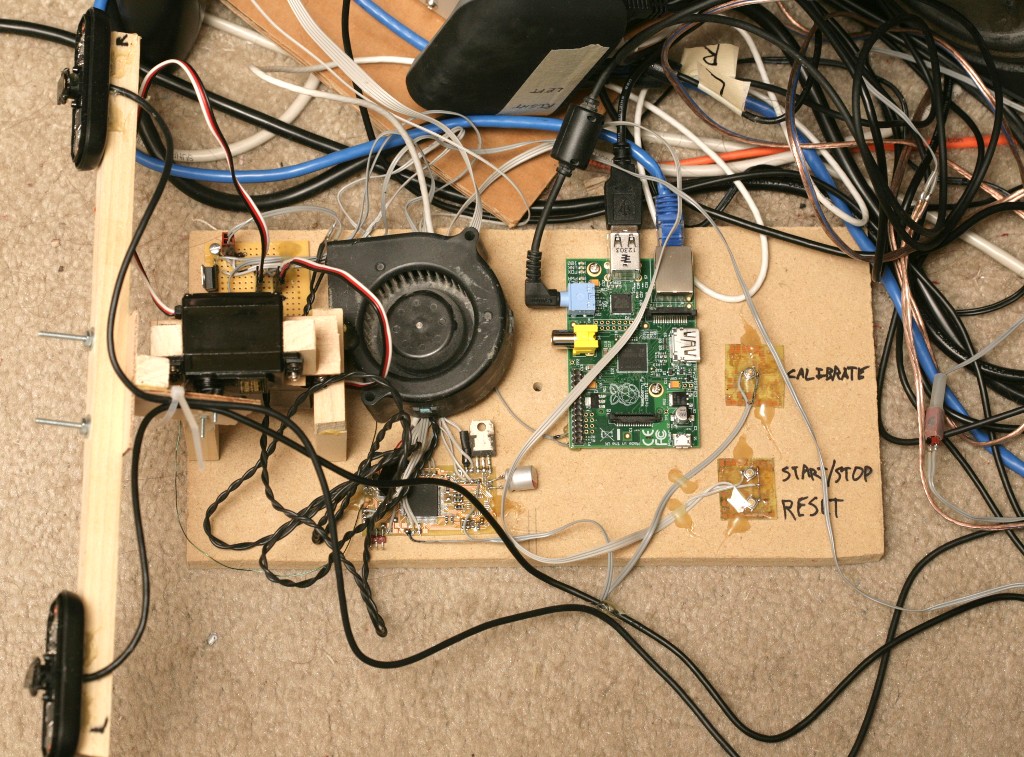 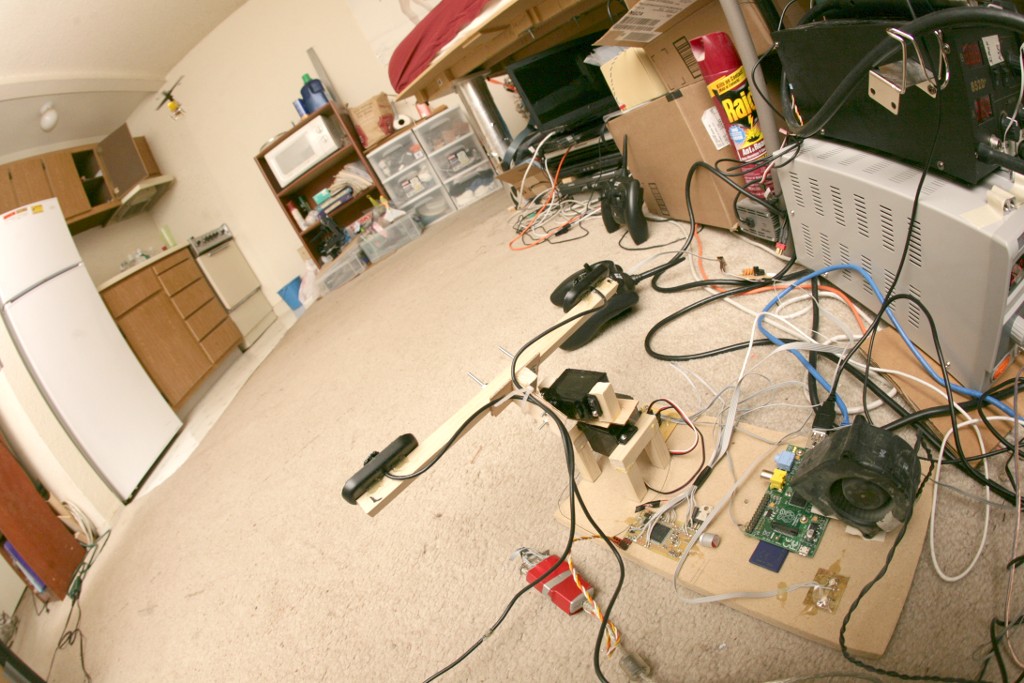 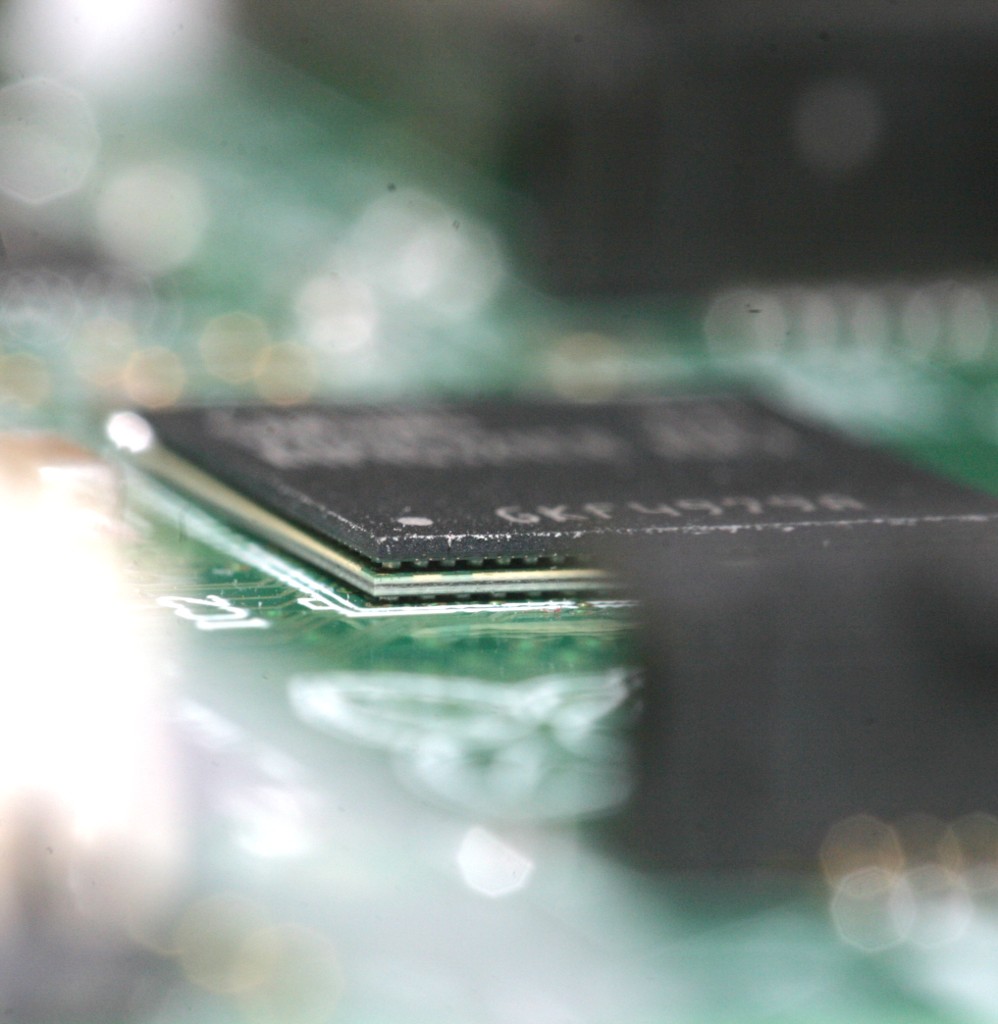 For some reason, they make a software floating point compiler.  Only download  arm-bcm2708hardfp-linux-gnueabi.

To get the CPU frequency in khz:

Manually set the speed in khz: