We had a a great time at the Drone Games at the Groupon offices in SF today. (They used to be called the Drone Olympics until they got a cease-and-desist from the Olympic Organizing Committee). Nine teams competed, all using Parrot AR.Drones running Node.js software. I was one of the judges Co-Organizer Jyri Engestron and his partner, Caterina Fake, displaying the medals, which were created and 3D printed by Tinkercad (run by Kai Backman, the OTHER "Finn in San Francisco who used to work for Google") 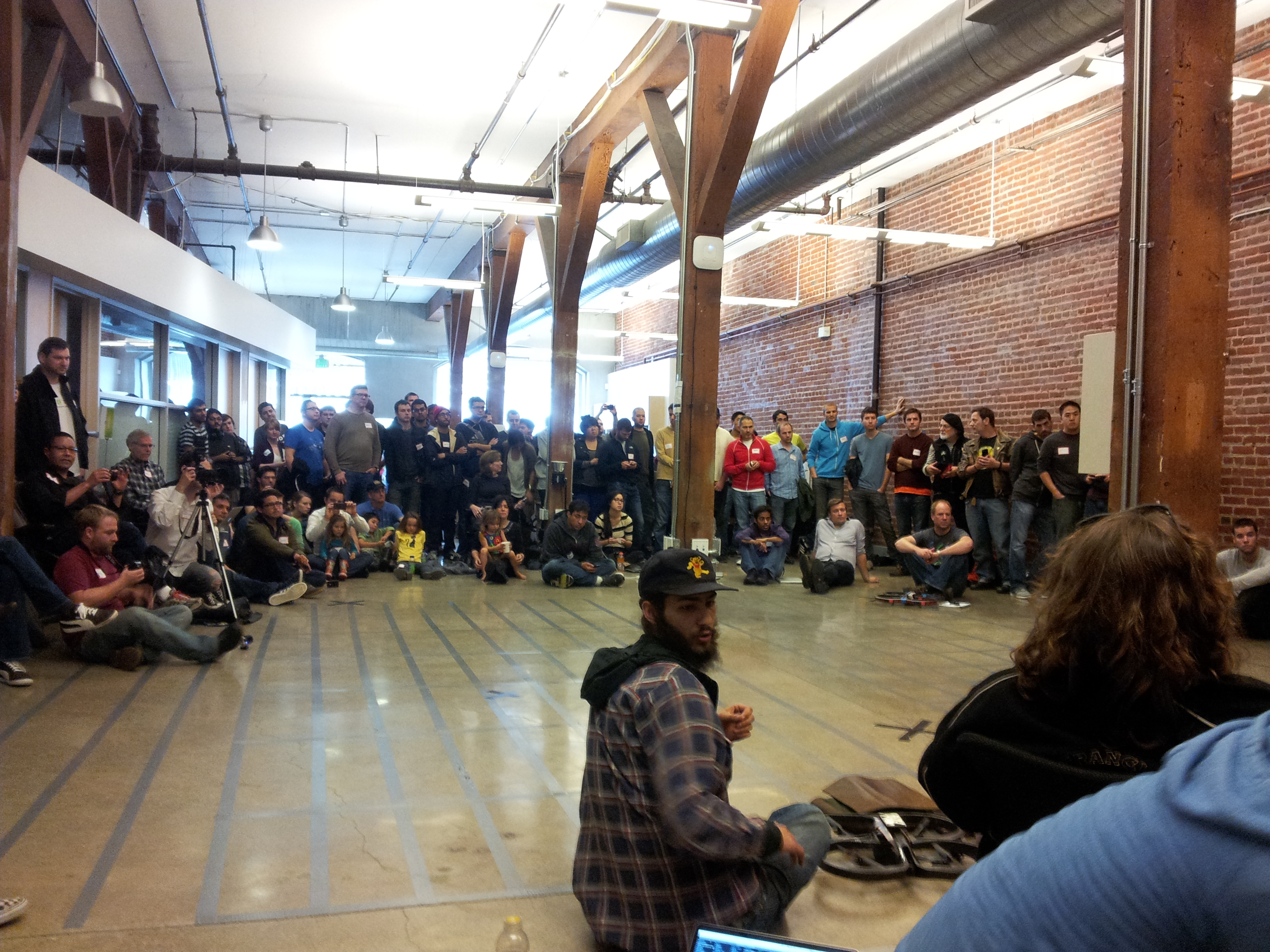 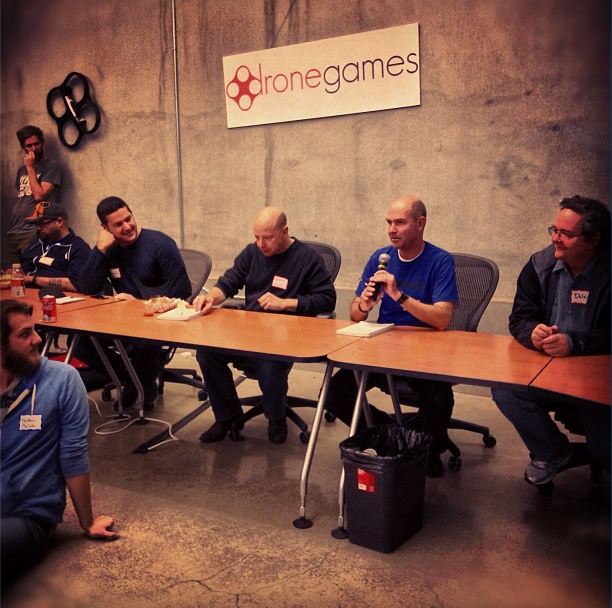 The judges! That's me announcing the winners (via Jyri Engestrom, one of the organizers)