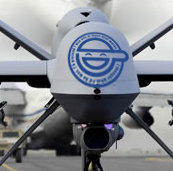 Slashdot is carrying a story about new research published by the good folks at Carnegie Mellon and Coherent Navigation detailing a series of classes of GPS attacks beyond those previously demonstrated.

Of particular note to this community, the research details vulnerabilities found in the uBlox 6H GPS receiver.

The researchers go beyond the typical jamming and spoofing techniques, and also examine weaknesses in GPS messaging and in attacks against the embedded operating systems and applications which communicate with the GPS modules.

The uBlox 6H does not fair as badly as some of the other modules, and besides spoofing, the only other identified issues is described as "Vulnerable Week #"

But should our community be concerned by these techniques? With an estimated cost of $2500 to create the equipment to exploit many of these weaknesses, and recent demonstrations of an ARDrone virus, it might not hurt to begin thinking more seriously about security at key input points (telemetry and GPS data streams, at least.) In our brave new world, a system crash could not be more aptly named.