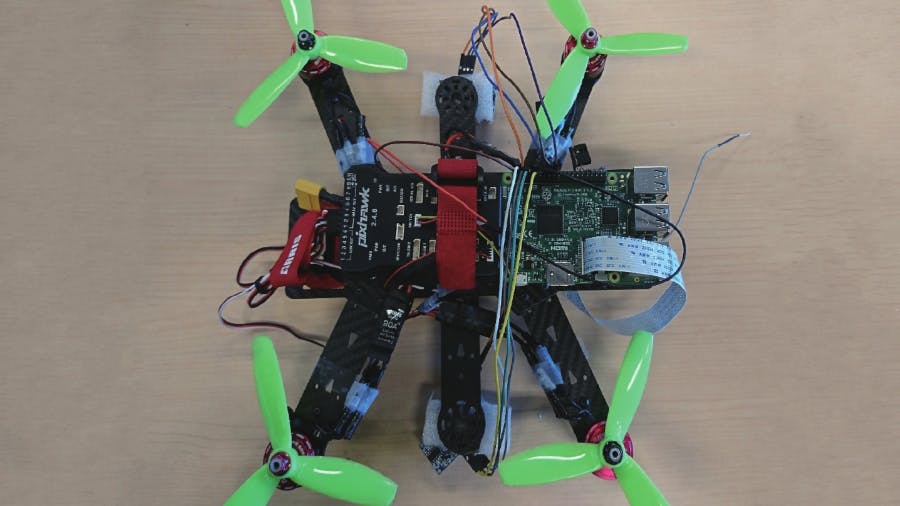 There's nothing new about the concept of autonomous drones, but technologies which work well for navigation outdoors — in particular GPS and other global navigation satellite systems (GNSSes) — don't always translate well to indoor use. "We considered different hardware options, including laser rangefinders," explains lead author Chinthaka Premachandra of his team's work. "But rangefinders are too heavy, and infrared and ultrasonic sensors suffer from low precision. So that led us to using a camera as the robot's visual sensor. If you think of the camera in your cell phone, that gives you an idea of just how small and light they can be."

The prototype developed uses a Raspberry Pi 3 single-board computer and a low-cost low-resolution camera fitted to a small off-the-shelf quadcopter drone driven by a Holybro Pixhawk 4 flight controller. The camera takes an 80x80 resolution snapshot of the floor underneath it, then analyses it to infer its movement. "Our robot only needed to distinguish its direction of motion and identify corners," Premachandra notes. "From there, our algorithm allows it to extrapolate its position in the room, helping it avoid contacting the walls." 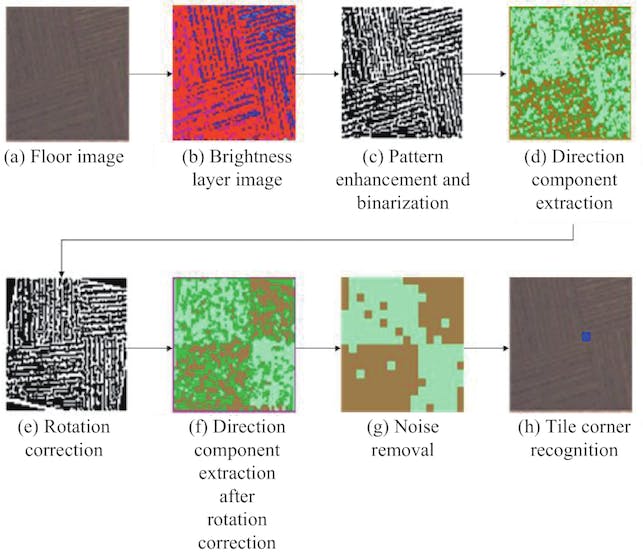 Low-resolution imagery of the floor under the drone is processed, then the corners of tiles located. (📷: Premachandra et al)

There's a catch, of course: While the prototype proved effective, it was keying on the edges of tiles used in the test room's flooring. As a result, the work isn't immediately transferable to rooms with other types of flooring — particular carpeting without a repeating, reliable pattern. Nevertheless, Premachandra's predicts that the technology — or a future variant using infrared cameras — could be useful "in warehouses, distribution centers, and industrial applications to remotely monitor safety."

The paper has been published under open-access terms in the IEEE/CAA Journal of Automatica Sinica.