Lately, a lot of companies have commercialized their own RTK GPS receiver. On this blog I will provide information about accurate landings based on an AsteRX-m UAS receiver which works on L1 and L2 frequency.

I’ve tested landings with an f450 DJI frame with the following setup:

To improve the accuracy from the landings I tuned the following parameters from the Extended Kalman Filter (we want to rely more on the RTK GPS because it is much more accurate than the standard GPS module) :

The following mission script was used to realize the autonomous landings:

2)      Fly to waypoint several meters from the platform The accuracy of all 50 landings was better than 20cm (wind speed was low 10 km/h so there were no outliers). The standard deviation is 4,12cm and the mean accuracy 7,43 cm. 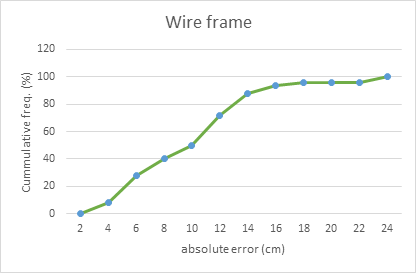 An example from an RTK based mission:

More info: stijn.dbr@gmail.com (let me know if you want access to the raw data and logs from the test)