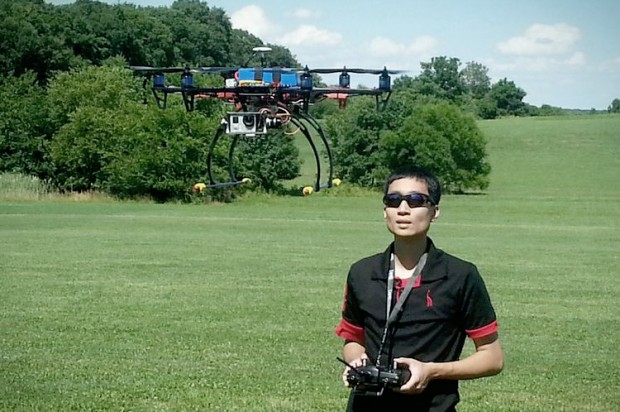 These enthusiasts–a former soldier, a Hewlett-Packard analyst, a 15-year-old science and tech student from Baltimore, representatives from the burgeoning unmanned aerial vehicle industry–make up the more than 400-strong DC Area Drone User Group, which claims to be the country’s largest and most active set of drone hobbyists. Roughly 50 of them attended the gathering in Leesburg.

Founded by Timothy Reuter, who works with USAID’s Feed the Future group, the group is dedicated to “promoting the use of flying robots for community service, entrepreneurial, and recreational purposes,” he said. Reuter makes regular appearances at drone events around town and wants to prove that drones aren’t just spying and killing machines.

“We’re trying to change the notion about what drones are for,” he says. “We’re creating a social movement that is taking a technology traditionally associated with the military and the surveillance state and trying to turn it into a tool for citizens and communities.”