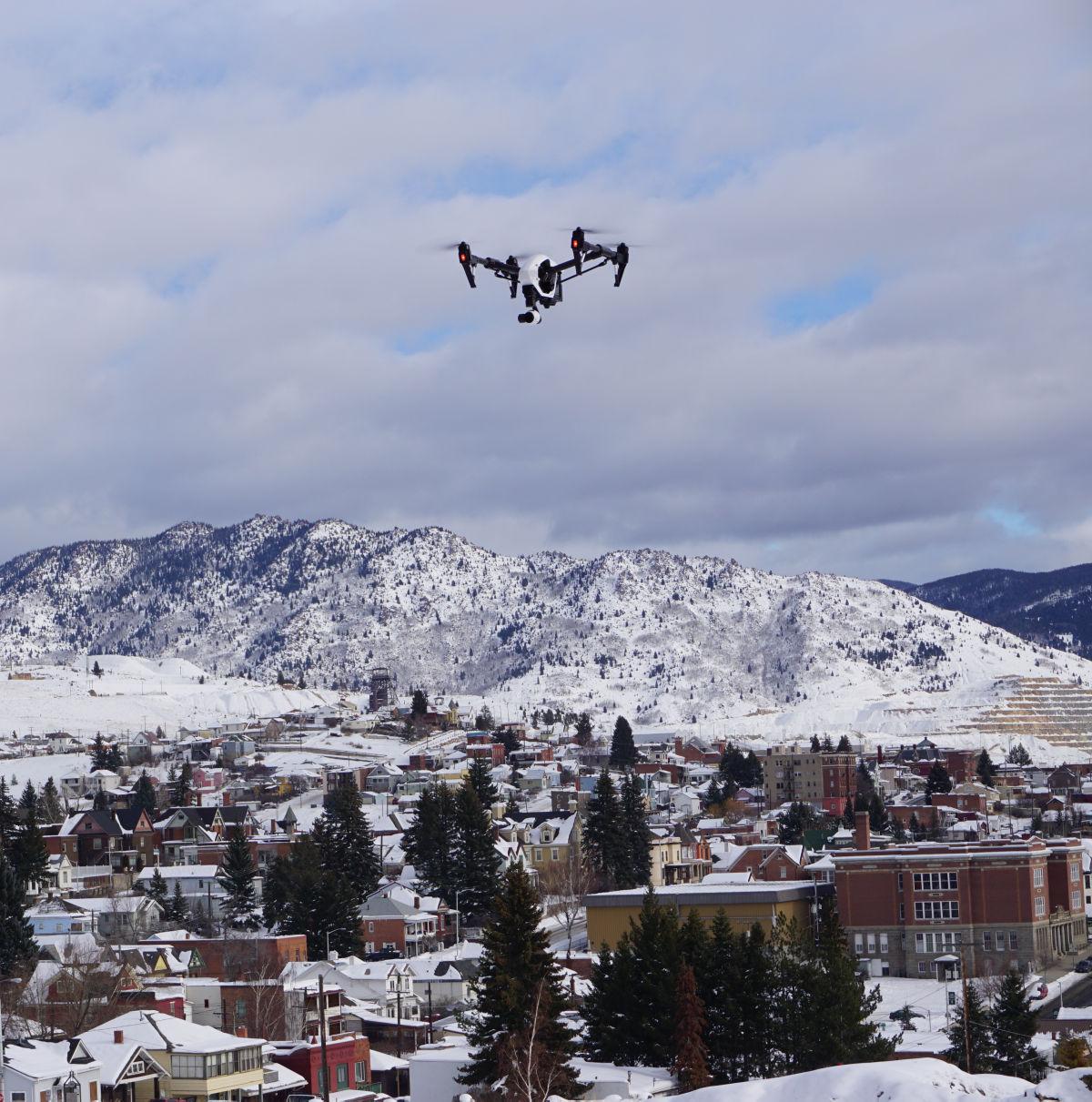 Montanans anticipating the day when their medicine, packages or even a pizza will be delivered via drone are in for a rude awakening if a new law that passed the Montana Senate severely restricting drone flights in Montana airspace is adopted.

State Sen. Steve Hinebauch, R-Wibaux, has introduced legislation that would make drone delivery services like Amazon’s illegal in Montana. The Montana Senate voted 30-19 in favor of the drone ban, ignoring the millions of dollars and dozens of jobs drone businesses are already bringing to Montana.

Under Hinebauch’s Senate Bill 170, most drones would be banned in all airspace under 500 feet without explicit permission from the landowners below, including delivery drones. When asked how this might affect drone delivery services for goods like medicine or packages, Hinebauch said that drones should follow the existing roads on the ground rather than fly in straight lines, and if they dare fly over anyone’s property without permission, they should be fined.

This statement is likely the most ridiculous response to a realistic question one could have expected on the floor of the Montana Senate. In fact, flying in straight lines and avoiding the extra time of road travel is the entire point of using drones in delivery in the first place. Imagine if Delta Airlines or medical helicopters were asked to follow roads and never cross private property lines? Where are the property lines in the sky, anyway? Really?

This issue may be all fun and jokes for Hinebauch, but for many people in Montana like myself who work in this emerging industry, this drone ban means less money to put food on the table, pay the mortgage or pay for a business lease on an office, automobile or other needs.

Then of course there’s the fact that the Federal Aviation Administration governs aircraft and airspace, not state legislatures, for obvious reasons. If every state and city could write different rules for airspace, pilots and passengers lives would be at risk and no one would be able to fly anywhere.

SB 170 is a radical departure from all case law governing airspace ownership and use, and directly conflicts with federal law, which says that the sky is public domain and regulated solely by the FAA.

Montana legislators haven’t always been so hostile to the drone industry. In 2011, then-state Sen. Ryan Zinke, Montana’s two-term congressman and now secretary of the Interior, was among the first Montana state legislators to push for increased drone technology development for firefighters, surveyors and ag producers through partnerships with Montana’s universities.

Sadly, Heinbauch and other Montana state legislators seem intent on destroying Zinke’s and Montana’s progress towards building a drone industry in Montana. Our state legislature should be helping create jobs not working to destroy them. If this drone ban passes, Montana will lose out on billions of dollars and hundreds of high tech jobs tailor made for rural Montana entrepreneurs.

Realtors, farmers, news outlets, first responders and small-business people like myself all over Montana hope our legislators will rethink the proposed rule and join Zinke and others promoting an industry forecast to grow rapidly.

It’s time for Montana’s government to get serious about drones and put together a group of professionals, private property owners, law enforcement, drone industry representatives and airspace experts to help the state responsibly govern the drone industry without conflicting with federal law or hurting Montana businesses and working families.

Pepper Petersen is CEO of Big Sky UAV in Helena.