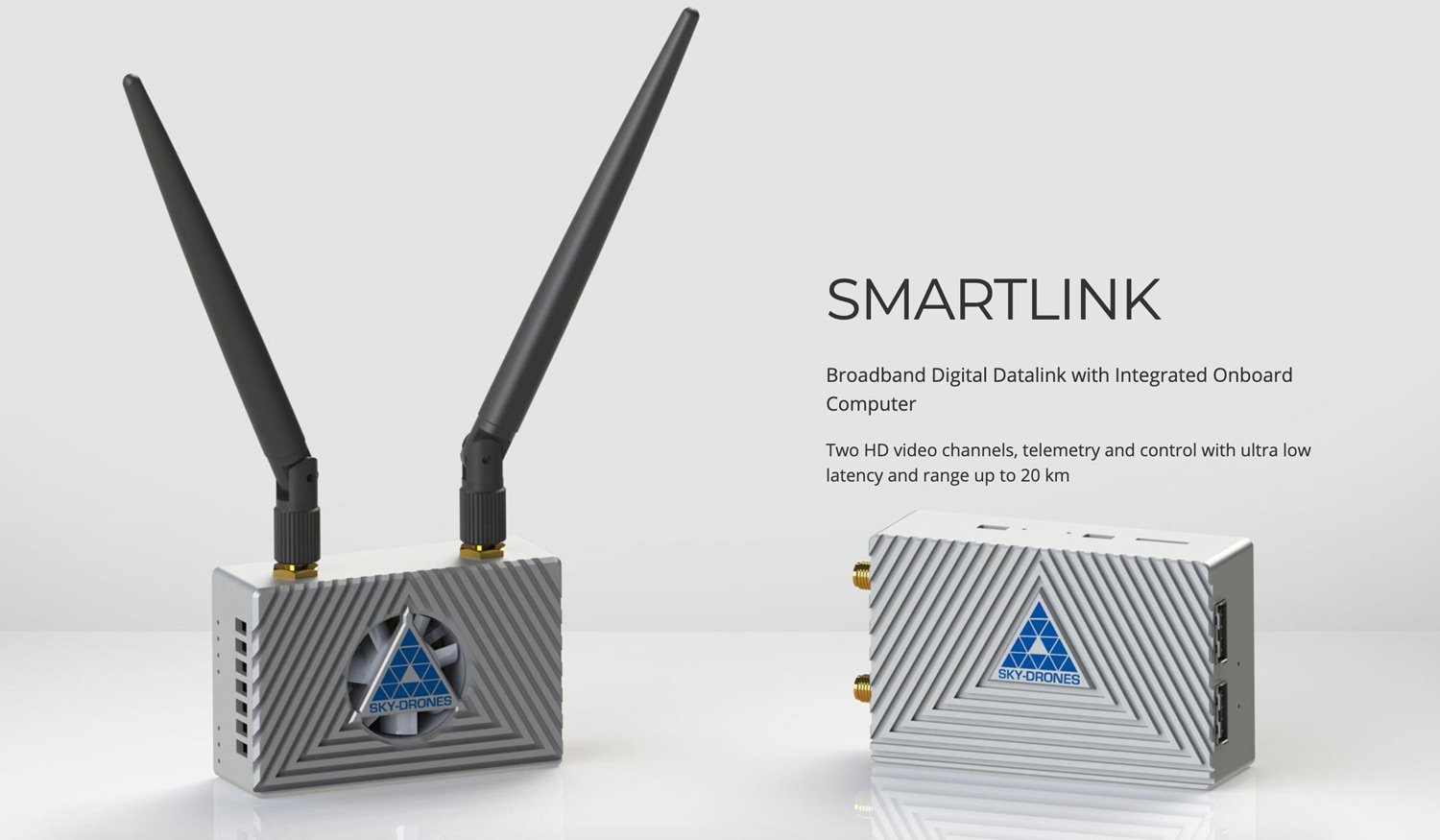 Sky-Drones has launched a new product. It's called SMARTLINK, this is broadband digital datalink with integrated onboard computer. Two HD video channels, telemetry and control with ultra low latency and range up to 20 km. Fully supported by SmartAP GCS app on all platforms and compatible with PX4, Ardupilot, QGroundControl and Mission Planner. More information here.

It also has plenty of resources for user applications. Various interfaces e.g. USB, UART, I2C, SPI allow to connect payload and tightly integrate it with flight controller and / or ground control station

Ground module is very compact and lightweight, it has micro USB connector to interact with any kind of device - laptops, smartphones, tablets, desktop computers supported. All you need to do is connect it and open SmartAP GCS App.

SmartAP GCS can be used on any platform and operating system including MacOS, Windows, iOS, Android and Linux.