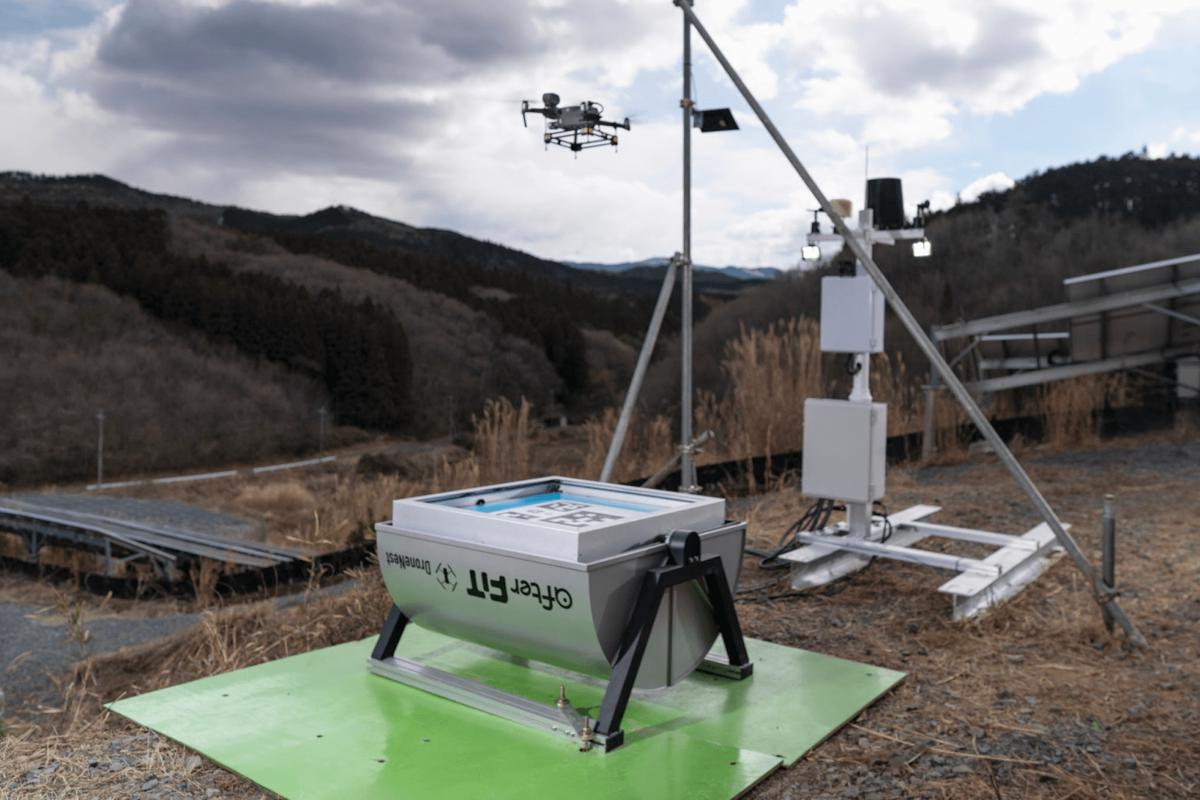 Headquartered in Tokyo, Japan, AfterFit is an electric power company specializing in green electricity generation, transmission, and sale. Since inception, they have been on the mission to accelerate the shift to renewable energy. Although increasing the number of renewable energy power plants is difficult due to the land constraints, AfterFIT has been scouring Japan’s landscape using satellite data, automated drones, and AI tech to find the most viable locations for renewable energy production.

With the in-house expertise to handle everything from power plant development to power supply, maintenance, and asset management, they are well-equipped to offer comprehensive solutions and provide decarbonized energy without incurring the conventional cost increases. In addition to 25 domestic bases, they have recently expanded into Vietnam and Indonesia.

The Hurdles AfterFit had to Overcome

The challenges in Japan are two-fold:

Drones for Solar Farm Inspection: How it all started


In response to these challenges, AfterFIT began using drones in an effort to “solve green power difficulties with technology”. With over 50 qualified pilots spread across 25 domestic bases, AfterFIT has been using drones for conducting surveys required for solar power plant inspection, construction, and design. An in-house application software for autonomous navigation has also been developed to enhance productivity through AI analysis of acquired photos.

Drones helped them in reducing the time required to inspect a MW from 3 hours to less than 10 minutes.

As a solution to the labour shortage, companies in Japan have developed and used a dedicated drone for power plant maintenance and inspection. The system including the charging port, costed around 10 million yen, posing a cost-effectiveness barrier to practical use.

However, AfterFIT was one of the first renewable energy companies to put a modular automated drone docking station into practical use at the power plant (1,924KW) in Ashino, Nasu Town, Tochigi Prefecture.

Without any operator or assistance on-site, AfterFit was able to conduct a level 3 (non-visual, no assistant) solar panel inspection. By utilizing commercially available off-the-shelf drones manufactured by DJI, the world’s largest drone manufacturer, and a compatible Drone Nest by Heisha, AfterFIT was able to reduce the cost of equipment and operations by more than half.

With FlytNow Auto software, they were able to carry out all operations remotely from the Tokyo headquarters, which was about 200 kilometres away from Ashino. The intelligent & reliable precision landing module provided by the software ensured the drone landed on the docking station, every single time.

The drones could fly autonomously along a predetermined route, inspect solar panels, and live stream infrared video feed and images back to the command centre. Each inspection takes about 20 minutes, and charging takes about 60 minutes. Its applications also include security monitoring systems, in which the drone can fly to a suspected anomaly and provide sufficient warnings to both management and any potential intruder. In addition, AfterFIT created an AI-based system in-house to generate power plant anomaly reports.

In addition to the labour & cost saving, the deployment of a fully automated drone docking stations has the benefit of boosting flight frequency, which saves money in the long run.

While previously, solar power plants were only inspected four times a year; drone nests have, however, made it possible to inspect more frequently. Weather events, such as typhoons or severe rain, might generate irregularities in energy production that can be discovered more quickly and efficiently. AfterFIT has been able to deliver lower-cost maintenance services of higher quality by offering these advantages to the company’s whole customer base.

With such incredible benefits in the renewable sector, DiaB systems are unmistakably on their way to taking the world by storm. Watch this video by Yuji Kuwamizu as he walks us through at NestGen’22 Keynote:

We, too, are excited to see how the integration of automation and drones will make processes, productivity, and production more efficient, faster, and larger as it pervades practically every industry!