6
Drones and aerial work in Italy. Despite some difficulties of a regulatory and bureaucratic, dictated by the regulation on unmanned aircraft, now almost every day ENAC recognizes operators and means to do the non-critical and authorizes (in number sharply less) to mixed critical operations.

Currently there are 232 operators SAPR. Of these, those who use drones Italian counted on the fingers of one hand. In fact, the means that are all the greater in non-critical actions are based on systems of DJI (70% of the total), suitably modified to be recognized, of which 20% are constituted by DJI Phantom.

In this scenario stands recognition ENAC achieved today by 'very Italian VirtualRobotix that for the first time enters the Olympus of Drones that  can perform aerial work It is quadcopter SPARK 350. It is a true Italian product made ​​in almost all components from VirtualRobotix. Only motors and controllers (ESC) are not made "in house". Not for long, however, the reality of Bergamo is also planning the ESC. 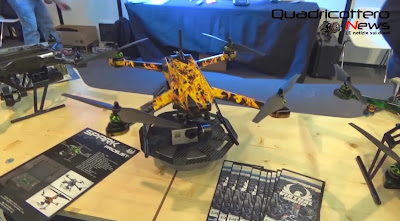 Even the design is Italian, the body is designed by Flavio Taborelli, printed in SLS, made ​​with a mix of ABS and composite materials to have a proper balance between flexibility and rigidity. 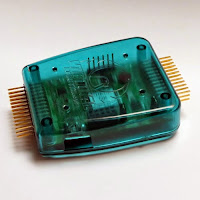 Inside the autopilot is called VrBrain 5.2: a flight control 32bit made ​​in VirtualRobotix whose hardware and sensors have also been taken as an example by the Pixhawk3DRobotics who had initially chosen another type of accelerometers and gyroscopes getting bad results forced to run for cover immediately after choosing the same path of VRBrain. And the GPS? He also designed by VirtualRobotix, updates the previous VR GPS module which now uses the NEO 8 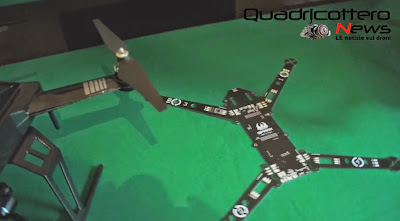 NO INTERNAL WIRING
The Italian news are not finished, the SPARK has no wiring. Inside the frame using a particular card that serves as integrated modular distribution board and connects esc and motors. The standard version also mounts an OSD with tx and video room integrated fpv navigation and you can switch between the cam navigation and video preview of the room installed on the gimbal
FIRMWARE FLIGHT ARDUCOPTER
VirtualRobotix, in the person of Roberto Navoni, was the founder and contributor of codeArducopter now called APM: Copter. The version of firmware that runs on VRBrain is properly optimized for the hardware VRBRain but has the exact same functions of the official version. For these reasons we can say that the firmware is made in VirtualRobotix even if the project is actually open source.
TERMINATOR AND PARACHUTE
The SPARK recognized by 'ENAC weighs 1.8 Kg and has terminator flight andparachute. It can be considered the Italian answer to DJI Phantom , a 'statement that from now on it is also valid for the professional field.
For more information on SPARK 350: www.virtualrobotix.it