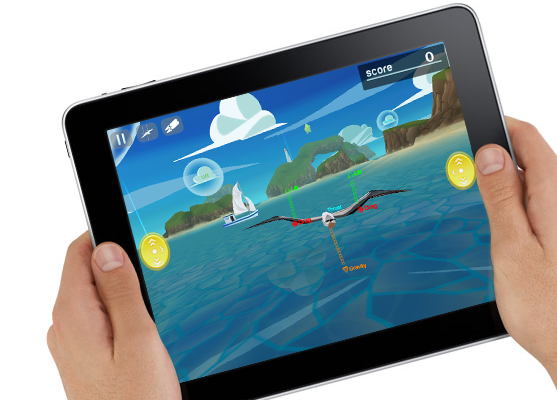 As a dad, this is the kind of thing I can get behind. A Kickstarter project for an iPad (and eventually other platforms) game to teach the principles of aeronautics through simulating bird flight. Called AERO, you can get a copy of the game when it's done for a $10 contribution.

Seeing a plane or bird in soar in the sky is amazing to behold. But the aerodynamics and physics behind the miracle of flight are difficult to grasp. There are several forces engaged when a bird or plane flies, and here on earth we're unable to see any of them. But never fear!  Bill Nye andGameDesk have a revolutionary idea! With your help we can complete a game that teaches the physics behind flight by allowing players to literally become a bird and experience those scientific principles in their own hands.