Yes! Another APM 2.5 powered quadrotor took to the air in South Carolina. All that energy, time, effort and planning paid off this evening with the maiden flight of my entry into the DIY Drones sponsored Instructables Drone Contest. The build is HERE.

The idea behind this tube and plate project was to reduce the amount of hardware and aluminum used in an effort to reduce weight and cost. The ultimate goal would be a lower cost build that high school kids could afford. Of course a DJI clone air frame is cheap, but as I mention in the Instructable..

I chose not to use GPS on this build, again as a cost reduction effort and motivation for a school build. It would be a great project for a STEM program. A different motor mounting method was used for this build... Rather than fighting to access motor screws through a couple of holes in the bottom of the arm, the arm area below was machined away to make it easy to install the screws. I used the same 'angle mount' idea from my first quad but as these motors were larger, I had to machine some relief into the side walls to allow the screw heads to clear. Sure, I could have reduced the heads of the screws or perhaps found some screws with smaller heads but, this fix provided the simple fix. (Psst... hey 3DR.. if you 'borrow' this idea for AC-4, I will be flattered.)

I am working on my new CNC machine so it was not ready to make the holes for me. I devised a jig, used on the previous quad for marking the holes on the arms. 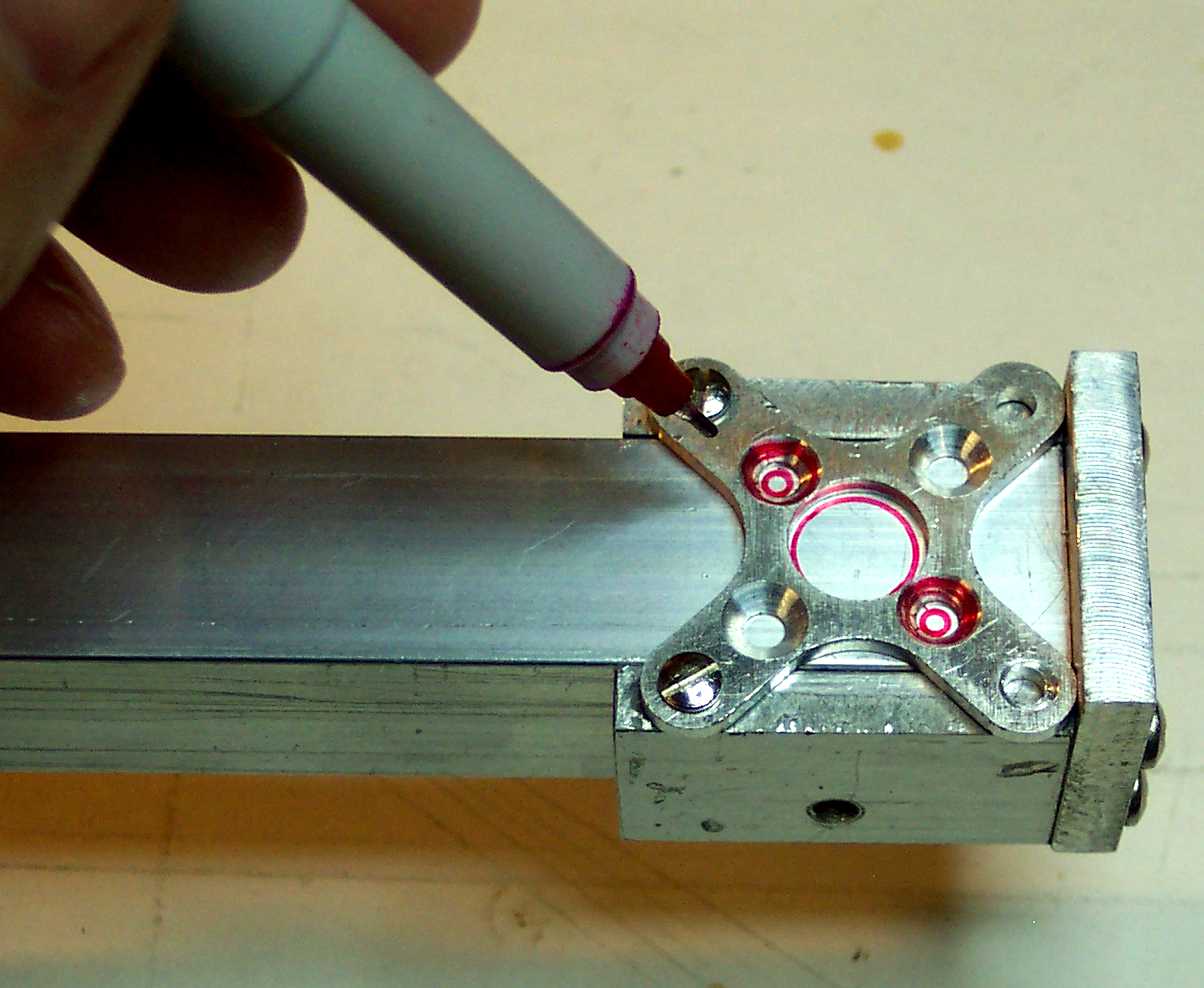 So, how did it fly? Not bad considering I didn't check the battery level prior to the flight. The flying weight of the WBQ was just under the weight of my first quad. The difference was this quad uses the heavier motors (gold vs purple). I was surprised by this when I pulled the motors out of their bags. The motors were 3DR units bought off a DIYD member who had posted them in the Buy/Sale/Trade forum.

Three throttle up/lift off runs were made: Throttle Out is graphed below.

The first hump was to ensure that the controls were right way around. Some tendency to roll right was noticed but with almost no tuning of the PID variables, I was not surprised. The second cycle, obviously longer was more relaxed and I was able to almost take my thumb off the directional stick. By the third cycle it was becoming fun. As the battery faded, you can see that I commanded more throttle to maintain hover..until the APM finally decided the battery was done. Stabilized mode was used for this evening's flights.

If the two problems had not surfaced, I had hoped to get my wife to take some photos. Alas the tests were done near the cover of dark and in partial carport lighting shining onto my driveway. I do want some photos of it in the air to update the Instructable build and to show the skeptics that it really does fly.

My plans for this quad are mainly to educate and demonstrate that the material costs for an quadrotor can be held low but still not utilize what I call 'Minimalist Adaptations'. There still exists a need for young people to take raw material, use their minds, and create something interesting, useful, and fun. The greatest benefit is they might learn something practical in the process.